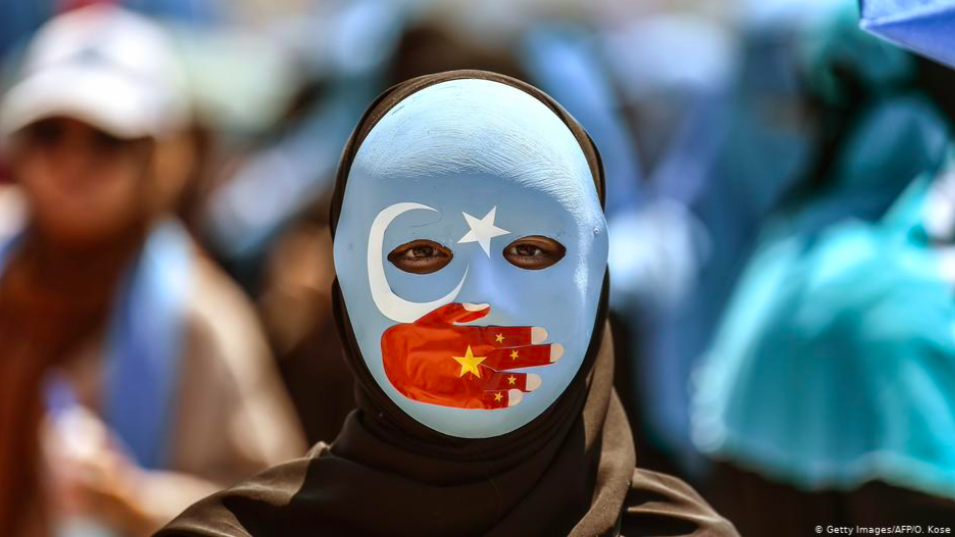 For the past few years, China has been repressing and violating the human rights of the Uyghur Muslim minority. These people are being placed in camps that sound and feel oddly familiar to concentration camps. Overwhelming witnesses and video footage have exposed the abuse that is taking place. China has been trying to mask these camps as a place for education, but the opposite is evidently true.

The Uyghur Muslims (alternatively spelled Uighur) are a minority group native to the Xinjiang Uyghur Autonomous Region in Northwest China. They have a population of roughly 12,123,000(1). They are from a Turkic ethnic group culturally affiliated with the general region of Central and East Asia. The majority of Uyghurs live in the Xinjiang Uyghur Autonomous Region in Northwest China and speak Standard Xinjiang and Standard Soviet. Xinjiang has been under Chinese control since it was colonized in 1949. The land in which Xinjiang is located is very rich in natural resources such as oil and mineral supplies, which has led to Xinjiang being China’s number one producer of natural gas(2).

The reasons why Uyghurs have been targeted by China are numerous, but the most notable one is China’s claim that Uyghur Muslims hold extremist views and are a threat to security(3). Their main evidence for this is an attack on the 28th of October, 2013, when a four-wheel drive vehicle ploughed through a group of pedestrians near the iconic square in central Beijing, killing five people and injuring dozens(4). Another incident is that of the Kunming station attack in which 29 people were hacked to death and more than 100 others wounded(5). Both of these cases were claimed by Uyghur Militants.

In 2017, the Xinjiang government installed a law prohibiting men to grow long beards and women from wearing veils. There has also been a destruction of dozens of mosques, stripping these people of their religion. Since 2017, the authorities in Xinjiang have detained many hundreds of thousands of Uyghurs as well as other Muslims in “re-education” camps. Inmates undergo months or years of brainwashing and interrogation aimed at transforming them into loyal supporters of the Chinese Communist party. Some survivors of these camps have come out and told their stories, including Gulbahar Jelilova. Jelilova was first arrested in 2017 while staying in a hotel. When transferred into the camps, she was taken to a secure room with heavy metal doors and then put into a small room with no windows. Inside the room, there were about forty women. Half were standing up, while the rest were laying on the floor back-to-back. Jelilova says all the women wore heavy chains on their feet. When in these rooms, they were deprived of basic hygiene, food, and water. She and the rest were subjected to brainwashing. Their captors wanted them to fully commit themselves to the communist party. Once a week they were shown a video of Xi Xinping, and were given writing assignments in which they had to talk about themselves in order to prove that their way of thinking had changed and “improved”. Every Monday at 9:55am they had to sing the Chinese National Anthem. If they didn’t sing, they were deprived of food and then were punished(6).

When a letter was sent to the U.N. Human Rights Council condemning these camps, 37 countries including Saudi-Arabia, Egypt and Qatar defended China’s “Remarkable achievements in the field of human rights”. The U.S has condemned these camps, as well as 30 more countries calling these camps a “horrific campaign of repression”. Still to this day, little global action has been taken to try to free these people. China has denied the existence of these camps, but with overwhelming video, written, and witness evidence, the mistreatment and abuse of the Uyghur Muslms at the hands of the Chinese Government is evident.

History like the holocaust and concentration camps are here to show us what kind of things shouldn’t be repeated. This abuse toward Uyghur Muslims will only continue to grow and worsen if nothing is done. We as citizens, representatives, governors, presidents need to take action. We can’t allow things to worsen and become something that future generations wonder why no one did anything.

Learn more and ways to help:

Leaked Files about the Camps: http://nyti.ms/2KaDplq

Hello my name is Emily. I'm currently a junior.