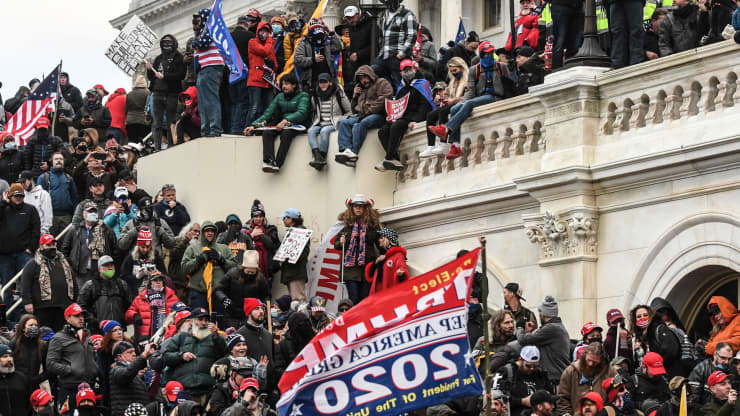 Trump began his presidency in 2016 when the first scandal of his term had risen. A man he had hired to be his national security adviser, Micheal Flynn, had broken the law by contacting Russia and perhaps meddling before he began his job. When evidence was found and brought up to him, he lied and was convicted but later pardoned by 45th President Trump. Micheal Flynn has a brother, Lt., Gen. Charles Flynn, who is recently in the midst of a scandal that we are all for the most part aware of.

January 6th, the day of the capitol riots, was a day that will be embedded in our heads. The capitol riots encouraged by our former president led to deaths and injuries of not only these rioters but of the cops protecting our government leaders. It led to a flag in which we fought years of war to get in with such ease because of the corruptness of our former leader. The riot had escalated quickly and violently yet Trump had not called for the national guard. It was not until our former VP, Mike Pence had taken matters into his own hands that backup was called for. Trump and his administration were elsewhere and celebrating the fall of the American government. However, is it speculation that the call was made to Lt. Gen. Charles, and from the call they had decided that their backup was not necessary? Could he be conspiring with his brother, the previously pardoned criminal in cahoots with Trump? What made matters worse is originally the army tried to cover up the mistakes made by Charles when the scandal was brought up the first time. The Washington Post reported that the army “falsely denied that Lt. Gen. Charles A. Flynn” was involved in key meetings. This story is still unfolding before us and mixed media are reporting there reporting on it currently so what is true or not, is not 100% certain but the pentagon is stating that there was no intentional delay.  We are only left to ask how far this corruptness in our government goes? While Trump was still our president at the time and the president is technically in charge of our militia this was too far close to tyranny.

Hello, my name is Viviana, I am a senior as well as a section editor of this year's paper.