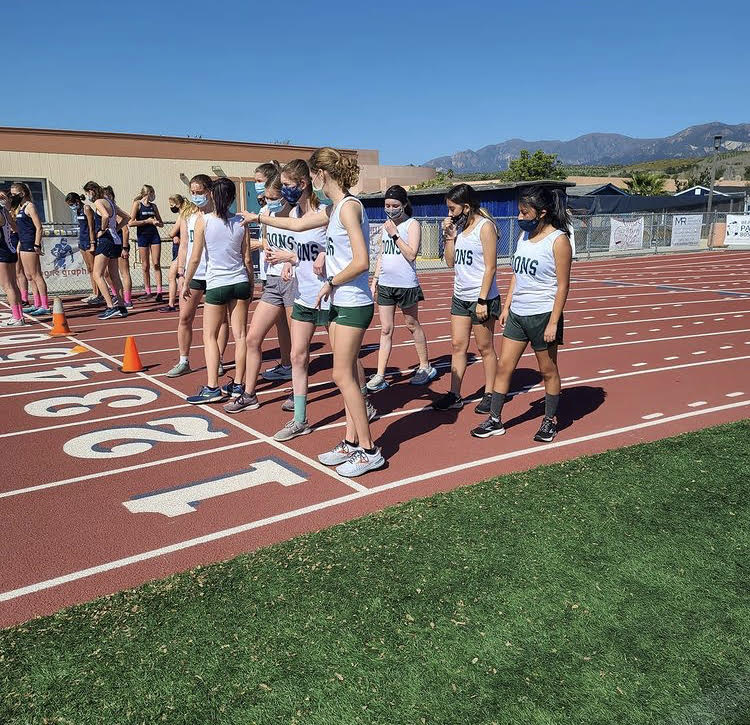 It seems that just a month ago, there was no hope that there would be anything close to a season for any sports at the high school level due to the extremely high COVID-19 numbers, especially in California. But a few weeks ago, things seemed to change, and soon enough, seasons were beginning to be planned out, practice restrictions were eased, and now things are beginning to look up. Although many rules are still in place, many sports now have a season planned, and one sport, cross cuntry, has already completed its whole season, which was shortened drastically due to COVID-19, but it was still a successful season nonetheless, and certainly a great debut for all high school sports.

Cross country has always been the frontrunner for sports that could most likely return to regular competitions since Cross Country is a rather easy sport to monitor safety-wise. After they got permission from both the state and the county health officials, Santa Barbara High School was able to have their first cross country meet at the end of February, almost a year after COVID-19 hit the United States causing a mass shutdown of all athletics indefinitely. The Dons’ first meet was a dual meet, meaning they would only compete against one other team which for that meet was Dos Pueblos. The meet went successfully, and coaches and officials were very strict to prevent any type of outbreak that could occur within the teams. The Dons’ boys dominated and won easily over the Chargers, and the girls put up a good fight until the end, losing by only one point in a point system based on your positions in the race and what place you get. But this first meet was less about scoring and more about just enjoying the moment these student-athletes had. It was a great experience and a great way to bring in the sports season for high school athletes.

The cross-country team then had a meet the next week, against our rivals, San Marcos. The Dons ran their best and blew the Royals out of the water, both the girls and boys crushing them and taking the victory. It was a good win for the Dons and a huge ego booster for all. One Don stuck out above the rest though; Freshman runner Blaise Snow dominated in both meets, as he got first for his division in both, and has shown lots of potential and greatness for being only a freshman. They then had their last meet the following week where the Don’s dominated once again over their opponent, and Blaise Snow got first once again, even in terrible conditions due to all of the rain and hail Santa Barbara had gotten a few nights before. It did not stop the Dons from being on top!

With the cross country season a success, there is hope for all sports in the public school system in Santa Barbara. Especially since there was no outbreak in any of the meets, and everything seems to have gone well. Hopefully, with Cross Country leading the way, water polo, football, and other sports also starting their season will be successful, and someday, we can go back to a new normal and have all sports return to the way they once were. Always remember though, if we want these sports to return and for people to be able to watch them like they once did, we must wear a mask, social distance, and not gather in large groups. If we can all do our part, we can finally go back to our “normal”.

My name is Andre battle and I am the sports editor for the Forge! I love basketball, the beach, and hanging out with my friends. I am a Junior and have been doing the forge ever since freshman year.