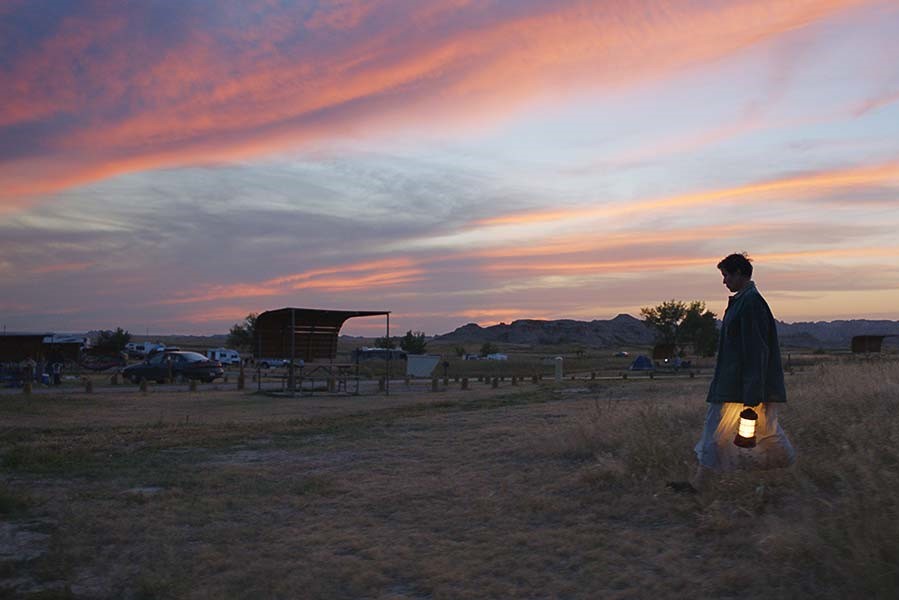 If you pay any attention to movies, entertainment, or culture at all, it’s nearly impossible that you haven’t heard of Nomadland yet. After winning twice at the Golden Globes for best director and best motion picture, this movie has grown in popularity and received widespread acclaim. With all of the buzz about this movie, I thought I’d give it a watch to find out for myself why so many people love it.

Nomadland is Chloe Zhao’s latest movie, which follows the main character, Fern, who lives and travels in her van. She lives a very rough and challenging life, always on the move to find work, much like the nomadic people of the past. The plot focuses mainly on this style of life and the characters that live it, using Fern as a window into the nomadic world of the present day. These people that Fern meets have all been somewhat marginalized by the world, leading them to live life on their own terms while traveling around the country. One scene that stood out to me was when Fern had first arrived at the “nomad” community in the desert and began to fit right in with all of the other travelers. Watching all of these independent people come together to form a network and community was very entertaining, and was a very heartwarming moment in this film.

Throughout the rest of the movie and all of Fern’s encounters, the audience starts to wonder what “home” really means. For most of us, it’s living in a house with our family members, but for some, home can be living on the road all the time. This story about what home means to Fern is very well told, and it’s what makes this movie so great in my opinion.

Aesthetically, I think that this movie looks exactly like how it should look. It has a very raw feel, which fits the movie well since it makes it slightly more personal. It’s all set in the empty desert landscapes of the American west, which adds to the film’s visual appeal.

After watching and analyzing, I can safely say that Nomadland lives up to the hype that it has earned. Frances McDormand does an excellent job playing Fern’s character, showcasing the struggle that some people go through. Overall, I think this movie has an amazing idea behind it, and I think the story that was written does a great job of showcasing that idea, leaving us all to question what home really means.

Hi! I’m a junior at Santa Barbara High, interested in music, movies, and art. I’m new to the Forge and I’m excited to write more!