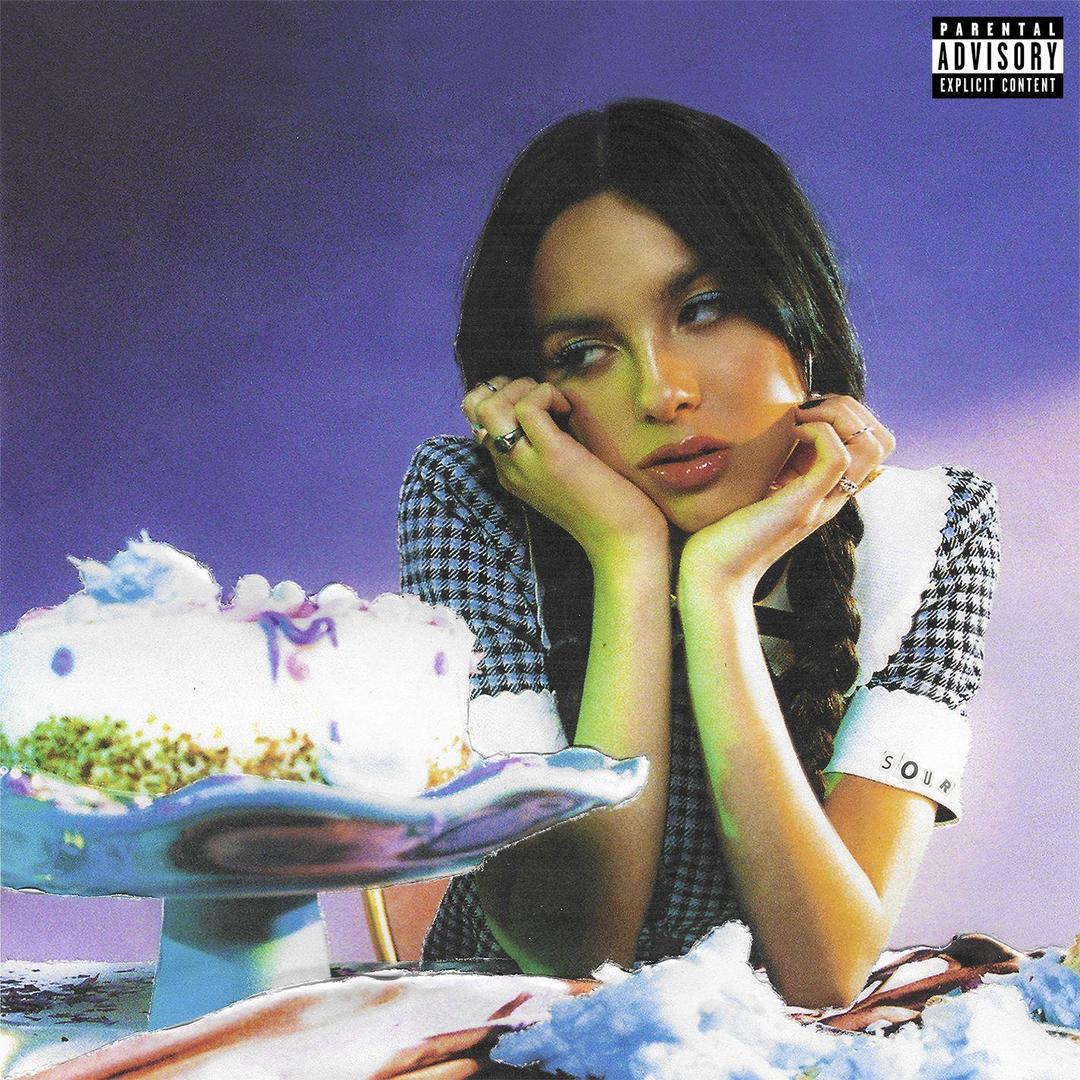 The record starts with punk-alt-pop track ‘brutal’ and follows up with the ballad ‘traitor.’ The third track is a radio hit and the first single off of SOUR, ‘drivers license,’ followed by bittersweet songs ‘1 step forward, 3 steps back’ and her second single from the album, ‘deja vu.’ The next track is the third and final single released before the release of SOUR, ‘good 4 u’. Next on this chaotic and emotional tracklist is ‘happier’ followed by angry and alternative ‘jealousy, jealousy,’ with the Bonnie and Clyde-esque ‘favorite crime’ next. The final track is a heartbreaking ‘hope ur ok.’ With a tracklist as diverse as this, it’s no wonder this album became the longest-reigning number one album by a female artist in 2021, spending a total of five weeks at the number one spot on Billboard’s top 200.

Rodrigo wrote the majority of these songs in late 2020, after she was rumored to have broken up with her co-star on Disney’s “High School Musical: The Musical: The Series,” Joshua Bassett. Bassett is rumored to have started dating actress and singer Sabrina Carpenter a mere two weeks after the breakup. According to Rodrigo in chart-topping “driver’s license”, “[She] just can’t imagine how you could be so okay now that I’m gone”. Bassett clapped back with the lyric, “You’ve been acting oh so innocent like I’m the only one to blame, you’ve been lying to yourself,” on his single “Lie Lie Lie” released January 14, 2021. Carpenter fueled the flame with the release of “Skin” with lyrics, “You can try to get under my…skin while he’s on mine”. The trio has yet to confirm any of the drama, but fans of Rodrigo unabashedly attacked both Bassett and Carpenter, going as far as to send them death threats. These did not stop even when, according to Billboard magazine, Bassett was hospitalized. This hospitalization occurred the same day of the release of his single “Lie Lie Lie.” Bassett suffered from heart failure with only a 30% chance of survival, and was told that if he had come in even 12 hours later, he would have been found dead in his apartment. He thankfully survived, though the threats did not subside.

Olivia Rodrigo is not only a singer, but a songwriter. She has written many songs including all of the tracks on SOUR. The majority of her lyrics revolve around the idea of someone being perfectly fine after a breakup, and feeling alone in the very feeling of being alone. The bittersweet theme that fills this album is extremely prominent, as seen in the song “traitor” with the lyrics, “God, I wish you had thought this through before I went and fell in love with you,” amongst many other similar lyrics that enunciate the idea of unrequited love that is eminent throughout “SOUR.” This record also has themes of “reused” love. In the track “deja vu” she has the lyrics, “A different girl now, but there’s nothing new” alongside “Strawberry ice cream in Malibu? Don’t act like we didn’t do that sh*t too,” that reinforces this theme. Rodrigo has also stated that the song “deja vu” is influenced by “Cruel Summer” by singer/songwriter Taylor Swift. This isn’t the last of Swift’s influences in “SOUR.” On “1 step forward, 3 steps back” Rodrigo sampled the music in “New Years Day” from Swift’s sixth studio album, “reputation.” The final theme on this album appears to be self-hatred. This is extremely notable in tracks “brutal” and “jealousy, jealousy” with lyrics like, “I’m so sick of myself, I’d rather be, rather be, anyone, anyone else,” and “I feel like no one wants me, and I hate the way I’m perceived.” However, these lyrics could also be a reflection on the music industry rather than the feeling of self-hatred.

Olivia Rodrigo has had a fantastic year career-wise, and her album was wildly successful and extremely well received by the younger generation. This eleven-track record helped Rodrigo transition from actress to musician. Bouncing back from a difficult time in her life, Rodrigo has shocked the world with her musical abilities, and her fans are excited to see what she has in store next.