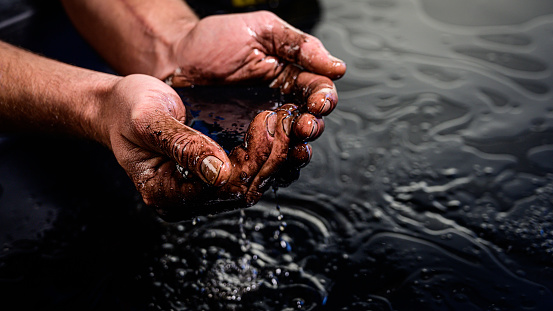 On July 22 of this year, the Biden administration announced the decommissioning of California’s oil rigs, specifically centered around Santa Barbara county. Since then, however, no other updates have been reported, and the oil derricks remain the same. So why is it so challenging to remove hunks of metal from the sea? Why haven’t we removed them already? Some of the answers lie hundreds of feet beneath the surface of the ocean, whilst others hang among the highest ranks of prominent oil companies.

1966. The oil business was at an all-time high, and demand for more oil was soaring. Upon the discovery of oil off of California’s coast, major oil corporations began building massive pipelines and incredible derricks to further expand their empire. During this golden age, 23 derricks were built off of Southern California, four of which were within Santa Barbara County. Then, in 1969, tragedy struck, and Santa Barbara’s oil derrick, Holly, spilled 80,000 barrels of oil into the Pacific Ocean. Dead dolphins and dying coral washed ashore, sparking protests all around the world. Since then, environmental activists and locals have fought against the multibillion-dollar industry, and today, the majority of these oil derricks lie dormant off of our coast, unused and virtually unattended. But that’s a good thing, right; at least they won’t be in use anymore? Unfortunately not. The webs of pipelines and shipping routes still wreak havoc on our ecosystem, whether it be from the toxic sludge that drifts from the sand or the oil ships passing through. In fact, the seaward method of shipping is the most dangerous way of transporting oil, with thousands of accidents occurring a year. So obviously, these skyscrapers of the sea should be removed, but here is where the controversy begins.

Currently, there are 3 main options regarding the potential removal of the oil derricks, the first being complete removal. This means that all pipelines, supporters, and cranes would be removed, and there would be nothing left. The second option is to remove the top half of the rig, as well as a third of the supports left under the surface. A large light would then be added to each remnant of the oil derricks so ships do not pass over it. And finally, the third option would be recommissioning each oil derrick as a shipping pit stop for oil tankers. Each of these options come with their own pros and cons, but only one can be chosen.

This option seems great – it’s like we are simply leaving the area as we found it, and no harm no foul. But, several downsides are associated with this seemingly perfect plan. Firstly, removing all of the derricks and their corresponding parts would cost millions of dollars, assumingly from the taxpayers money. Considering that we already have high taxes as is, and our limited resources are heading towards battling covid, the majority of people may not be up for paying for the removal. In addition, enveloped around the underwater supports lays the most prosperous man-made marine habitat in the world. You can just imagine how many fish, coral, and other marine creatures have made their home between these supports. Removing them would result in the deaths of thousands, if not more, aquatic animals. However, there would be a couple of benefits to come with this otherwise horrendous occurrence. Number one, our views would be clear, free of metal burdens sucking beauty out of our coastline. This not only would make the view more pleasurable, but it would boost the housing market by a considerable amount. The second reason is simply that we are undoing the wrongs that we made when we built these monstrosities; a clean slate if you will.

I am partial to this option because it keeps 95% of the biomass surrounding the supporters alive and well, while still clearing our views of these towers. However, a few cons come with this as well. First of all, due to the coast guard’s regulations, we would have to install large, bright lights above the remnants of the derrick, so ships would not be harmed passing over it. This would take away some of our views, but it is definitely better than what is already there. Another con is that all the pipelines and piles of toxic sludge would still remain in place, potentially causing another environmental disaster further in the future. While this theory is unconfirmed, there is certainly merit behind it. However, this whole strategy would also save tons of money and manpower, while maintaining the surrounding habitats and views.

Option three is the recommissioning of the oil derricks, and this would have the greatest impact in all economic, political, and environmental categories. This was first proposed by the Santa Barbara County staff, and since then, they have officially endorsed the renovation and recommissioning of our oil derricks, which would also come with the reinstitution of Route 166. Route 166 used to be a route taken by oil tankers, with 70 tankers coming through a day. It was also the most destructive shipping route used in the oil industry. This endorsement also adds political pressure to surrounding counties as well and has caused tension among anti-oil activists and our local government. Indigenous peoples are also opposed to this plan, “The proposed trucking of oil, while simultaneously moving forward with an entire oil pipeline replacement project, is unthinkable.” Oil trucking is the most dangerous way of transporting oil, which is why SB county’s endorsement is so controversial. However, an argument could be made that the recommissioning would bring a much-needed economic boost, and theoretically, it could bring new jobs and opportunities for Santa Barbara residents.

These ghosts of the past have been a burden on Southern California, whether it be environmentally, politically, or economically. For a long time, they have been forgotten, a figure in the distance, but now, they are coming into the limelight yet again. What do you think of these oil rigs that lie on the horizon? Answer in this online poll and voice your opinion!