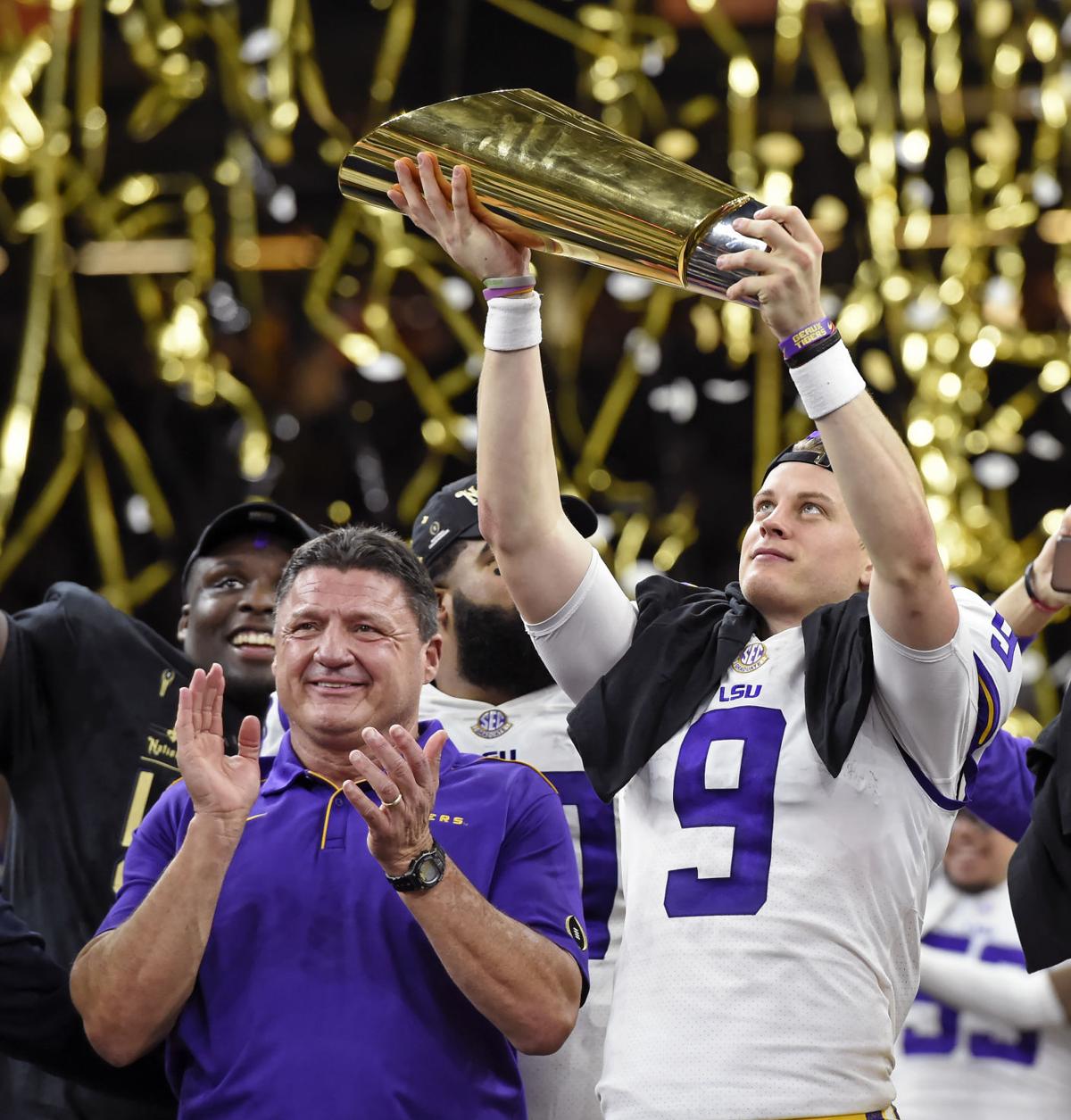 The anticipation and excitement surrounding the College Football 2019-2020 season was high after the Clemson Tigers took home the National Championship the previous year, ending their season with a perfect record. Going into the season, the top-ranked teams included Clemson, Alabama, and Georgia. The prestigious Heisman Trophy award goes to the best player in all of college football and last season it went to Kyler Murray from the Oklahoma Sooners.  The players that began the season leading the Heisman Trophy race were Trevor Lawrence, Jalen Hurts, and Tua Tagovailoa. Quickly however, LSU quarterback, Joe Burrow, began to make his case as the leader in the Heisman race, which he eventually won, as he was voted college football’s best player.

Some of the notable games from this year included Alabama vs. LSU where the LSU Tigers, led by Heisman trophy winner, Joe Burrow, beat the Crimson Tide in a high-scoring 46-41 outing. Another noteworthy game was at the Iron Bowl, where Auburn beat Alabama in a close 48-45 game, in which the Alabama kicker missed a field goal that would’ve tied the game in the closing seconds. A final significant game this year, prior to the playoffs, was the Notre Dame vs. Georgia game, where Georgia came out on top with a close final score of 23-17 over the Fighting Irish. There were plenty of other fantastic games this season; it’s hard to pick just a few. Throughout the season, there was the rise and fall of multiple top tier programs. Possibly the biggest surprise this year was how inconsistent Texas played. Expected to be in the running as one of the top teams in the nation, they eventually finished 8-5. Another suprise for this season was when unranked South Carolina devastated Georgia’s playoff hopes in an overtime upset with a final score of 20-17.

This season’s bowl games were full of incredible plays, huge games, and program defining moments. The two semifinal games this year were the Peach Bowl at the Mercedes Benz Stadium in Atlanta, and the Fiesta Bowl at the State Farm Stadium in Glendale. To finish the season the top four teams playing for the championship were LSU, Ohio State, Clemson, and Oklahoma. In the Peach Bowl, the LSU Tigers smashed the Oklahoma Sooners with a score of 63-28 in a riveting game where LSU quarterback and Heisman winner, Joe Burrow threw for 493 yards and 7 touchdowns. The other semi-final game was the Fiesta Bowl, where Clemson beat Ohio State 29-23, and Clemson safety Nolan Turner made the game-sealing interception that advanced the Clemson Tigers into the National Championship Game where they would take on the LSU Tigers.

This year’s National Championship Game took place at the Mercedes Benz Superdome in New Orleans. For the LSU Tigers, the Championship game felt like a home game, as the Superdome is only 80 miles from the LSU campus in Baton Rouge. It was the opposite for the Clemson Tigers, as they had to travel nearly 600 miles from South Carolina to New Orleans. The match between these powerhouse teams was destined to be a quarterback duel between two top tier quarterbacks. Going into the game, the LSU Tigers were as confident as can be in their offensive efficiency that would eventually carry them to a championship win. When the game began, LSU got off to a slow start in the first quarter, but once the second quarter hit, the team kicked it into another gear and led 28-17 over Clemson going into halftime. Coming out of the locker room, Clemson needed to pick it up on offense and find a way to shut down LSU’s high powered offense. Unable to get the ball in the end zone more than once in the second half and stop Joe Burrow, the Clemson Tigers fell short of the a National Championship with a final score of 42-25. After this enormous win for the LSU program and the state of Louisiana, the LSU Tigers ended the season with a perfect record of 15-0, and Joe Burrow set a new NCAA record for touchdowns responsible for with 65 total. This season of college football was an incredible one filled with record-breaking moments, huge upsets, and incredible matchups.