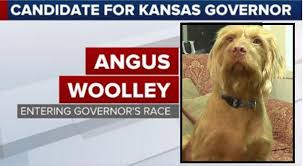 Recently a Kansas man, Terran Woodley, tried to run his dog Angus for Governor. Although the wiry haired vizsla was denied the right to run in the gubernatorial race, this attempt highlights the history of animals in government offices in America. While animals may not be able to run for Governor, many have run and successfully won positions  in small local governments.

There have been a plethora of fuzzy Mayors throughout America and the world; for example, Bosco the dog was Mayor of Sunsol, California. As a true American hero Bosco was able to do some good ol’ commie stompin’. A Chinese publication tried  to use Bosco as evidence for why democratic elections do not work, give the people the privilege of voting, and they choose a dog. Bosco and his office could not stand for this and made Bosco the symbol of democracy as the mascot of the Tiananmen Square Protests, where Chinese students gathered to advocate for democracy and choice.

Having a dog represent your town is a true representation of democracy. Some of these animals have even benefitted the town. In Talkeetna, Alaska a tabby cat named Stubbs was elected mayor and the small town actually saw an increase in tourism. You could see the little tabby doing his business in his mayoral office, which was also the town’s local general store. His term as mayor was not all sunshine though; in 2013 Stubbs was attacked by a dog and came very close to death, but due to worldwide donations and taxpayer money Stubbs was able to pounce another day.

Other times animals in government have been elected as a symbol. Tiao was a monkey from Brazil, the citizens used him to try and bring more attention to the corruption of their government. They used the campaign slogan, “Vote monkey-Get monkey” in order to try and distinguish how the monkey would get business done compared to all the career politicians who, in their eyes always claim to promise one thing and when they get elected they do not keep their promises. Brazilians also used a rhino named Cacareco to once again protest the corruption of their government. These kinds of protests are creative and fun but they both failed to bring the real change that I think the Brazilians wanted.

What about a goat President… or a poodle? In the small New Zealand town of Whangamomona, the  town opted to be a republic and elected a human president, Ian Kjestrup, who was unaware of himself being on the ballot. In order to add another anomaly to their election history the town elected Billy the goat. He had a short term of just 18 months until his death. The town decided to keep the tradition of having animal presidents, and after Billy the goat came Tai the poodle, who had a similarly short career. Now the town of Whangamomona has a human president, Myrtle “The Turtle” Kennard. We could have had a similar situation in our country. Pigasus aimed to be the president of the United States and was backed by prominent activists Abbie Hoffman and Jerry Rubin. Although he was a tough candidate during his candidacy speech he was arrested and never seen again; maybe someone had him for dinner?