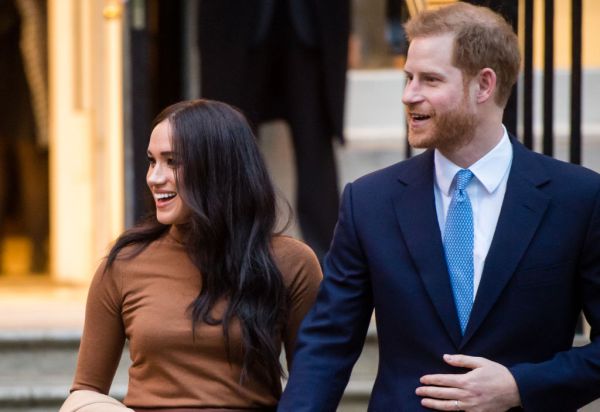 The continuing saga of The Duke and Duchess of Sussex has been dominating current news coverage surrounding the royal family. It has been reported on The Royal Sussex website that Harry David and Meghan Markle have made the decision to step away from the crown-financially and role or duty wise, that is. Harry’s statement posted on The Official Website of The Duke and Duchess of Sussex, reads, “We have chosen to make a transition this year in starting to carve out a progressive new role within this institution. We intend to step back as ‘senior’ members of the Royal Family.” The update that follows is one including a link to a post on the official Instagram of the Duke and Duchess from the 18th of January, 2020. The post is a statement from the Queen stating her thoughts and views on her son and daughter-in-law’s decision. In the statement, she says “It is in my whole family’s hope that today’s agreement allows them to start building a happy and peaceful new life.” Based on the nature of the Queen’s message it seems as if she is quite accepting of their choice and simply wants the best for both of them.

What is still up for debate, though is the true reasoning behind why Harry and Meghan have made the life-changing decision to leave the royal family. Some sources, such as USA today and Showbiz, state that it was due to the many stresses involved in royal life, while others, like Inc. state that racism and overall discrimination towards Meghan was the cause. Prince Harry states, however, that the reason for their exit was that he wished to “continue serving the queen, the commonwealth, and my military association but without public funding,” he goes further to say, “that wasn’t possible”. Although Harry does not release the exact reason his request was refused one can assume it has to do with the Queen and her advisor’s view on how the royal family should be run. Harry gave his exit speech at a charity to help children in Africa, the coverage can be viewed on youtube.

There is a significant amount of curiosity and speculation in the air regarding how Prince Harry and Meghan will be involved in the Royal, life if at all. It’s apparent that they will continue to work with charity and organizations, they’ve committed to, as well as future charity projects they’ve announced. At the moment, it is difficult to find sources where the Sussex brand, a brand that featured a large amount of Harry and Meghan’s wedding merchandise, can be purchased. It’s been reported that their titles have also been revoked; they will no longer go by His/Her Royal Highness however their titles of Duke and Duchess will remain in good standing.

With the internet being a more pervasive part of today’s culture, it comes as no surprise that they’ve received plenty of comments from fans and a remarkable amount of backlash from those who dislike the couple. Meghan, in particular, seems to be facing an incredible amount of negativity and hateful comments, especially on Instagram, in response to what seems to be her husband’s decision. Despite this backlash, it seems that Harry, Meghan, and the Queen are handling the situation maturely and respectfully.  The speculation and rumors surrounding Meghan and Harry’s decision are not guaranteed to be true. As viewers watching the royal family from the outside, we cannot assume all that is truly going on within the “walls”. This is why we should remember that they are still people, and they should be treated as such in turn. People make mistakes, and want things that seem foolish or unwarranted by others; the Duke and Duchess of Sussex are no exception. The two seem to be furthering their help within charity and creating more opportunities for people to get involved. This generous work is what should be focused upon, rather than the reasoning behind their exit or how this exit determines the type of people they are.