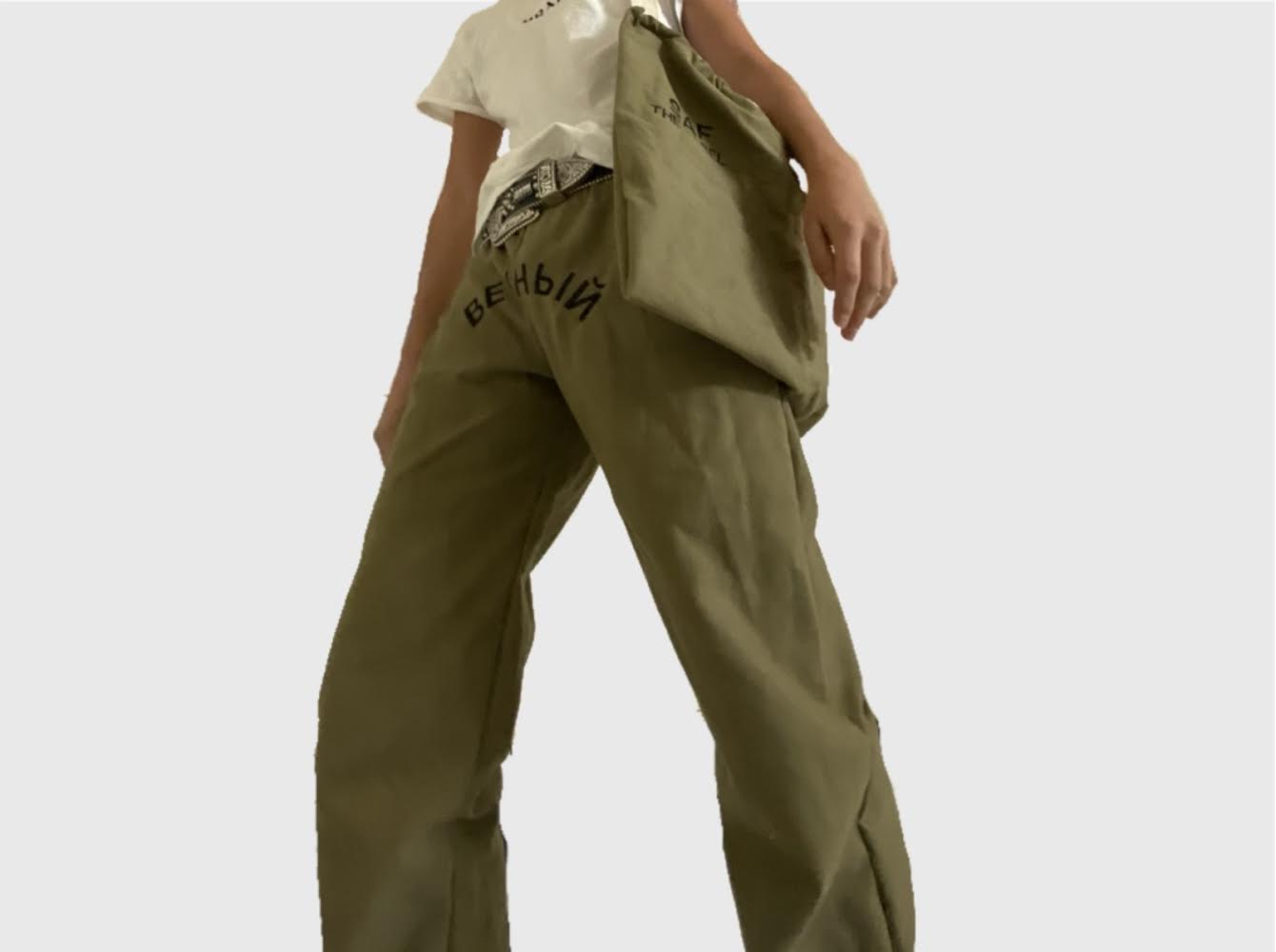 Artist of the Month: Steven Fields

The artist of the month for February is Steven Fields, an 11th grader in the MAD Academy. He is interested in the fashion industry and is currently working on his own brand, SAF. He started to work on the business in his sophomore year and hopes to start selling pieces in March. It became an interest over quarantine when his grandmother got him a sewing machine. He took some lessons and started creating garments from scratch.

SAF is a street style brand that uses earthy and neutral tones. It is a brand with raw edges and denim work all hand-made by Steven. He also hopes to get more into embroidery as time progresses. He goes to the LA fashion district for the fabric, and if he finds a good piece at the thrift store, he will make something new out of it.

He mentioned that he “skates, and fashion is a big part of skating”, and explains that one reason he got into fashion was because of skating and the culture surrounding it. He says that he wanted to try something different, and saw no one else was doing this sort of fashion within the community.

Fields credits MAD for helping him with the brand. The academy helped him to be more creative and opened up his senses to the creative world. More specifically, he mentions that people these days mainly use Adobe Illustrator for many of the designs, which is an application you learn to use in MAD. It assists with coming up with good designs and, more importantly, executing them. One of the hardest parts of being an artist is taking your ideas to paper, but now he’s able to take the concepts and actually bring them into existence.

He has his eyes set on going to fashion school and hopes that his business will be good for his portfolio. He hopes to go to the Fashion Institute of Technology, which is based in New York, one of the capitals for the fashion industry and home to New York Fashion Week. During Fashion Week, the top fashion houses in the industry host some of the richest and famous people in the world to showcase their designs and season’s collection.

He hopes to go into high-end fashion, based on his current brand. I asked if he was thinking of brands like Off White which are brands that still hold more street style pieces in their collections. He tells me that he wants to steer completely away from the style he is currently working in , street style and has hopes to work in women’s couture.

He has no specific brands in mind, but he knows that he wants to work in that side of the industry. He has dreams to pursue a career in fashion despite it being an industry dominated by women and mostly gay men. As a straight Mexican-American man with the hopes of a future in couture fashion, it will be interesting to see how his career progresses as an under-represented figure within the industry.