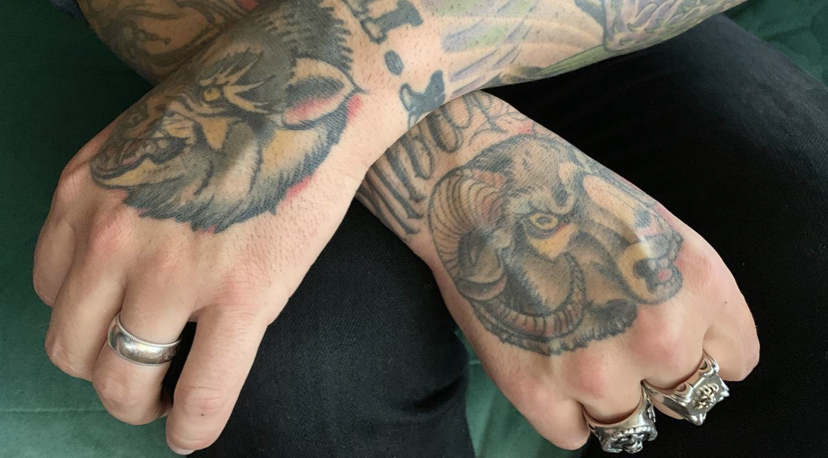 Are Tattoos Distracting in the Workplace?

For generations, there’s been an ongoing argument about whether or not body modifications are distracting in the workplace. Some argue that piercings are unprofessional and will scare away people. For example, an author on the Iowa State Daily stated, “Many school systems in the United States do not allow teachers to have tattoos.” Or if they even want tattoos they can’t be visible.

The workplace normally puts people in a box right away when they find out you have tattoos. A researcher on Workopolis decided to research how tattoos affect the chances of you getting hired, and found out that a 77% of employers will or might be less likely to hire you if you have tattoos. The reason the percentage is so high is that the person who is hiring is also thinking about the customer’s opinion. If the customer is scared off then they can’t make money.

Age is also considered to be a factor with the perspective on people with tattoos. Older people are the ones more likely to be concerned about tattoos than the younger generations. In their time tattoos were not ok while young people were raised with it being normalized.

I decided to interview my cousin since she is a young adult with a lot of tattoos looking for a job. The first question I wanted to ask was if the location mattered because she lived in Bakersfield. She replied that it does in her opinion. She thinks that the reason she’s even able to find a job is that she lives in an area where everywhere she sees someone has a tattoo. She wanted to state that she thinks that throughout the time the opinions on tattoos will change since the younger generation is starting to question the older people’s belief systems.

According to USA Today, the young generation doesn’t care if tattoos are in the workplace because they look at it as a form of art. It’s a form of expression that words can’t be used to describe. So the question of if tattoos are distracting just really depends on the person and the workplace. Certain places require a certain look they want for their company and some don’t care at all. What really matters is that a person finds a job that accepts them for who they are.