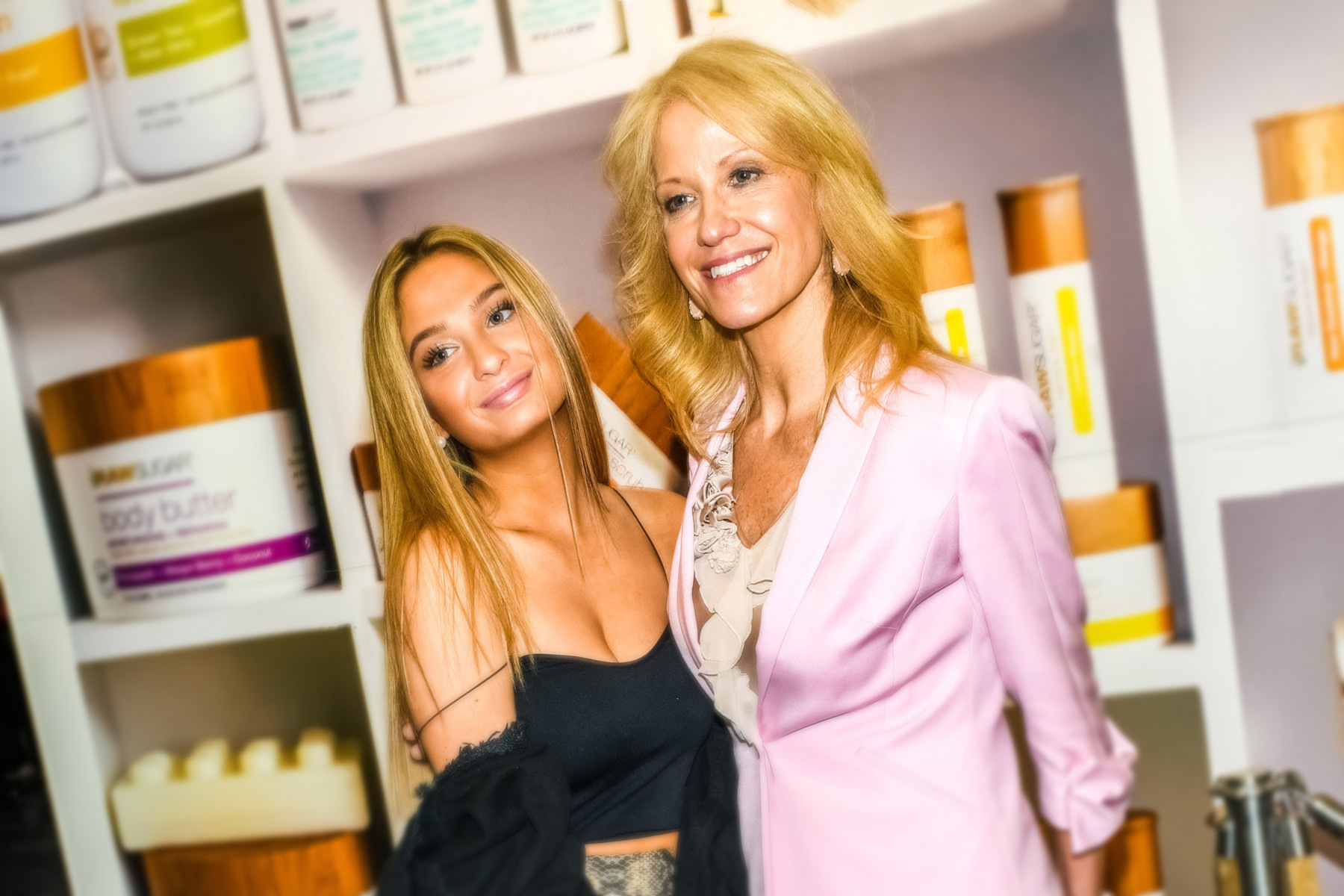 Claudia Conway, daughter of political figure Kellyanne Conway and conservative lawyer George Conway, shocked the internet by publicly disagreeing with her parents’ view on politics. She came on live with the shocking news that she wanted emancipation from her parents. Claiming that they have abused her. With her mother being such an infamous political figure, those claims have weight behind them. Allegations like that could lead straight to court. Besides already being in the public eye, due to her high profile parents, Claudia has amassed a huge following on TikTok. Her account has more than one-point seven million followers. On her platform, she has been vocal about the abuse she has received from her parents over her 16 years.

On January 25, 2021, Kellyanne allegedly posted a topless photo of Claudia on Twitter. Kellyanne shared a picture of her topless daughter by using the new Fleets feature which deletes posts after a twenty-four-hour period. That Monday on TikTok Claudia confirmed that those pictures were authentic. In her videos, Claudia stated, “I’m assuming my mom took a picture of it to use against me one day and then somebody hacked her or something,” she said. “I’m literally at a loss for words. If you see it, report it.” In another TikTok, she states,  “nobody would ever have any photo like that, ever. So, Kellyanne, you’re going to f****g jail.” The week before this incident happened Claudia posted a series of TikTok videos saying she was seeking emancipation from her parents over alleged “trauma and abuse”.

Kellyanne has said some really questionable things about sexual harassment and about Donald Trump in her opinion “honorable moral standards”. In Claudia’s position, I understand how hard it would be to grow up in a household where you’re constantly at battle with differences in opinions and differences in politics. I also know how hard it is to argue and disagree with family members who are stubbornly set in their ways, and I’m sure many members of Gen Z have shared in that frustration.

Claudia’s TikTok showed that she openly endorsed Biden. She also has supported the BLM movement and she has been open about coming out as Bi-sexual to her TikTok followers. When she tried to come out to her family they didn’t take her seriously and instantly shot her down.

In the past, Kellyanne has stated that “Jacked women can stop men from raping them.” According to The Cut “When Chris Cuomo questioned Conway about Trump’s endorsement of Republican Senate candidate Roy Moore, who has been accused of sexual misconduct by eight women, she defended him by saying, “The president has tremendous moral standards.”

According to Variety, in recent TikTok videos, Claudia Conway urged people to “stop calling authorities.” She said that she and her mother will be “taking a break from social media” and will work on their relationship. Claudia emphasized that making threats against her family also puts her in danger. “I know that my mom would never, ever post anything to hurt me like that intentionally, and I do believe she was hacked.”

It’s unclear if she’s in a dangerous position. The problem with social media is it draws a lot of unwanted attention to a situation. In her case, it has probably only made the situation worse. Her family matters, what is so publicized, should be handled privately. Other people argue that she has to do this publicly and the only way to be free from her parents is to expose them and get help from the public. Besides that, she is still consistently posting on TikTok. I would recommend readers keep updated on her situation, keep researching, and keep showing interest.