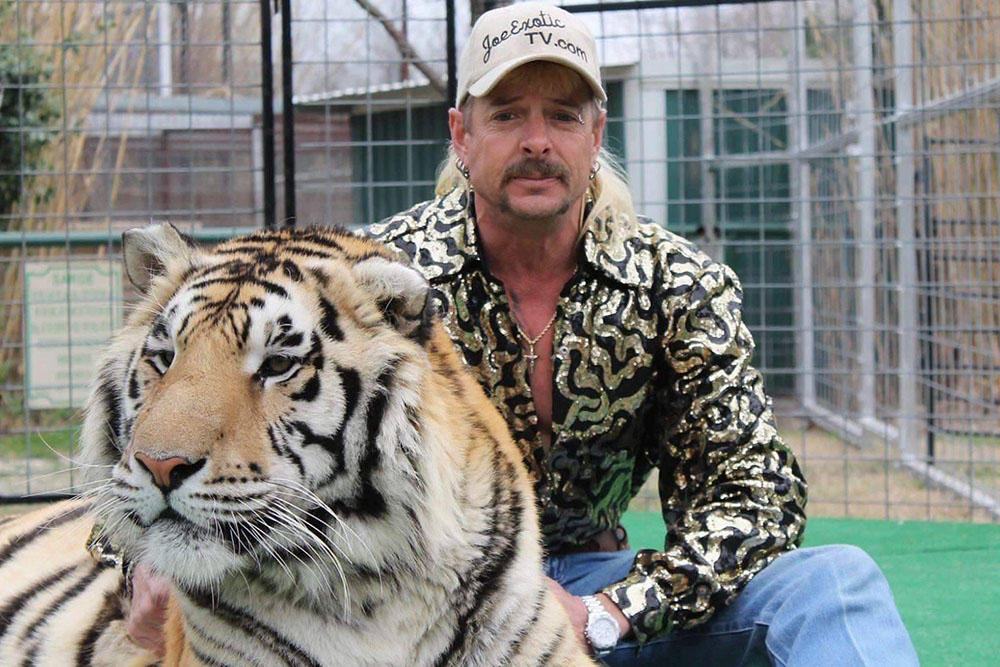 Not Your Average Joe; Did Joe Exotic Get Pardoned By Donald Trump?

The name that has been circling the internet for months is “Joe Exotic”, the infamous Tiger King. Joe has been in a constant swarm of scandal and crime. He originally got famous for his feature in the Netflix show Tiger King. Currently Joe Exotic is in jail because of the convictions that follow: “two counts of murder for hire, eight counts of violating the Lacey Act for falsifying wildlife records, and nine counts of violating the Endangered Species Act”- U.S. Attorney Timothy J. Downing. He is currently serving twenty-two years at a federal prison in Fort Worth, Texas.

The rumor that Joe Exotic was getting pardoned started as an Instagram post that turned into a national assumption. On January 19, 2021, George Resch posted a photo with the caption, “Trump to pardon Tiger King star Joe Exotic before he exits office.” The photo now is deleted, but before it was deleted it amassed 52,000 likes. According to the USA Today, “Resch said he made the post before the rumor went around that Joe Exotic might be pardoned. He said the post was “100% intended to be a joke.”

The most bizarre part of this whole situation is everybody believed that Trump had every intention to let Joe Exotic go. Joe Exotic’s private investigator Eric Love was the leader of the plan to free Joe. According to The Dallas Morning News, on January 19, Love stated that “We disproved the government’s case, we have laid it all out on the line, we know that President.

Trump has targeted himself like Joe,” Love also stated that, “The pardon will drop today.” Love was so sure that Joe would get pardoned that he hired a limo that was waiting to pick up Joe from prison. He was also sure Exotic would get pardoned because Love said, “Donald Trump Jr. is a fan of the show” and because “some people are behind the scenes.” Fortunately, after that rumor circulated it was fact-checked and Joe Exotic did not get pardoned by Trump. He still is going to have to serve the rest of his 22-year sentence.

At the end of Donald Trump’s time in office, he pardoned 74 people and commuted the sentences of 70 others. This list of 143 people includes political allies, high profile criminals, and unknown figures. Kodak Black, Lil Wayne, Desiree Perez, and Michael Harris are some of the rappers who were pardoned of their criminal charges. Presidential clemency is used to help the wrongfully accused or to grant people mercy. Before it was a power that should never be abused, but like the other aspects of Trump’s presidency, he abused his power once again.

I’m happy to say that all of this is in America’s past. We are entering a new year and hopefully, it will be better than the past years. I’m looking forward to putting Joe Exotic in the back of my mind (where he will be for the next 20 years). If you’ve been living under a rock and didn’t see Tiger King at the beginning of lockdown, you can learn more about the infamy of Joe Exotic on Netflix.