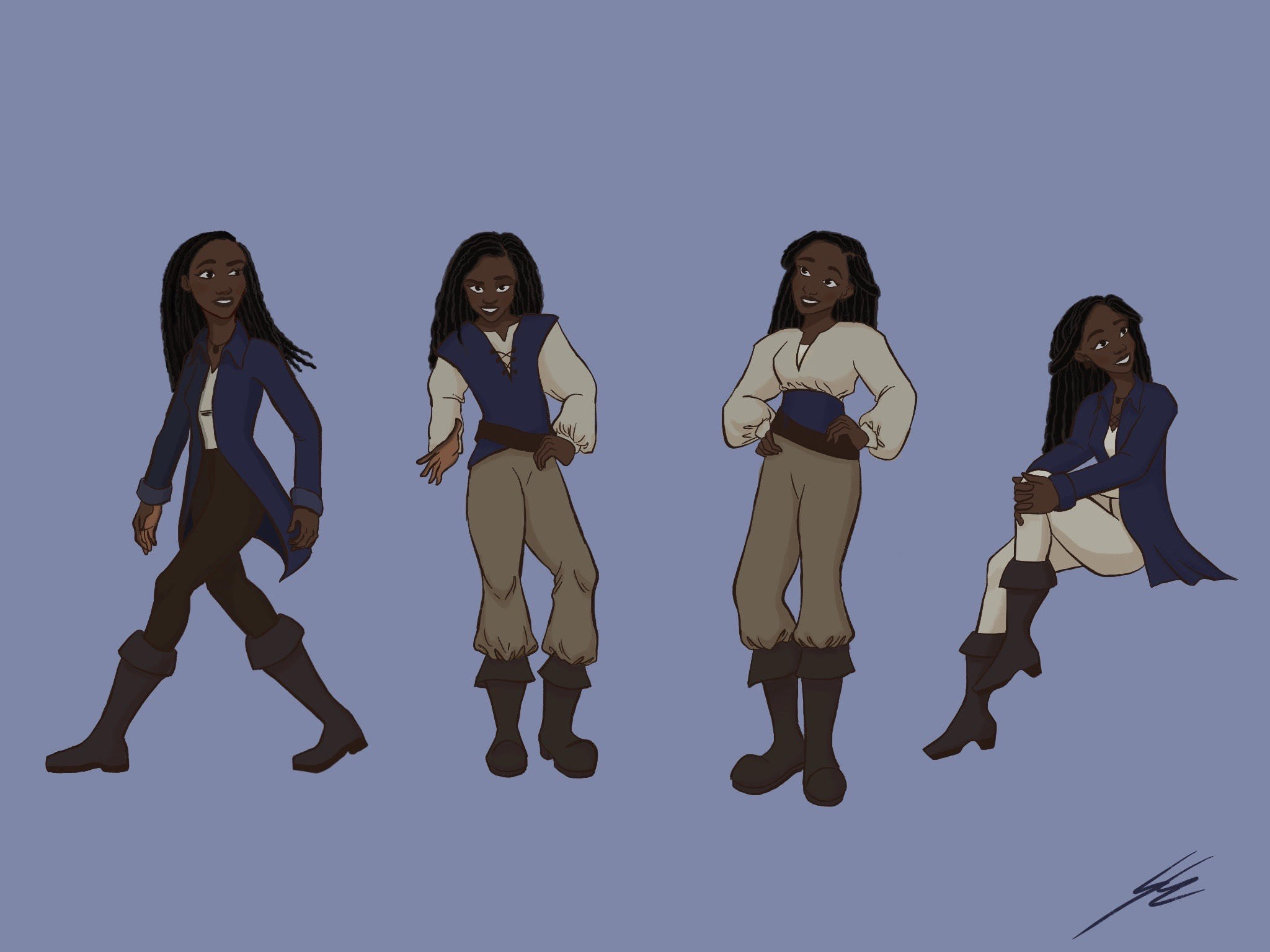 Artist of the Month: Selene Sanchez

The Forge’s Artist of the Month for March is Visual Arts and Design Academy senior Selene Sanchez. She became interested in art after watching cartoons as a child and being fascinated with the artwork behind them. She decided to join VADA after hearing about it from a friend. Though Selene enjoyed drawing as a child, she learned more about art and how to bring her ideas to life after joining VADA.

Her first memories of art that made her want to become an artist were at the Boys & Girls Club she went to when she was younger. She explained that they had an art studio there and she loved to be in there creating something new. The people there are what showed her that art is fun, and that it is something she could pursue later on. She kept on working on art at the Boys & Girls Club, and once she got ready to go into high school, she became interested in the VADA at SBHS.

She hopes to go into animation and start a career making children’s animation. She would like to attend Woodbury University for their art program. She loved cartoons when she was younger and feels that they helped her to become the artist and person she is today. She hopes to inspire kids the way the creators of her favorite childhood cartoons did for her. She says that she aspires to be like Rebecca Sugar (creator of the hit series Steven Universe) and Noelle Stevenson (creator of Lumberjanes), both two successful women working in the industry.

The piece she is most proud of is her “Black Pirate Girl” piece. A theme you see throughout her art involving the characters she creates is that they are women of color.  I asked her about this, and she explained that it’s important to have representation in animation, especially with younger audiences. As a Hispanic person herself, the cartoons from that time period of her childhood had very little healthy representation within them, and we are only recently starting to see more diversity in race, gender, and sexuality.

She loves all forms of art but especially drawing and sketching her own characters. She has become more accustomed to digital art and it has now become her favorite medium. Her goal is to make a cartoon and direct it. She hopes to go into the slice-of-life genre and she is already creating stories. She loves that animation is not just art but requires aspects of writing, acting, and music among others.

She hopes to pursue a career in the animation industry to allow for more diversity within it and to inspire young artists like her. She says that in the shows she watched growing up, it was always about a white person and everyone else is the side character. She wants to demonstrate that people of color can be the main characters too and that they can be successful no matter what.