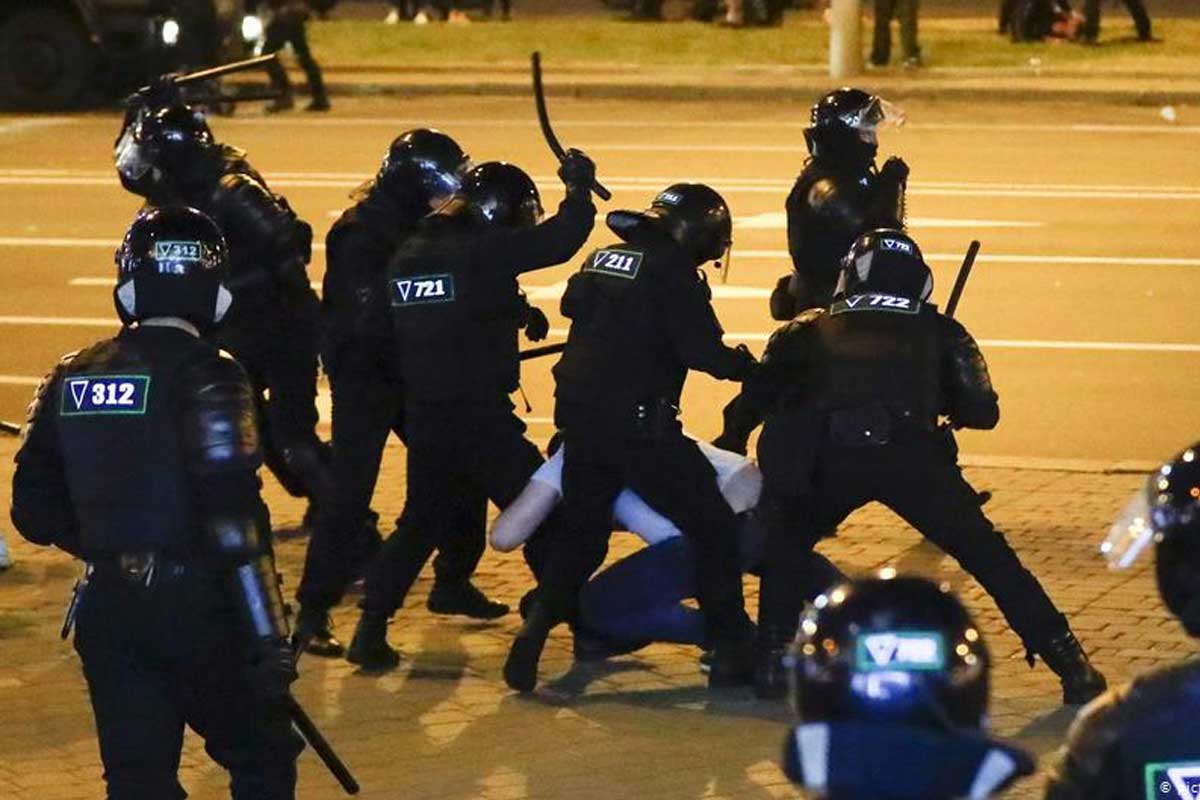 For months, there have been protests in the streets of Minsk in opposition to president Lukashenko’s authoritarian regime. Alexander Lukashenko has been president for 26 years.  In  the 2020 election of Belarus, the government states that Lukashenko won by 80%.  The protests in the aftermath tell a different story. People have been protesting for Lukashenko to step down for months. Some have even been calling for him to be put behind bars.  Law enforcement has not been responding kindly to the dissidents. Police have been arresting, beating, and even torturing protesters.  Police have used water cannons against protesters as well.  Some people who were beaten by law enforcement claim they were even raped.

Lukashenko is not only criticized because it is believed he rigged the election, but Lukashenko has also altered the constitution to remove limits on presidential terms.  Lukashenko denied the existence of the coronavirus, and Belarus has one of the largest per capita infection rates.  Thousands lost their lives.  Lukashenko also stated, “Our constitution is not meant for a female leader.”  Back in 2010, police beat up and apprehended several other candidates.  Women were leading the protests against Lukashenko.  The 3 women leading the opposition were Svetlana Tsikhanouskaya, Maria Kolesnikova, and Veronika Tsepkalo.  Unfortunately, Lukashenko’s minions abducted Maria and she is now in prison. Svetlana fled to Lithuania and Veronika fled to Ukraine.  Back in February, two journalists were jailed for filming the protests in Belarus. The protests continue today.  It is unknown how longer these protests will continue to take place until it comes to an end.  The European Union placed sanctions on Lukashenko back in November.  Svietlana recently stated the United Nations and OSCE are ready to help speak with the state on a new election.  How will this crisis be solved?  Can it be solved diplomatically or will it take force for this ruthless regime to be brought to an end?