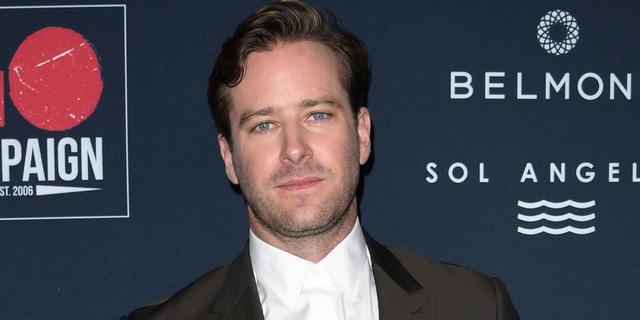 Armie Hammer is a well-known actor who has starred in many movies such as Call Me By Your Name, Mirror Mirror, Entourage, and many more. However, his career in show business may be coming to an end. In early January multiple screenshots of messages sent in October 2016 and October 2020 claiming to be from Armie Hammer went viral. The messages contained different fantasies that involved domination and cannibalism as well as Hammer admitting to being “100% a cannibal.” Insider.com says that he has denied all of the rumors. However, Hammer was recently dropped by two projects with his agency and his publicist dropped him as well. Twitter users have linked Hammer to three murder cases and suspect that he is a potential serial killer. Cops have shot this rumor down, claimed that he is not a suspect, and there are no plans to investigate him.

While all of these rumors were going around, Armie Hammer’s ex- wife, Elizabeth Chambers, posted on Instagram saying “For weeks, I’ve been trying to process everything that has transpired. I am shocked, heartbroken, and devastated. Heartbreak aside, I am listening, and will continue to listen and educate myself on these delicate matters. I didn’t realize how much I didn’t know. I support any victim of assault or abuse and urge anyone who has experienced this pain to seek the help she or he needs to heal. At this time, I will not be commenting further on this matter. My sole focus and attention will continue to be on our children, on my work and on healing during this incredibly difficult time. Thank you for all of the love and support, and thank you in advance for your continued kindness, respect, and consideration for our children and me as we find ways to move forward.” Hammer’s ex-girlfriend Paige Lorenze came forward and started talking about what FoxNews called Hammer’s “demonic” ways. Lorenze told Fox News that Hammer once shared his desire to eat her ribs. Lorenze also shared photographs of a scar she has of the letter “A” that Hammer cut into her body. Along with sharing her scar she also alleged that Hammer was obsessed with biting and leaving marks on her. She told Fox News, “He had knives, rope, paddles, clothespins, he would use a wooden spoon, whatever he could get his hands on.” Lorenze was not the only ex-girlfriend of Hammers to speak out. Multiple women who were victims of Hammer claim that he has said a lot of the same things to them, and they have all shared similar experiences.

Mid-pandemic and mid-divorce last year Armie Hammer suddenly began working in construction. He was unemployed, in between jobs, and working on a hotel in the middle of the desert. During the sixth month of his employment on January 31, about 10-15 minutes away from the construction site, the remains of three women were found. A spokesperson for the San Bernardino County Sheriff debunked the rumors and told The U.S.Sun that the two events were not related in any way however they have not identified the bodies of the women.

The story of Armie Hammer unveils more as the days pass. Hammer refuses to say any more about the claims but not many movie producers are willing to hire him and he cannot find many jobs due to the situation. A couple of months ago everyone thought he was just a handsome actor with a family, but after all this, many people say they can’t look at Hammer the same way.