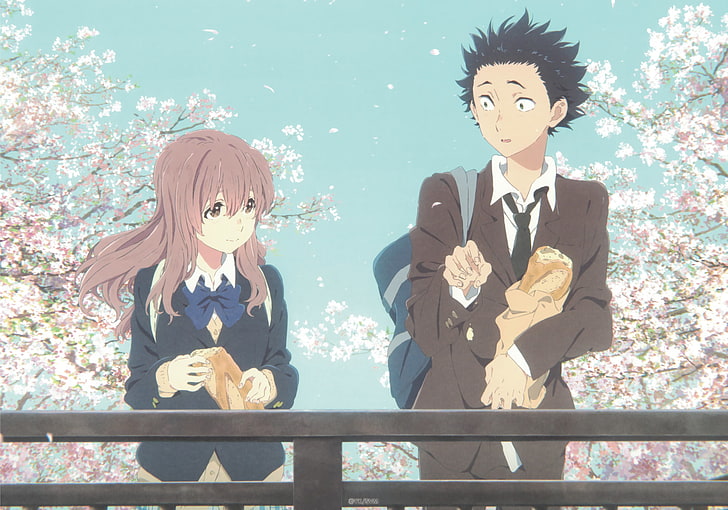 Over the past few years, many people have brought up xenophobia within the Oscars. It’s apparent when you look at the movies nominated and see that almost all of them are from the Western movie industry. While it’s understandable for a large portion of the movies to come from Hollywood as it’s the biggest movie industry, many movies from Asia are overlooked and not considered because of the difference in language and culture.

This conversation is especially prominent within the animation category, because Japan has created many critically acclaimed animations, but only one has ever won. As Bong Joon-Ho once said, “Once you get over the 1-inch tall barrier of subtitles, you will be exposed to many more amazing films.” I wish that people could open themselves up to seeing artwork from other parts of the world rather than the small bubble of art in their language.

A Silent Voice tells the story of a teenage boy, Shoya Ishida, who struggles with his view of the world and where he fits into it. He tries to tie up loose ends in hopes of fixing the damages he’s done. One of them is a deaf girl, Shoko Nishimiya, who he bullied in elementary school. She was a new student, and he along with others in the class bullied her until she had to leave school. When the conclusion was finally made by everyone that he was the main tormenter, his old friends and other classmates no longer talked to him and isolated him. He is now in high school and has social anxiety, envisioning X marks over other’s faces.

He decides to learn basic sign language and find Nishimiya, in hopes to apologize for the hurt he caused her. Ishida goes to her new school, and when she sees him, she runs away from him and is frightened by him. However as time goes on, he finally has the chance to apologize and they start to become close with one another. They grow to realize that they understand each other in more ways than they thought. They have the ability to sit in silence and learn to grow from their pains with another person by them. A companionship forms as they combat their struggles and the world around them.

This movie isn’t a romance, but rather a coming of age story about growing and hardships that the two characters face. It’s easy for a storyline like this to make the boy look innocent as if because he’s changed, his actions no longer matter. He’s no longer hurting anyone so the hurt he has caused is now unimportant, she has forgiven him and all is fine. Especially in Asian dramas, the girls are made out to have no backbone, and they do what others expect of them.

However, in this story they show her quietness and forgiveness as a form of resilience and strength. She stays happy and calm even as others bully her. It’s one of the many things admirable to Shoya as he gets older: her resilience, and her happiness even when others around her did everything to take it away. I respect the movie for not just forgiving his actions. It’s apparent that he got consequences for what he did, and that he had to live with who he once was.

The movie was made in 2017 and won many awards within Asia. The animations by Naoko Yamada are beautiful illustrations of Japanese gardens and bustling Tokyo. The 2 hour long movie takes you through a roller coaster of emotions as you see the characters grow and change. The movie was wonderfully written by Reiko Yoshida, and by the end, you feel connected to the characters. The movie shows a friendship and connection even with a language barrier. I hope that the movie industry and mass media can learn to do the same.