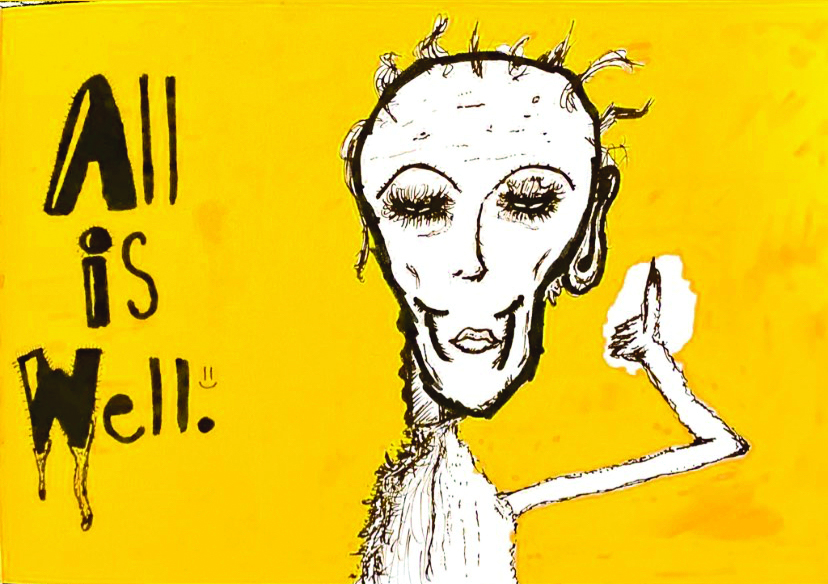 Artist of the Month: Rowan Dowdall

Rowan Dowdall is a sophomore in VADA at SBHS. He is currently working on creating music and a clothing brand. He recently released a song called Don’t Go and is soon going to be coming out with his own brand “Mezzanine Soleil”.

He comes from a musical family where they all play many instruments. However, he was never very interested and didn’t get into it until a few years ago when he decided to pick up the guitar. After learning to play he learned a couple of other instruments including bass and drums, along with learning about music production.

He started to write his song Don’t Go at the very beginning of quarantine because he felt like he was losing a lot of friends, and he knew that many other people were going through the same struggles. He felt that he wanted to share and talk to someone but he had no one to talk to. However, he created the lyrics more abstractly so the meaning can change for each person and can be interpreted in many different ways.

His inspirations for music are mainly tv shows and pop culture from the ’90s, he’s gotten interested in different genres from that time. He also loves sampling intros and other things like that for his music.

For a long time, he “despised every aspect of fashion”. He would buy the most basic and tattered up clothing he could find. He then began to get more into fashion and figuring out how to make things look unique. He learned to draw and do art through VADA and began to put it on his clothes after learning how to screenprint.

He showed it off to his friends and family and they all loved his work and wanted to buy it. He had never considered starting a business but the good reactions from others made him want to start.

It’s still early in his artistic journey but he hopes to take his brand “as far as it will go”. He’s currently working on getting his clothing into local stores and promoting it as much as he can including potentially hosting a pop-up show once he launches his website over the summer.

He’s trying to be more strategic with his music career and is currently trying to gain a following. He’s trying to put out music consistently, every few months he releases something and promotes it. His end goal is to be able to submit it to a record label and hopefully get a good record deal.

Through the interview, I could tell that through his artistic endeavors he strives to create something unique to himself. He’s only a sophomore and already working hard to achieve success with his passion for music and clothing. We’re looking forward to seeing where his art takes him.