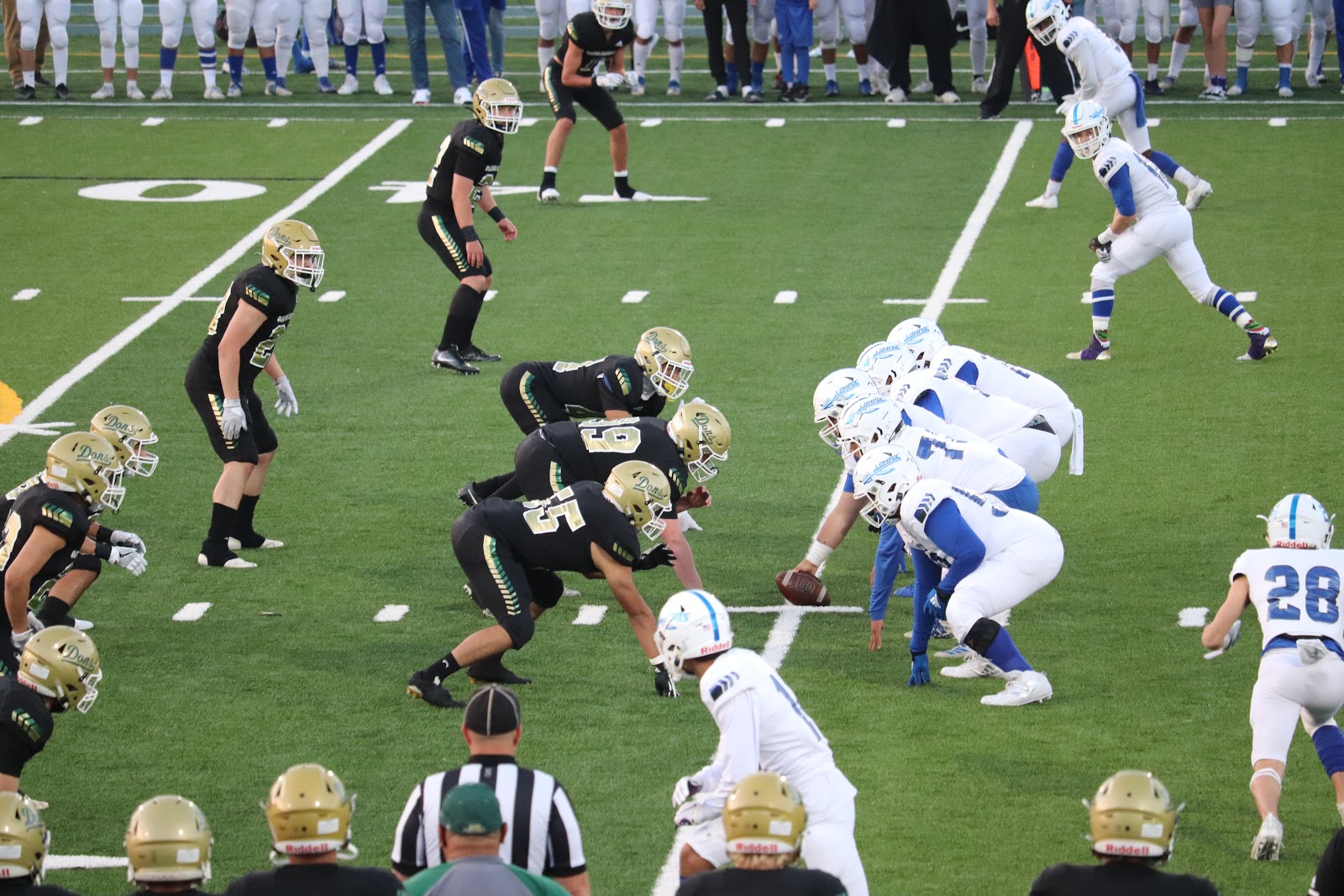 Santa Barbara High School football finally came to an end this past week. For this year’s Homecoming game, the Santa Barbara Dons faced off against the Lompoc Braves at home. Although this was a very serious game for all players and coaches, it was also a meaningful one for everyone in that stadium that night. This was the seniors’ last game to be dressed up as Santa Barbara Dons.

Although this season finally gave the players the validation of playing again, there was still a roller coaster of emotions that went along with it as well. The Santa Barbara Dons unfortunately got “unlucky” with a couple of the games this year. Santa Barbara was scheduled to play five games against the other teams in the Channel League. Those teams were San Marcos, Santa Ynez, Cabrillo, Dos Pueblos, and Lompoc. Sadly, two of the games were cancelled this year due to positive cases on the opposing teams. Players for San Marcos, Cabrillo, and Dos Pueblos all tested positive. Santa Barbara was able to find a game for week 3, however, against Hueneme, a team that was actually not scheduled for the 2021 season. For San Marcos and Dos Pueblos, these games were not played nor rescheduled. The Dons also could not find another team to play since there was no one in a position in the league like us.

Sadly enough, the Dons only got a chance at playing three games this year. It was a very abbreviated season, in a wayno one ever could have imagined, especially for all the seniors with the amount of work that was put in over the years. They lost the dream of playing one last time, and finishing on a high note in a normal, regulated season.

The season overall was a hard one to get over for many. Little memories were made except for the Homecoming game. Parents, siblings, aunts and uncles were there for their kids, in order to see them as a Santa Barbara Don one last time. Right before the game started, all seniors from football to cheerleading gathered up near the home stands. They entered through the gate and walked out to the field to a standing ovation. All seniors were lined up on the track with their parents and spaced socially distanced from other seniors. One by one their names were called for their moment of recognition.

The Santa Barbara Dons knew they were in for a tough matchup against a very talented and undefeated squad. The Dons started off strong with their defense holding up against a very potent offense and almost led them scoreless through the majority of the first quarter. However, Lompoc struck back with their very well known running game and scored to finally be ahead of the Dons. Both defenses on each side were limiting the offense’s movement of the ball. Although on one drive, Santa Barbara’s offense turned on the jets and drove down the field for a Deacon Hill score. Unfortunately, that was Santa Barbara’s only touchdown of the night. Lompoc would end up scoring on two big plays to win the game. The score was tight throughout most of the game, but Lompoc’s offense was too strong to handle for the Don’s defense. That ended up putting the nail in the coffin to cap off the game. The final score was 19-9.

Despite the loss of games, playoffs, and a full season, Santa Barbara was fortunate enough to be able to play some football again. It was an unimaginable season that no one ever saw coming, and you never knew what could have happened next. Unfortunately for the Dons, they received that heavily. Nearly two years without football and having to wait constantly for some light at the end of the tunnel was emotionally draining and upsetting for many of these players. But in the end, we were lucky enough to just get enough games to play during these gloomy times. It may not have been the season these seniors wanted but they did get one last ride which then can cherish the final moments of forever.