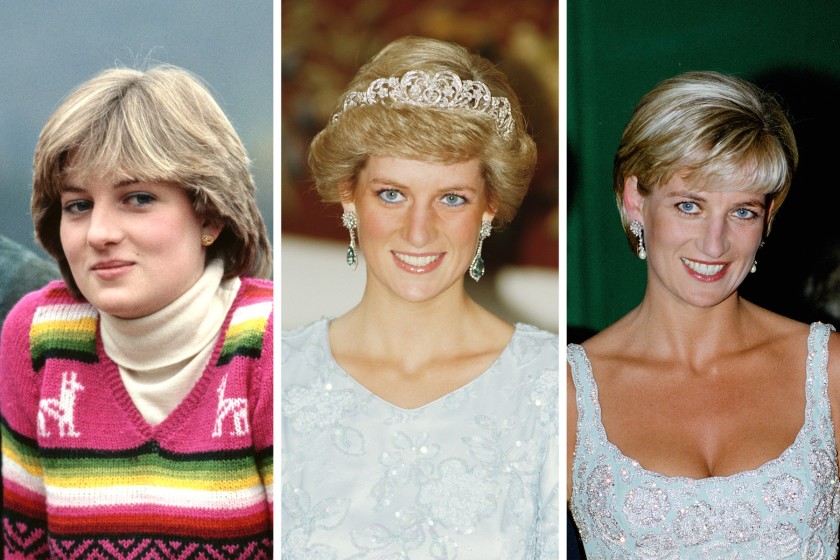 The Life of Diana, Princess of Wales

The Royal Family, a crucible of glamour, scandal, and power. Diana was just a pawn in their game of chess. A beautiful light in the middle of darkness. She brought so much kindness and joy into the royal family. Her death was tragic and arguably what people most remember about her along with the shocking way it happened. The loss of her will be forever felt in the United Kingdom. In her short lifespan, she was able to touch the lives of thousands forever. The realization that she was flawed and went through struggles, hopefully should be a reminder that she was more human than we thought, not a perfect figurehead, a person who just smiled and waved for the cameras, plastering a fake smile across her face. This is an exploration of her struggles, hardships, and her demise.

Diana Spencer was born on July 1, 1961 to John Spencer and Frances Shand Kydd. When she was a kid she showed interest in music and dancing. She gained the title Lady Diana Spencer in 1975 after her father inherited the title Earl Spencer. After attending finishing school at an institute in Switzerland, she moved to London and started working with children, becoming an assistant in a kindergarten class. Prince Charles and Diana began dating in 1977. On February 6, 1981 Prince Charles proposed to Diana, only six months after they started their relationship. On July 29, 1981 they were officially married in a wedding ceremony at St. Paul’s Cathedral. The wedding was broadcast across the globe and nearly one billion people from seventy-four countries tuned into the wedding of the century.

However, it turns out that the marriage between the two was less than glamorous. Diana, such a kind-hearted person, was met with distaste and rejection from Charles throughout the marriage. Before Diana’s marriage to Charles, she expressed doubts because she had found a bracelet Charles made for past girlfriend Camila Parker Bowles. Bowles was a past girlfriend Charles had after first meeting her in 1970. During Diana and Charles’s relationship it was rumored that the two were still in contact with one another. Diana gave many statements during and after her marriage to Charles alluding to his possible affair with Camila.  She gave a statement in an interview with BBC where she famously stated, “There were three of us in this marriage, so it was a bit crowded,” referring to Camilla Parker Bowles, in 1995.

After giving birth to Prince William in 1982, her mental health started to take a turn for the worst. She started to suffer from postpartum depression. In an interview with BBC in 1995 she stated, “you’d wake up in the morning feeling you didn’t want to get out of bed, you felt misunderstood, and just very, very low in yourself.” In 1984, they welcomed their second child Harry.

During her marriage to Charles, she suffered from bulimia. In an interview with Andrew Morton in 1992 she spoke on her eating disorder and stated, “The bulimia started the week after we got engaged and would take nearly a decade to overcome.” The princess recorded herself saying, “My husband put his hand on my waistline and said: ‘Oh, a bit chubby here, aren’t we?’ and that triggered off something in me—and the Camilla thing.” She also struggled with depression and anxiety while living in the palace. She was bored and lonely most of the time with nowhere to go because of the tabloids that would follow her every move. Her husband being distant and dismissive could also be a contributing factor to her declining mental health.

Charles and Diana’s marriage finally came to an end in December of 1992. Prime Minister John Major announced to the House of Commons that the Prince and Princess of Wales were separating, saying, “This decision has been reached amicably and they will both continue to participate fully in the upbringing of their children.” In an interview with the BBC three years after their divorce, Diana stated, “we had struggled to keep it going, but obviously we’d both run out of steam.” Currently, Charles is married to Camila. They got married five years after Diana’s death.

Only a year after her divorce, she met her tragic end in 1997. Her death hit citizens hard because Diana was so beloved and well respected across the United Kingdom. On August 31, 1997, Diana got in a Mercedes to go from the Ritz in Paris to a 10-day getaway on the French Riviera with her then-boyfriend Emad “Dodi” Fayed. In the car was their driver Henri Paul and her bodyguard Trevor Rees-Jones, who was the only survivor of the fatal car crash. While on the way to this getaway, Henri Paul was over the legal alcohol limit and crashed the car in the Alma tunnel in Paris. Princess Diana was declared dead less than four hours later at the University Hospitals Pitié Salpêtrière – Charles Foix. Her boyfriend Dodi was pronounced dead at the crash site as well as the driver Henri Paul.

With such a publicized death, the general public had multiple conspiracies around her demise and who might be the real culprit behind it. Even the father of Emad “Dodi” Fayed was quick to question if the car crash was really an accident. The reason that so many are quick to call out that there may have been foul play involved in her death is because of the manner in which her medical attention was given care of after the crash occurred. For example, instead of her being treated at the Pitie-Salpetriere hospital where she died, Diana could have been treated at the Hotel-Dieu, which the ambulance passed on the way. The onboard doctor on the ambulance, Jean-Marc Martino also treated Diana for forty minutes on the scene of the crash before setting off to a hospital.

One of the most famous conspiracies includes Charles deliberately trying to get Diana out of the picture so he could marry Camila. After separating with Charles, Diana sent a note to her butler stating, “I am sitting here at my desk today in October, longing for someone to hug me and encourage me to keep strong and hold my head high. This particular phase in my life is the most dangerous—[someone] is planning ‘an accident’ in my car, brake failure and serious head injury in order to make the path clear for him to marry,” she wrote. Is it scary that she accurately predicted her death? Yes, absolutely. There were so many theories on what or who could have been behind her death, that London’s Metropolitan Police did a full investigation into the claims and published their findings in Operation Paget. They found no subsequent evidence to put behind these claims, so the case is still ruled as an accident to this day.

We know that Diana Spencer’s life was not always a walk in the park. Maybe that is why the people of the United Kingdom loved her so much. She was a regular human being. She was real, authentic, and struggled like every single human being inevitably does. During her life, she contributed so much of her time to charitable causes. When AIDS and HIV reached it’s lethal peak in the United Kingdom, Diana shook a HIV patient’s hand without gloves. This helped dispel the misconception that HIV could be passed through touch. She broke the stigma around mental health by giving interviews opening about her own struggles while being in the royal family. Although her death remains tragic, her legacy will remain forever.