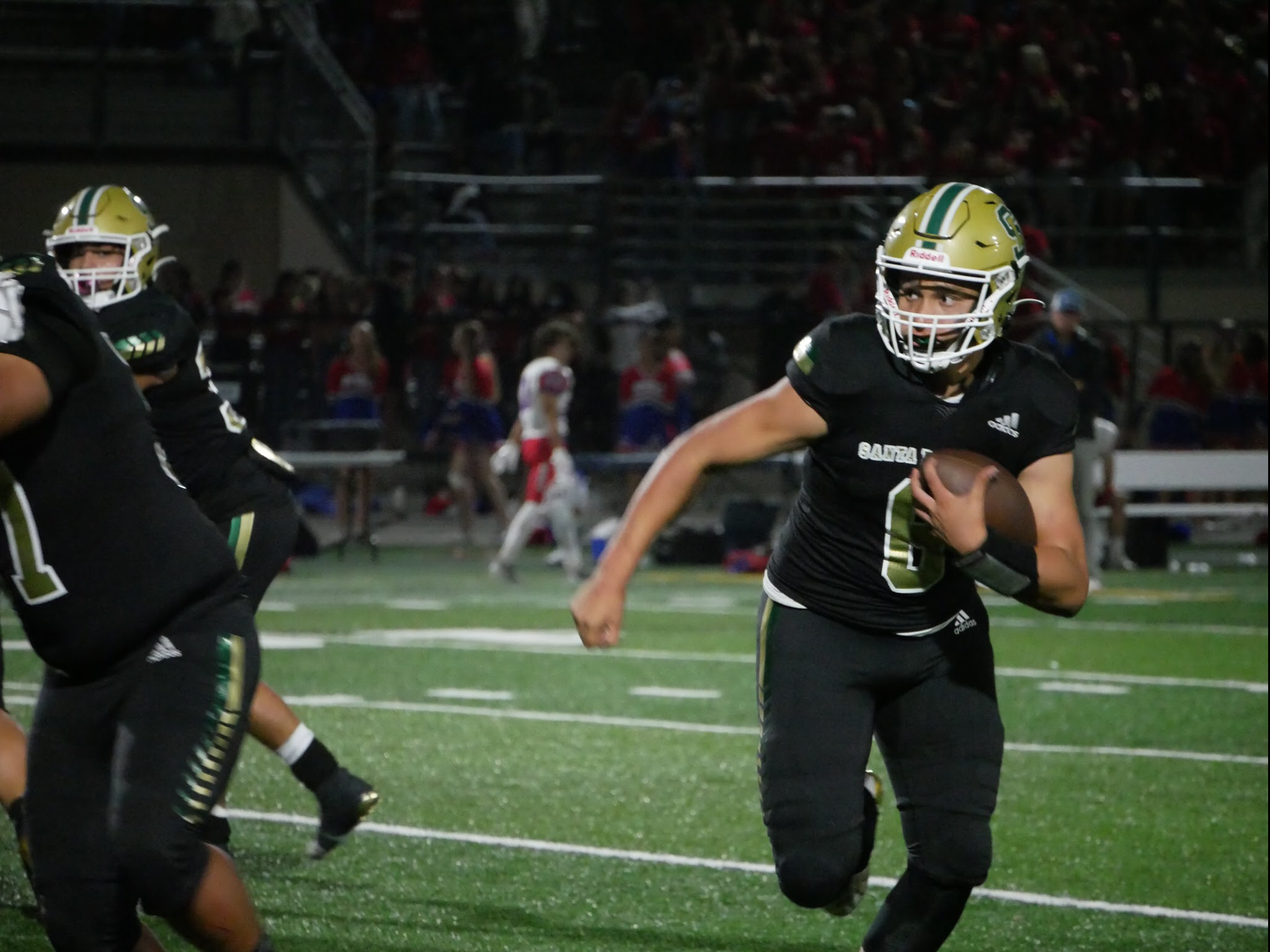 Athlete of the Month: Abel Renteria

Abel Renteria has led the Santa Barbara High School Varsity football team to 4 wins so far in the season. He has been nominated to be Athlete of the Month due to his grueling work and dedication to the game. Abel reflects that, “to be nominated as Athlete of the Month is a big honor…I’m really happy with where I’m at right now but I know there is always room to improve and work harder.” Following the great reputation of his father, Poncho Renteria, Abel is a very talented and hard-working sophomore. Playing a crucial role in the varsity football team’s success, he has led them to a 4-1 record.

Abel has had to work very hard to be where he is today. He has been working out, training, practicing, getting faster, stronger, and better every day, and it has clearly paid off. He has earned his spot as the starting quarterback by proving himself to his coaches and showing everyone what he can do. “I don’t think of anything else besides playing football and doing my job. I’ve been playing this specific position my whole life, and I will never let anything affect the way I play,” Abel says about his commitment. He has put a lot of effort into his game, and it is showing on the field.

Abel also gives a lot of credit to his teammates and coaches who have helped him improve. He says, “I wouldn’t have been able to accomplish it without the guys surrounding me. They make my life easy, they are the ones who should be getting praised.” He sees his team as a second family to him, with everyone getting better and growing together. From the wide receivers catching his throws to the linemen protecting Renteria from the opposing team, everyone on the team works together to accomplish their goal; with Renteria leading the way.

With a couple of games into the season so far, Abel has completed 11 passing touchdowns and 5 rushing touchdowns. The team all together has averaged 17.3 points per game and 232.3 yards per game. Abel has played very well, with very few interceptions thrown, many yards gained, and completed passes. “I am very confident about my team. Once we start fixing our mistakes and start playing the way I know we can, nobody will be able to stop us. I believe we can beat any opponent that gets thrown to us this season.” Abel declared. Although passing is one of his strengths, he can also run with the ball very well, using his speed and strength to outmaneuver and run right through linemen and defensive backs.

Abel has more competition coming at him this season, including the Lompoc and Oxnard High School teams. Both schools have been known for having very exceptional varsity football teams. He will have to continue working hard and staying committed to keep succeeding in the way he has so far . He has a tremendous responsibility and a lot of pressure on him because of the reputation he has been given. Still, he is handling this very well and showing everyone what he can do. On the topic of pressure and expectations, Abel says, “Of course, having such a huge role to fill at such a young age, I will have some pressure on me. But I know what I can do on the field, and I have some of the best guys around me to help.” Being a sophomore with this role on a varsity football team is a significant duty for him and requires a lot of trust from his coaches and teammates. Abel has been dominating his competitors and representing his family and school successfully. He has trained his entire life for this, and we are all looking forward to his future not only in high school, but for his career as an incredible athlete.