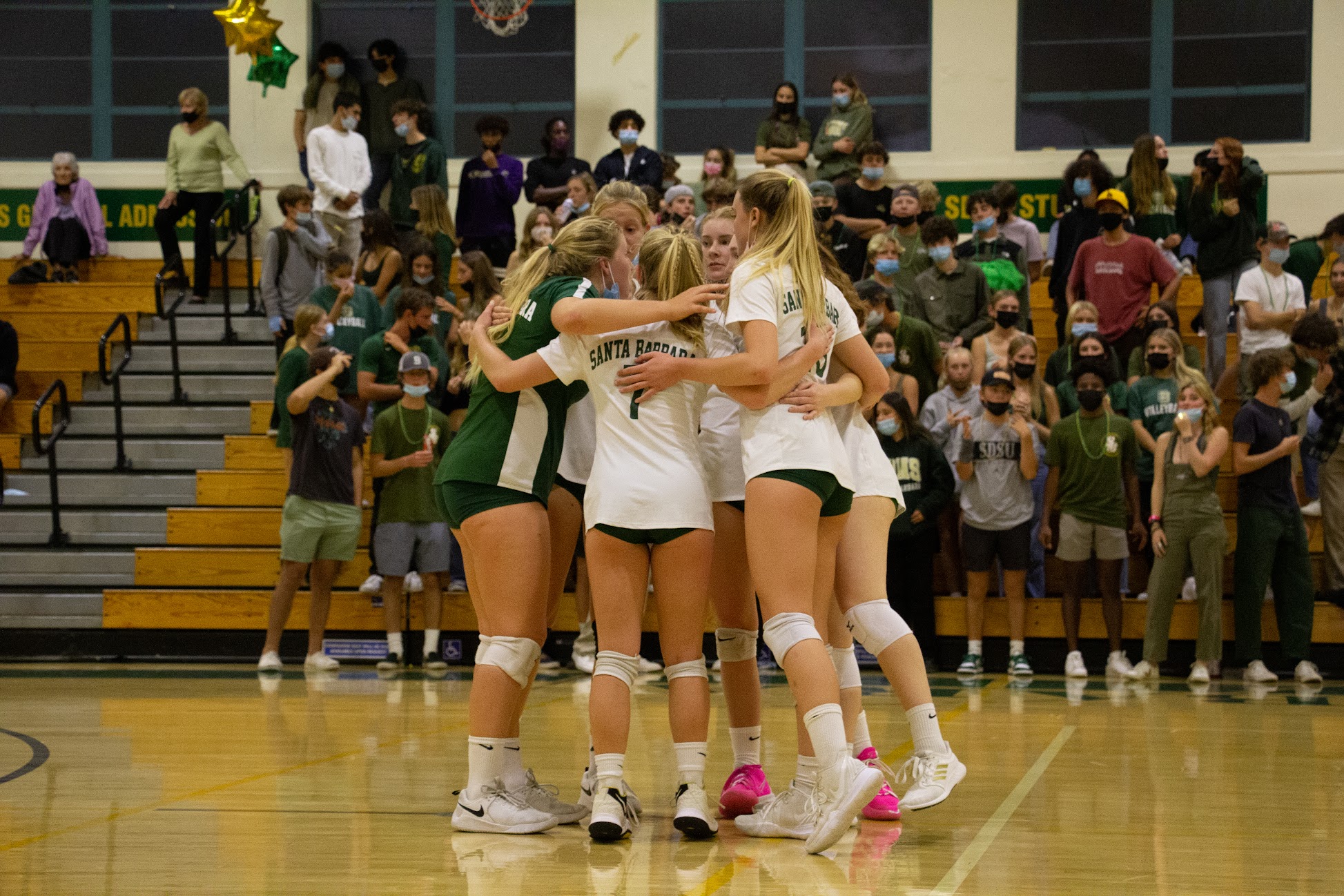 During the later days in September, the Dons participated in one non-league away match against the Westlake Warriors, where they won in four sets by a score of 3-1. Propelled by this big win, they then traveled south again to Oaks Christian High School for a two-day tournament. The Dons went 4-2 with wins against the West Ranch Wildcats, Ventura Cougars, Foothill Tech Dragons, and Archer School. Unfortunately, the Dons suffered both losses to powerhouse Chaminade who currently has a 20-0 overall record and are ranked in the state.

The Dons competed in three non-league scrimmages as well in addition to the weekend tournament. They traveled to Thousand Oaks to beat the Lancers 3-1, led by Junior Shae Delany’s 17 kills. Emma Zuffelato added 12 kills, and Mary Johnson added 6 kills as well. Annie Knecht had 40 assists averaging a remarkable 10 assists a set against Thousand Oaks. They then faced up against the Foothill Tech Dragons for a rematch at home, where Zuffelato and Delany combined for a total of 26 kills. Annie Knecht added 33 assists to the game in addition to the 26 kills. Finally, the Dons’ last league game was at home against the Ventura Cougars, where they ended up defeating the Cougars in three quick sets.

The Dons now shift their attention to teams much closer to home. The Dons started their league schedule with the Chargers and then the crosstown rival Royals. The games did not go as planned, and although the Dons were swept in both games they played against San Marcos and Dos Pueblos. Upon inquiry, Captain Emma Zuffelato commented, “Out of the games I’ve competed in, the most intense has been the DP and SM games. Even though we didn’t play to the best of our abilities, it’s just a different feeling playing against rival high schools no matter the scores. There’s still that feeling of intensity that other games just don’t give.”

About the responsibility of being a student athlete, Emma said, “I think being a student athlete has made me a better person because it has forced me to become more productive and learn to manage my time better. Also, it’s helped with communication and perseverance because being a student-athlete forces you to have to communicate all the time with teammates, teachers, coaches, etc. Also, having to persevere through difficulties with both volle yball and school.” When speaking to the Dons Captain about the love for playing volleyball at the HS, she said, “ My favorite part about playing volleyball at SBHS is being able to be on a team with a bunch of my friends, also being able to represent the school because for beach volleyball it’s more individual, so at the high school it feels more like a team working together.”The Dons have 6 more league games, and then they will go to the playoffs, where they hope to win CIF this year. They have a great roster and are very well coached this season. Keep a lookout for more Dons girls volleyball games to come!