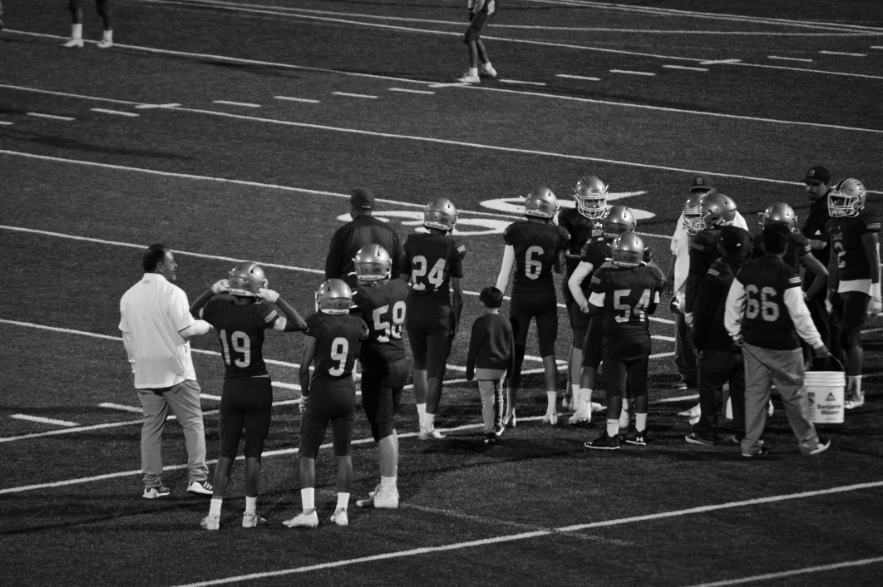 Santa Barbara High’s JV football team looked very good this season with a 10-0 season. Coaches Anthony, Gabe, Mark, Maury, Roy, and Ray helped them with this season. On their first game they beat Saugus 48-28, a good start to the season. The Dons then beat Thousand Oaks, 34-18, and the week after beat Righetti with a score of 54-12. It was then the big San Marcos rival game and the Dons smoked the Royals JV team 58-0. The last game they played before the bye week was against Ventura, and they won 12-0. After not being able to play Lompoc due to them forfeiting they played Pacifica with the score of 26-7. The JV team won against Oxnard and they defeated them with a score of 49-0. Another big game was against Dos Pueblos, and Dons won 43-0. Their last game was against Rio Mesa and SB won with a score of 38-6.

When interviewing one of the JV coaches, a question that was asked to Coach Anthony Jimenez was “What is a team goal that is set for this season?” He replied with “The team goal is simple: Do your job.”  He wanted his players to do their job so as the season went on they had more players called up to varsity. Following this question he commented that, “If everyone does what they are supposed to do, then we will find success as a team.” Something they did each week to improve as a team besides practicing is watch film on their opponents. The team did this so they know what to improve on or do differently for the upcoming game that week.

This season has been different compared to last season because there are more games. When questioned about,  “Any big changes from last season?” Coach Anthony replied that last year was difficult due to COVID. The pandemic impacted the ability to get the players in better shape and get game ready. This year since they were able to have a full off season the team had time to practice more and have developed better chemistry as a team. The coaches also found it difficult to teach a team sport over zoom since it is not the same as practicing and playing.

When it involves the players they all contribute to the team since it is a team sport. Although, the JV team does have four team captains. Coach Anthony states that the offense, defense, and linemen each selected people that they wanted as team captains. The offense selected wide receiver Jaden Reath, defense selected linebacker Devin Forney, and linemen selected guard Noah Napoles who are all sophomores. Coach Anthony says “These 3 captains not only do their jobs well, but they always help each other as well.” The fourth captain was a new person chosen every week by the coaches. They chose the player that had stood out the most at practice all week and they rewarded that person by having them be the fourth captain on game day.