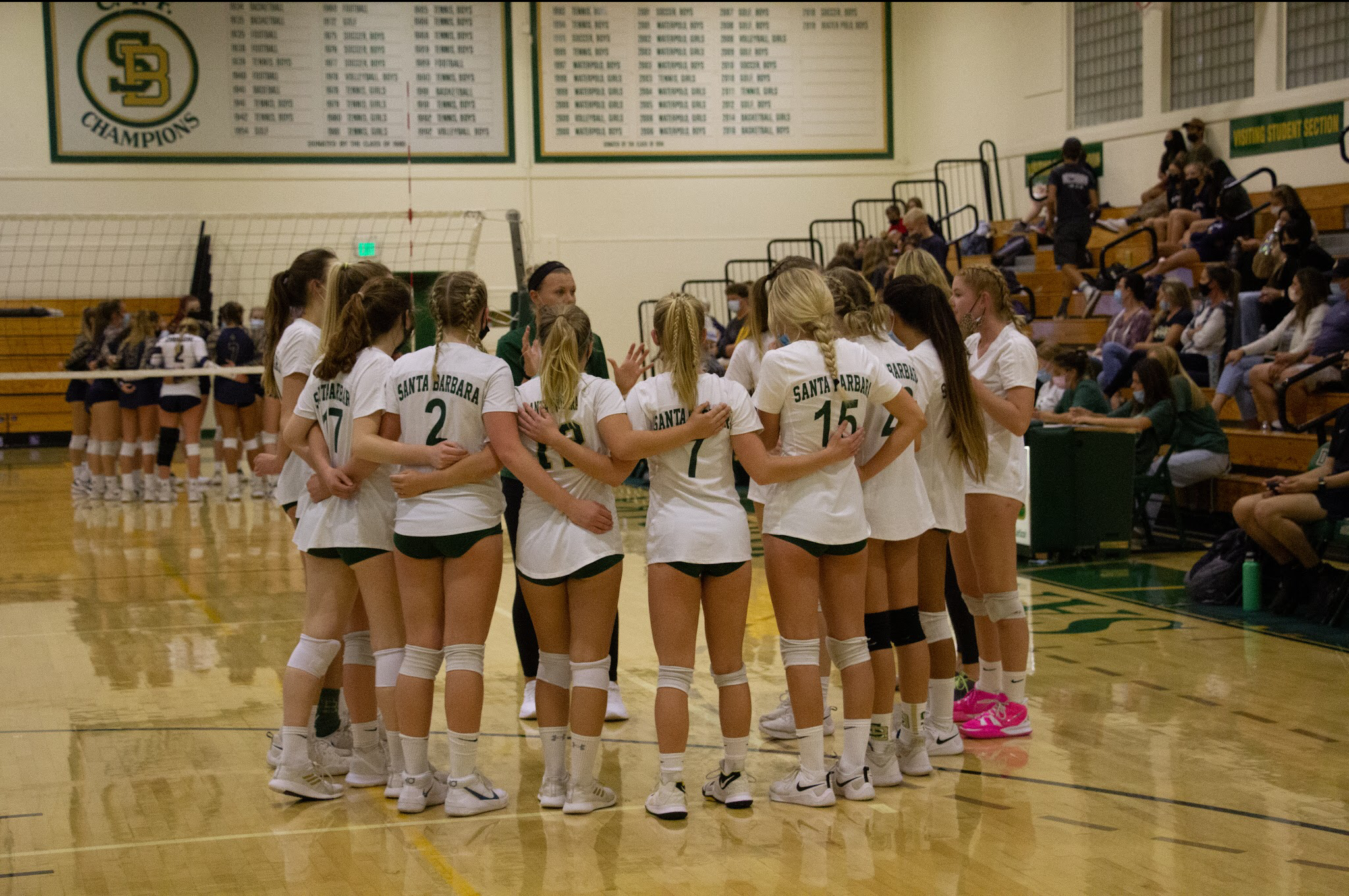 The Santa Barbara High School girls varsity volleyball team’s successful season has finally come to an end. The girls won the CIF championship defeating the El Rancho Dons in 3 quick sets. Santa Barbara had a very exceptional season and crushed all the competition that came their way. In the end, they all achieved their goal, which was winning a CIF championship.

A very big influence on the team’s win was the leadership of head coach Kristen Hempy and the team captain, Emma Zuffelato. They showed excellent leadership on and off the court with positive attitudes and encouraging words. Zuffelato has gained a lot of trust from her teammates by showing what it takes to play a major role in leading the team to victory this season. She was named the CIF Div 6 Player of the Year. Off the court, Hempy remained calm during tense situations and coached her team through all the rough conditions they were forced to go through.

The Dons lost and were kicked out of the state playoffs in the first round against a tough opponent. Zuffelato states, “I think we could have made it farther in the state playoffs. They were a really good team, but we should have faced them farther down the road.” The school the Dons faced and were beaten by in the first round of the State Playoffs was Chino Hills, known for their exceptional athletic programs. They ended up winning the state championship, defeating Santa Barbara, 3-1, but the Dons still battled with them and fought until the end.

The Dons will lose ten seniors next year, which will lead to a rebuilding year. Hempy claims, “We won’t have as much experienced leadership and I think that we will definitely miss those seniors. But we have three starting juniors who will be returning and their experience and leadership will really help, and there’s lots of young talent I’m excited for next year.” The Dons will have many young stars coming up from JV and returning to Varsity next year to fill the roles of some of the great seniors that will be graduating this year.

There were many wonderful moments that the Dons will remember for the rest of their lives. Clutch moments, big wins, and team bonding have made this team’s chemistry so outstanding. Both Zuffelato and Hempy shared the same favorite moment: beating San Marcos and Dos Pueblos back to back. Zuffelato states, “It was so amazing to see all our hard work as a team had paid off, and those two games we all worked so well together and everyone was a part of the win.” She was so delighted with the win because the Dons had not beaten San Marcos in a long time. One of Hempy’s favorite moments was beating San Marcos in their own gym in front of a full crowd. Hempy said, “We had just beat DP earlier that week and the girls really wanted that second victory…the set went to 5 and it was such a sweet moment when we won – there was a big crowd of students who rushed the floor to celebrate with the team.” The win against their rivals felt so good for the girls to finally achieve.

Although the playoffs may have not ended how the girls wanted it to, this group of volleyball players has a lot to be proud of. They have worked harder than they ever thought they could, and they achieved something most people have never experienced before, winning the CIF championship. They have so much to be proud of, and we are all looking forward to their futures as athletes. As they continue to grow together and individually, they will always be connected because of the bond they created together, as a family.