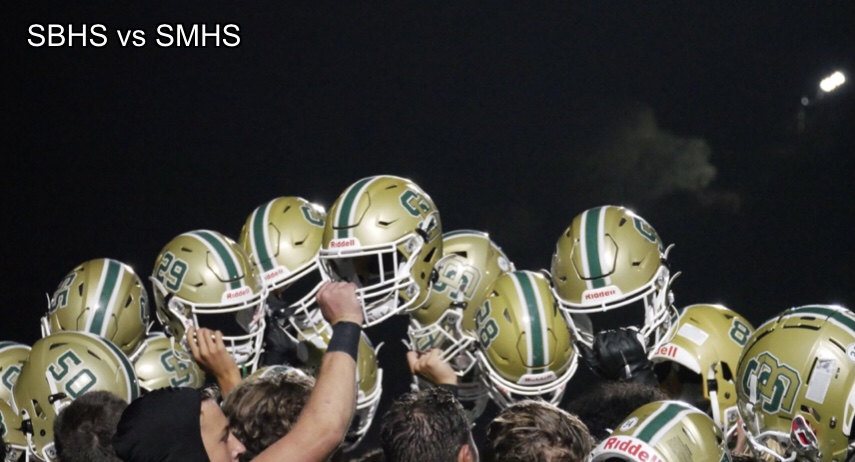 The Golden Tornadoes returned to the CIF playoffs for the first time since the 2019 season. They worked hard all season and finished the regular season 7-3. The Dons sadly lost in the second round of playoffs which means their final record was 8-4. In the first round, Santa Barbara High School beat Campbell Hall, a tough opponent who went undefeated all season. In the second round, the Dons lost to Newport Harbor.

The season started out rough, with many challenges and readjustments in the beginning. But luckily, the Dons were able to come back and make it to the CIF playoffs. With the new quarterback, Sophomore Abel Renteria, wide receiver Miguel Unzueta, and middle linebacker Vince Gamberdella played important roles as the two team captains.

Unzueta said,“I felt that the season overall went well. I know that we fell short in the playoffs and we were expecting to go further than where we ended up, but I’m proud of the way we fought this season.” CIF predicted the Dons to go 3-7 and not make the playoffs because of the youth division the Dons were in. Miguel said “We, as a team, took that as motivation and made it something memorable that we are more than 3-7. So overall I was very proud of my guys.” If there were any changes he could’ve made to this season it was just wishing he could do more, but since he struggled with an injury early-on,he couldn’t do that. He said the best experience he had in football this year “was not only being an underdog to an undefeated team and beating them in the first round, but being able to do it with my teammates that I’ve grown up with since I was younger.” Him being able to be a Golden Tornado at Santa Barbara Highschool and playing at his hometown for playoffs was also a good experience for him.

Sophomore quarterback Abel Renteria said, “overall I feel like this season was somewhat successful for my first year in such a big position.” Abel feels they overcame the odds and opened everyone’s eyes by showing them what Santa Barbara football would look like in the upcoming years. In reference to his first year with the varsity team, he said, “I do feel like I had a good experience playing with all these guys and creating new friendships with them.” He made bonds with a lot of teammates and they were a unique team. He said, “Those teammates will definitely be in my mind and heart these upcoming years. I’ve learned so many things from them that I will use these next upcoming seasons.” He also said he is“looking forward to having new people on the team and a fresh start.” Abel says he is going to work harder and be better than he was this season. He wants to be the best looking he could possibly be for his team. Lastly, he stated “We are coming for revenge with the new team next year.”

Going from a season that started over Zoom last year, to practicing in-person, and having more games this season compared to last, the Dons were able to get more in shape and game ready. Even with how the season ended, they still had a good run. The Dons football team is looking good for the future here at Santa Barbara High School and hopefully will be in the CIF playoffs again in the future.