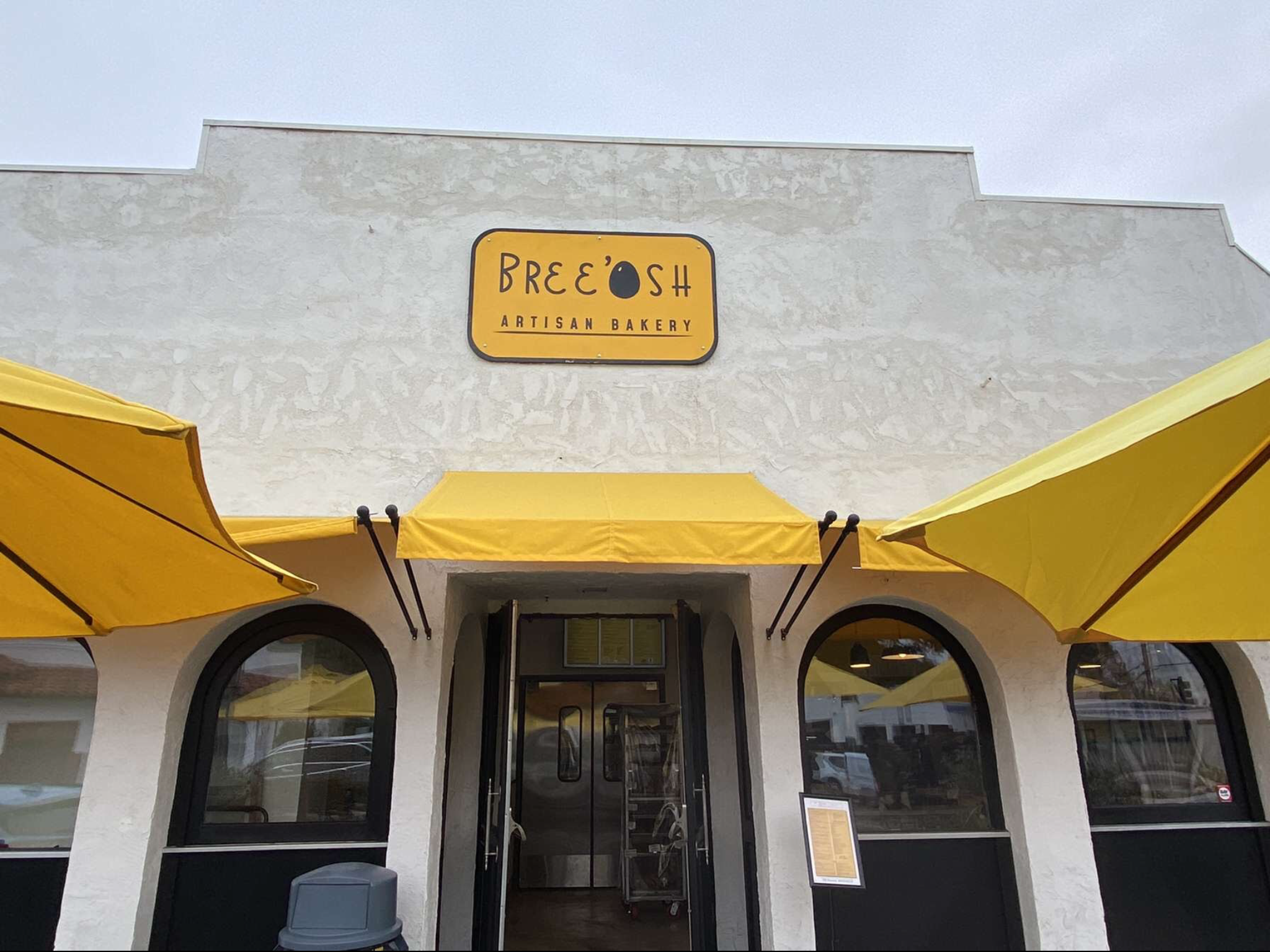 Bree-osh is a local French bakery and cafe here in Santa Bárbara that is very talked about, owned by Nelly and Pierre Henry. The bakery was opened in late 2015 in Montecito and has been very successful to this day. There are now two locations,  one in Coast Village Road in Montecito and another one on De La Vina street in Santa Barbara

There have recently been talks of Bree’osh opening up with more space soon in the De La Vina location since the space they currently have outside for customers to sit and enjoy their food will be removed soon. The area was initially installed during COVID since you couldn’t eat inside, but since it is on the part of the road, they will have to remove it. I had the opportunity to interview Pierre Henry, one of the two owners of Bree’osh, to get a little more insight into what will be happening. Pierre shared that they took over the space next to the restaurant a few months ago and are currently working on getting the permit for the place. “It takes a little bit of time, you know, to go back and forth with the commands… but we most likely will have the permit by early January.” Pierre shared that the space will be very similar to what is outside right now, “nice tables and chairs, a bench, a big display case so we can display our product with the customers, and it’s going to be more like a traditional French bakery.” He also let me know that they are hoping to be opening this new space by March if everything goes well.

I was interested in knowing why they were interested in the other space. “We are kind of limited in the patio here, and this patio will only be here for a while so we took over the space to offer the same level of service to our customers,” said Pierre. With this answer I also wanted to know if they were planning on expanding their menu since they are already expanding the amount of seating space there is. “Yes, we’re going to focus on breakfast and lunch now since right now we’re known for our breakfast, we need to be better with lunch.” Pierre admitted that their lunch menu right now is pretty limited and they are working on adding more to it, “maybe like a burger or french fries you know and later it will just depend on the demand” .

Currently Bree’osh’s menu consists mainly of breakfast foods like breakfast sandwiches, open toast tartine, omelets, soups, salads and french toast. The sandwich menu includes three options; the Bree’osh breakfast sandwich which consists of two scrambled eggs, with gruyère (swiss cheese), a special sauce, caramelized onions, and arugula but you can also include bacon or salmon. The other two options are the ham and cheese croissant and the mushroom and cheese croissant. Next up we have the open face toast, they offer avocado tartine, smoked salmon tartine, and the Brioche or buckwheat bread toast which you can add either jam and butter, honey and butter or almond butter to. The omelets, one of their most liked dishes, consist of three organic eggs with three items of your choice, your options are tomatoes, mushrooms, Nancy spinach, artichoke, goat cheese, gruyère, Parisian ham and bacon. The omelet is also served with sourdough toast and an organic spring mixed salad. Bree’osh’s soup is a tomato soup that also comes with either a grilled cheese, bacon, lettuce and tomato sandwich, or an artichoke and tomato sandwich. For salads, they offer the smoked salmon salad and the artichoke salad. Lastly, their delicious french toast, made of sourdough brioche with housemade Nutella spread and raspberries on top.

Bree’osh’s catering menu includes a wide selection of bread and baked goods made fresh in the cafe. The menu consists of croissants, either plain, with chocolate, or both chocolate and almonds. They also offer brioche rolls, either cinnamon rolls, cinnamon with raisins, almond, or grained sugared. There are many more and their menu also includes coffee and tea and also juices, either orange, mango, strawberry or pineapple juice.

Bree’osh has been very successful and will hopefully continue to be successful and grow. Pierre shared that he hopes that Bree’osh is considered a local bakery for the community and that his customers are happy with the food. If you’re looking for a new breakfast place and bakery with more options than you usually see and a wide selection of food, Bree’osh is a great and unusualoption. Be sure to check it out and stop by in any of the two locations.