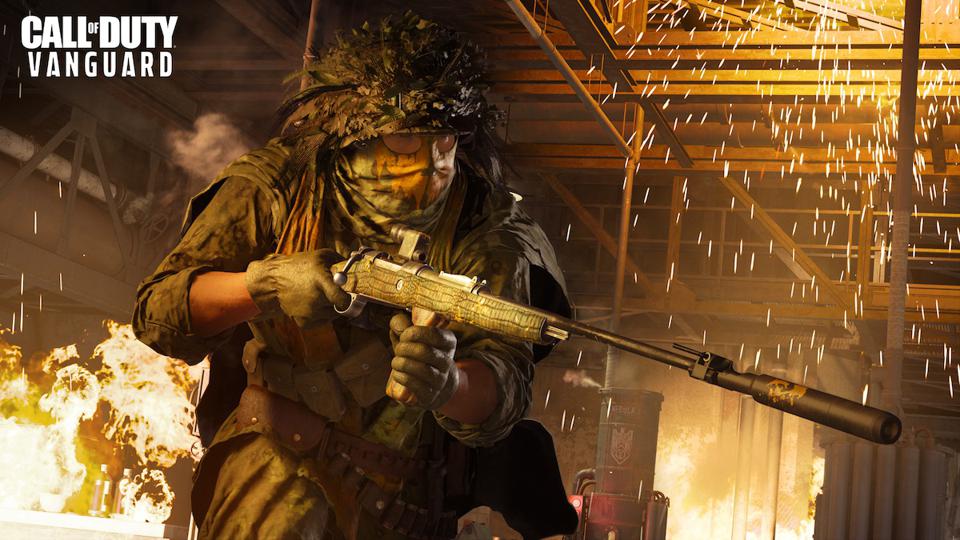 Call of Duty Vanguard is made by the video game manufacturer SledgeHammer Games and was released on November 5, 2021. Since then it has had two seasons. You can find it on the Activision/Blizzard Online store.

The game first launched with three primary modes, Multiplayer, Zombies and Campaign. Funnily enough, the Zombies mode was unfinished at launch and is missing a round based Zombies map that was in every other Treyarch/SledgeHammer game; however, you can play any of these three at launch. Many things like “buyable doors” or “wall guns” can be bought with points as well as “wonder weapons,” but those were also missing at launch. The Multiplayer mode has skill-based matchmaking which can give you mind-numbingly simple easy games or extremely annoying matches where you are fighting against pro players. The multiplayer maps have some good battlegrounds but also horrible “camp fests” with places to hide in the same spot and get easy kills like the map “Stalingrad.” The campaign was short but it had good moments and fun parts to it. Overall, the story and characters were bland and uninteresting. The characters acted like fake comic book superheroes instead of real people.

Despite the uninteresting characters and storyline, the graphics are very nice and clean. On the highest settings, everything looks very real and gritty which I appreciate. The weapons look very metallic and nice and even each blade of grass is rendered. This does cause a problem as the system requirements are quite high for this game to run well and look nice. This means that computers without high specs and graphics struggle to run the game.

The “Pick 10 attachments for your weapon” system has returned. Attachments for the weapons are highly unrealistic and make no sense for World War II. If the game wasn’t supposed to be realistic that would be fine, but unfortunately the developers have expressed that the game is meant to be realistic. This is ridiculous seeing as the game has a mini remote control tank. Other new mechanics like blind firing have been added, but all the feature does is make camping easier as the enemy is able to shoot you without even leaving cover. The Zombies maps are a  lazily thrown together objective gamemode with uninteresting gameplay due to the progression of zombies.

Overall, this game has some small good things but is plagued by numerous problems that make the game uninteresting, boring, and anger-inducing. If you play the game with friends in a private lobby, it’s fun for about an hour or two before it gets extremely boring and frustrating. My final review would be to skip on Call of Duty this year unless the game gets a massive overhaul.