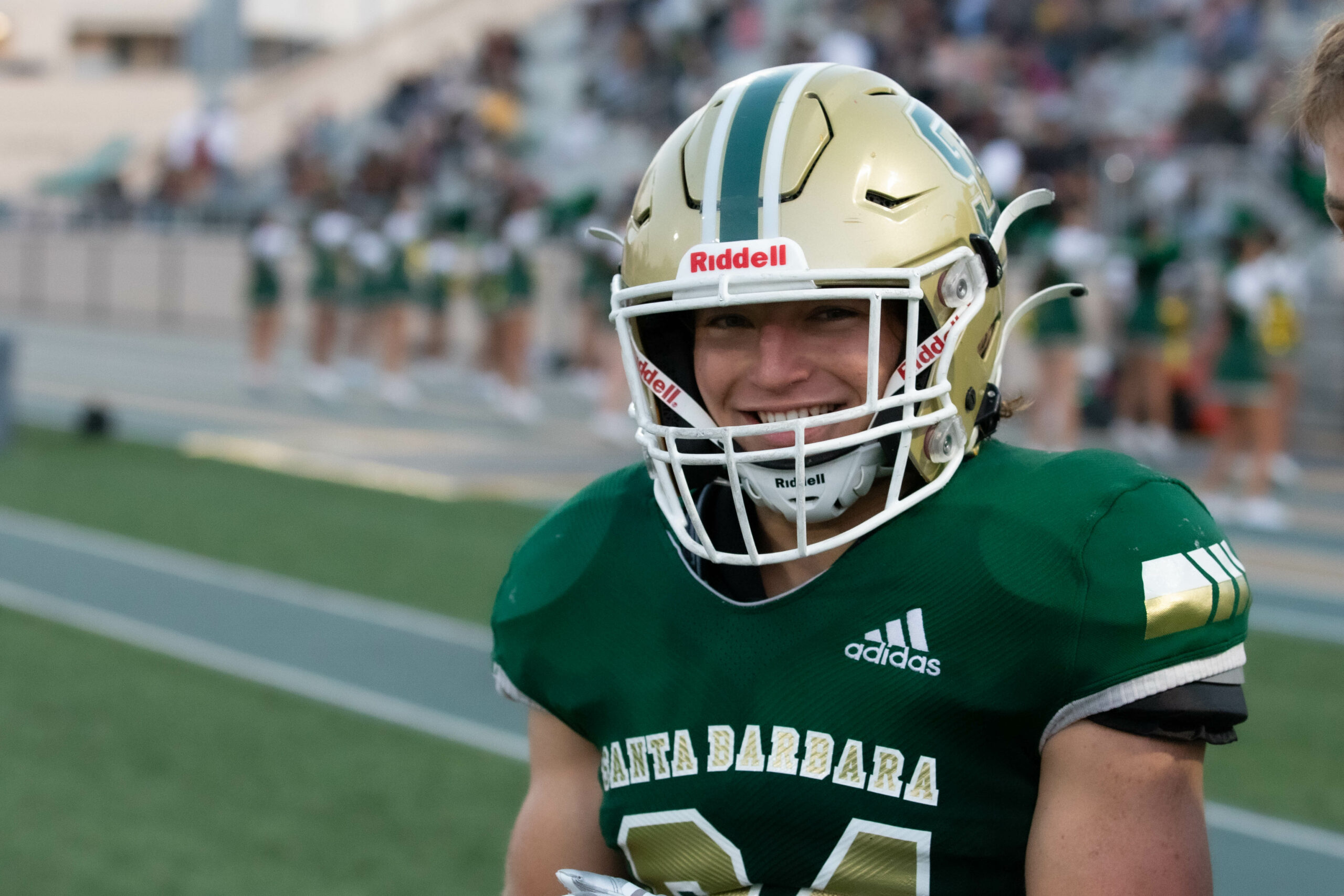 Athlete of the Month: Benecio Garcia-Holland

For this Athlete of the Month, The Forge has decided to highlight varsity wrestling and football player, Benecio Garcia-Holland. He is a senior at SBHS and has been playing both sports all four years here.

This is his last season playing in Peabody Stadium. Benicio said, “I think our team has the capability to go 9-1 this season and go into CIF, so I’m looking forward to spending that time with the rest of the seniors.” The Santa Barbara High School football team made it to the CIF playoffs last year and they hope to make it even farther this season. It would be especially meaningful for Benicio to make it to the championships as his grandfather, Lito Garcia, was the coach who led the last SBHS CIF champion football team.

When talking about some of his favorite memories at SBHS, Garcia-Holland said “Freshman year I scored a touchdown. I didn’t play offense at all freshman year. I was a lineman, and so it was very cool because my age group did not have enough kids when I was younger so I would always play up with the older group. The seniors who graduated last year, I’ve played with them since junior high. After I scored a touchdown, I got put on the shoulders of all the linemen that I’ve been with. And that was a really core memory.”

For many of the Dons football team, they’ve been playing with each other since they were kids so the team has grown an incredible bond with one another that can be seen both on and off the field.

Both football and wrestling have been a big part of his school life. “If I wasn’t in sports, school would be a lot more difficult. Having to keep my grades up for sports is definitely a big part of the reason I try harder in school. he said. Not only have they helped him stay motivated in classes, but in sports he has also made many strong friendships. Wrestling team captain, Niko Proft said “He’s super dedicated and has the most determination out of everyone on the mat”. Not only do his teammates speak of him highly, those who know him, or even know of him, have only nice things to say about him.

With the new football season just getting started, we look forward to seeing Benecio and the rest of the team as they work towards the championships once again.