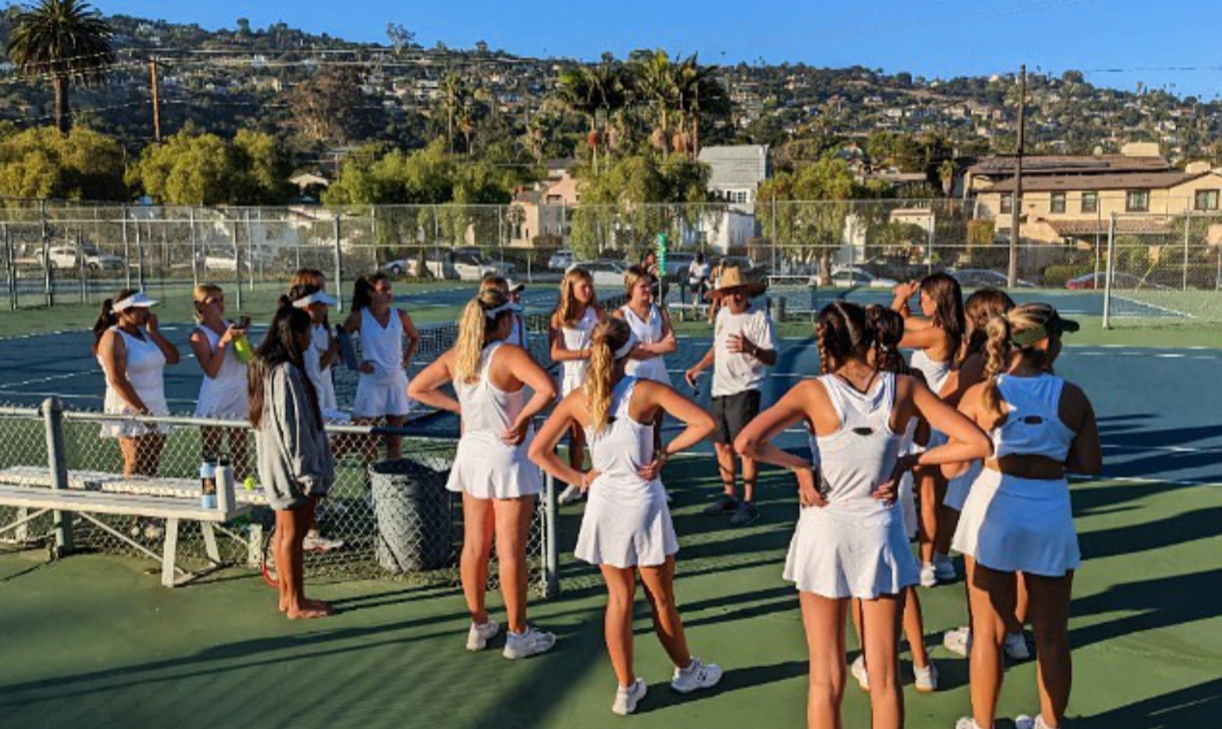 For the last four years, the SBHS Girls tennis team has won the CIF Southern Division, and dominated in the regular season. As the previous seniors now take on new challenges in college, the SBHS girls are tasked with winning without some of their past star players. An account from Lucia DiPadova, a varsity player, brings to light some of their thoughts,”I think this season will be harder because we lost a lot of good players, but it should go well because we are still a strong team.” The first official matches of the season started on August 30, on the SBHS courts. The Dons took on the Garces Rams as their first opponent, and rather quickly, the Rams took the lead. The Dons lost the first four out of six games, with the most exciting game being between each of the two teams’ best players, Nicole Buist and Kelsey Abraham. Buist, the Dons up-and-coming freshman star, was keeping up with the Rams powerhouse, Abraham, for as long as she could until Abraham pushed ahead.

As the second matches started, the Dons found their momentum and were fighting back against the Rams, but couldn’t regain their footing. Lucia DiPadova states, ”We need to work on our beginning of games. Our start was slow, and we lost the first four out of six games in the first matches, though in the second match we did a full sweep, and won every game.”

After close matches, the Dons suffered their first defeat of the season. A rough start and a very strong opponent lead to this loss, but hopes are still high for the strong-willed Dons.