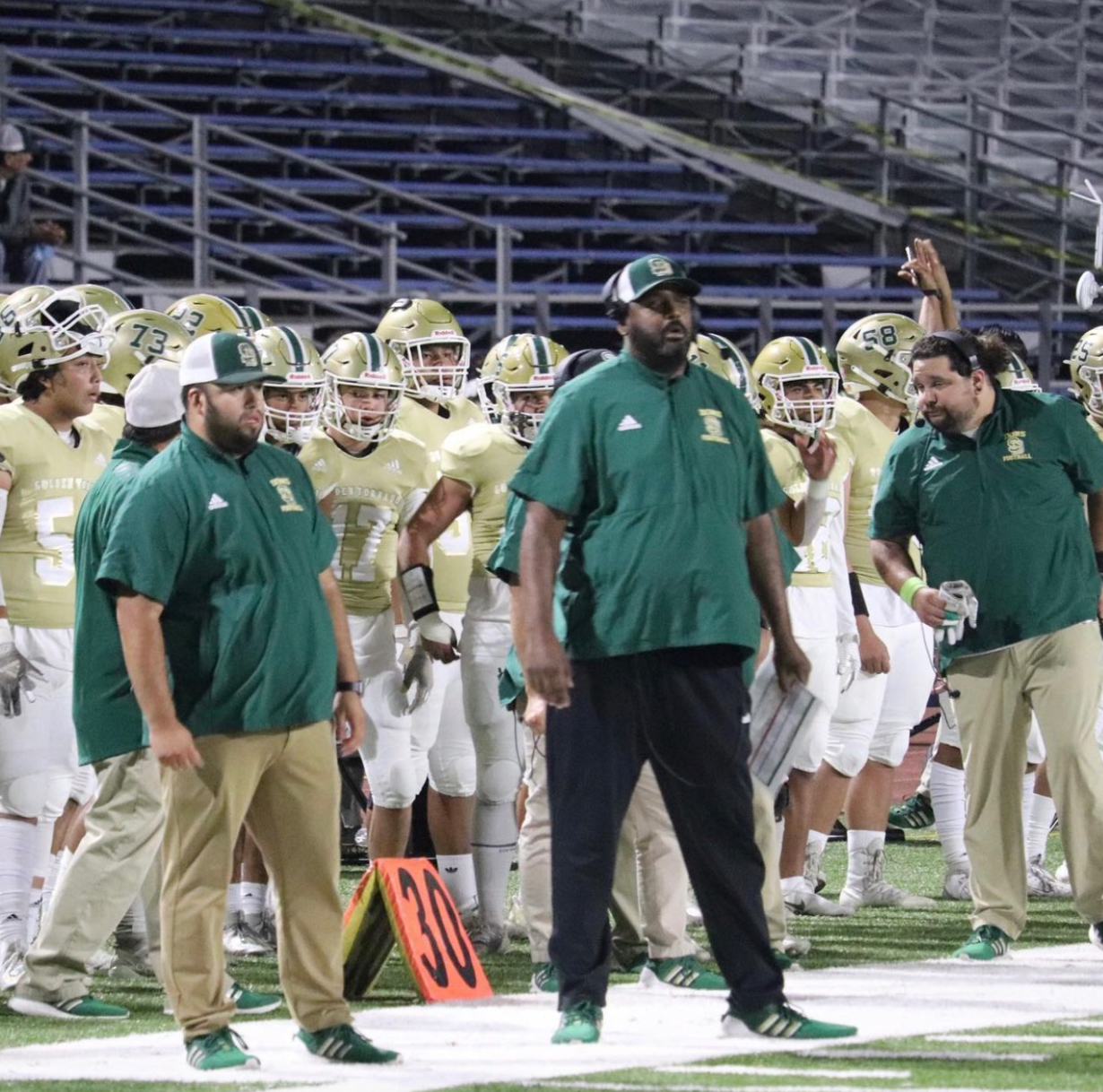 JT Stone Coach of the month

JT Stone is Santa Barbara High School’s coach of the month. With a 4-1 record so far, with big wins over North Torrance and Righetti, in addition, 2 big league wins over Ventura and Oxnard. Coach Stone looks to win yet another Channel League title.

JT Stone isn’t just a coach, he is a hometown hero. He grew up playing quarterback for the Dos Pueblos Chargers and attended Santa Barbara City College where he was a record breaking quarterback. Although Stone is a local legend, earlier this year he announced his retirement following his ninth season as the Santa Barbara Dons’ head varsity football coach.

Regarding Coach Stone, starting receiver Kai Mault said “My favorite part about him coaching me is the energy he brings to the team.” Knowing that Kai is only a sophomore in high school, it shows the impact coach Stone has had on all of his players.

Stone had the opportunity to coach many talented young quarterbacks including Brent Peus, Frankie Gamberdella, Deacon Hill, and current starting quarterback Abel Rentaria. He has also had some notable accolades in the past including the 2019 Channel League Title, 4 CIF-SS playoff appearances, including a Division 8 CIF championship appearance in 2019, and also reaching the quarterfinals in division 6 last year.

One of Stone’s most memorable seasons came in 2019 when he was the SBART Coach of the Year and led the Dons in an outstanding undefeated Channel League record, and a 11-3 overall record as well as topping the season off with a division 8 CIF championship appearance.

This year Coach Stone has a talented group. They are looking to make back to back CIF-SS playoff appearances, adding number 5 to Coach Stone’s remarkable coaching career. Coach Stone and all of Santa Barbara High School are looking forward to this season and ending Coach Stone’s career on another amazing CIF playoff run.