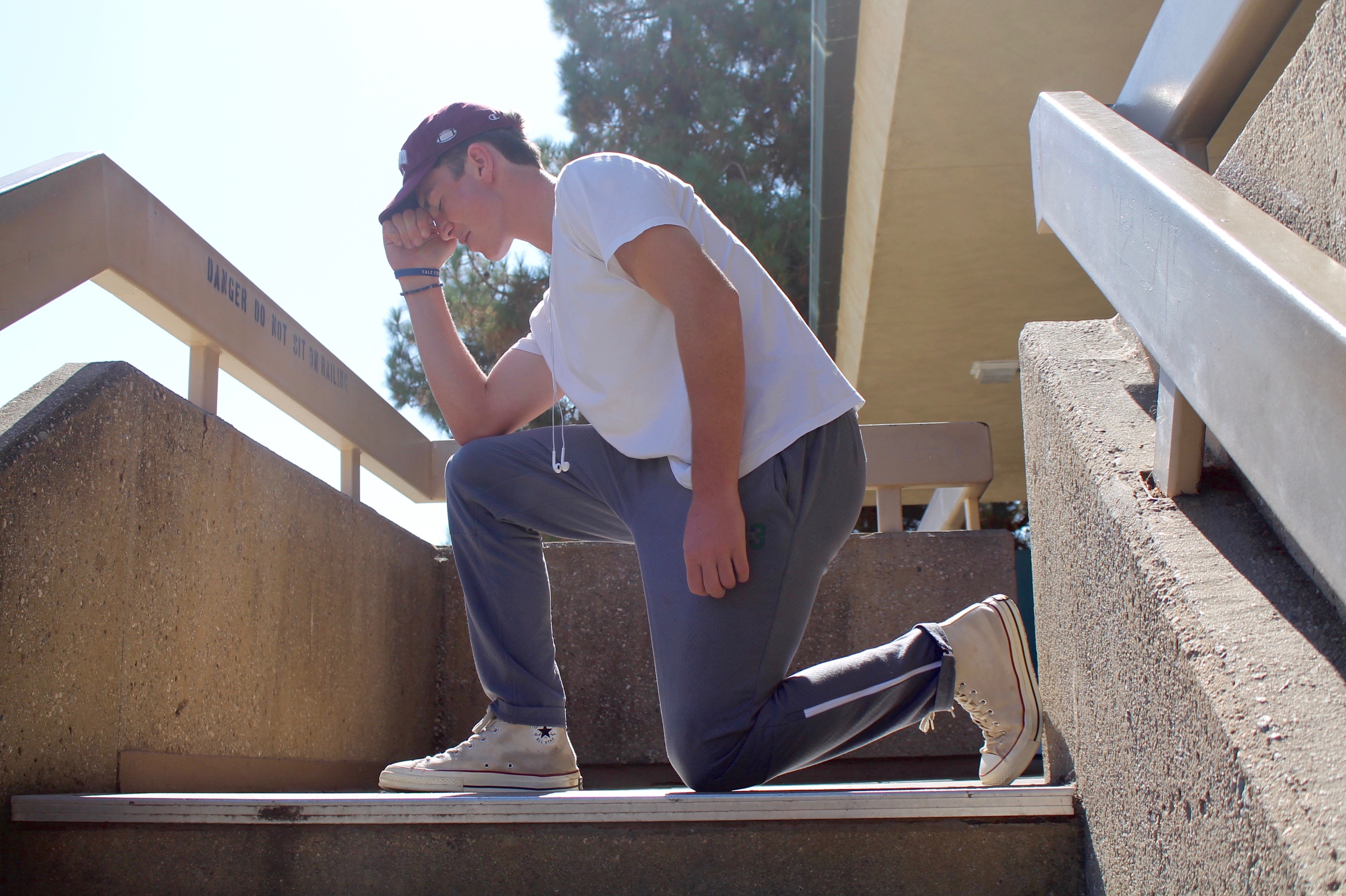 To honor his serious dedication to the team and to Santa Barbara High School, the Forge staff has decided to name senior and varsity football player Liam Tormey as September’s Athlete of the Month.

Shortly after moving to Santa Barbara from Seattle, Washington at age 7, Tormey had discovered his passion for football. Tormey has now been on varsity for three years and has developed a strong leadership role on the team. On offense he plays tight end and wide receiver and on the defensive side her las safety and linebacker. Fellow senior and offensive lineman Chase Kamin describes him as “energetic, vocal, and compassionate.” Some even go as far as referring to Liam Tormey as “The Man.”

In every practice and game, Tormey always counts on being motivated by one person: his grandpa, Rowland Hanson. The two have had a special bond ever since Liam was young. Hanson also played football in high school and then in college at the University of Oregon. Tormey places the sport high on his priority list, just after God, family, and school.

With Tormey’s role on varsity comes a couple sacrifices. His commitment to the team has cost Tormey multiple social events and has pushed him to dedicate his energy to his school work. Because school comes first, Liam is willing to give up football to commit to an Ivy League school next year. If these plans fall through, he’ll most likely go to an academically-sound D3 college and continue playing the sport he loves.

Liam’s main piece of advice for incoming football players is simply to “Listen, listen, listen. Don’t talk back to the coaches and take everything they say into consideration, because they really just want what’s best for you.” Liam Tormey would like to shoutout his coach, JT Stone, who he says is more of a “big uncle” to him. Make sure to go support our football team this upcoming season and look out for number 3 on the field, Liam Tormey.