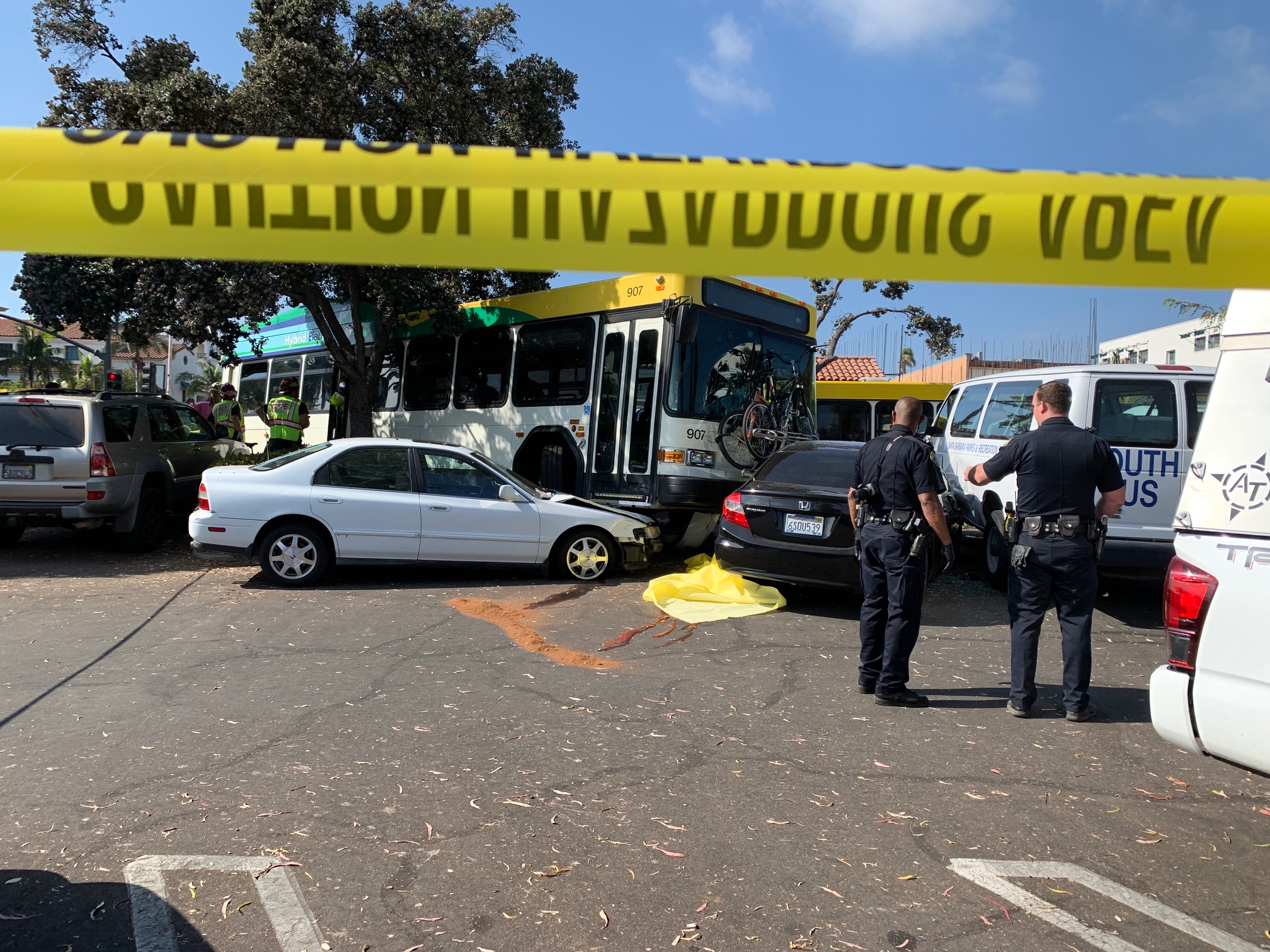 On October 10th 2019 an MTD Bus jumped the curb on East Figueroa St, crashing into a bench where two eldery women were sitting waiting for their bus. The impact killed 67 year old Eve Debra Johnson, and left Gloria Bravo De Ayala, aged 75 in critical condition. The driver has been Identified as 60 year old Aura Mijangos but the reason for the accident has not been released by SBPD or MTD. The Santa Barbara Police Department is currently investigating the accident with assistance from the California Highway Patrol, while MTD is conducting an internal investigation into the tragedy as well. With no official cause for the crash yet revealed, people are speculating as to what could have caused the tragedy. Leading theories involve driver error or mechanical error. The family of Ms. Johnson has set up a small memorial in her memory at the bench where she was sitting when the tragedy occurred. I walk past the transit center on my way home from work, and a candle is lit every night at the site of the memorial.

This recent tragedy has been a blemish on Santa Barbara MTD’s otherwise clean record, as far as accidents go. The only other recent bus accident of note was back in 2017, which was no fault of the bus driver. An elderly woman drove off the road into the sidewalk and ricocheted back into oncoming traffic, striking the bus and critically injuring herself and moderately injuring the bus driver.

Unlike the incident in 2017, the families of the most recent accident are left with no explanation of how and why this terrible accident happened. Hopefully in the coming months more information will become available to the public so the grieving community can finally get some closure.