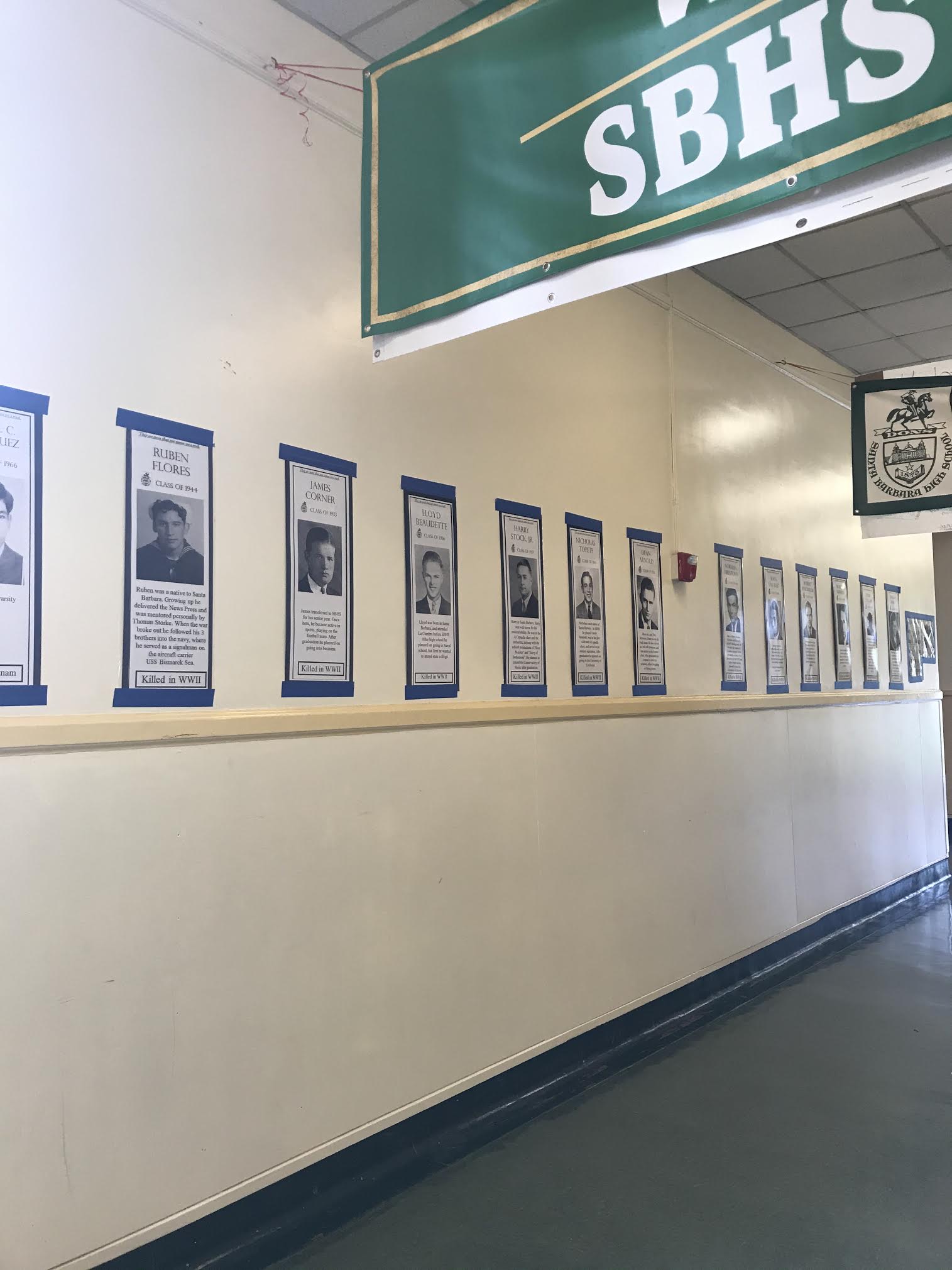 Veterans’ Day, which originated as Armistice Day, is a holiday to celebrate the lives that have been devoted to keeping our country safe. It is a holiday in commemoration of  all those who died so that Americans could be in the valued place we are now. It was marked on the calendar for the first time on November 11, 1938 as a national holiday, recalling the first anniversary of World War I in 1919.

This holiday is especially important to Santa Barbara High School because in 1918, 70 young men from Santa Barbara County, including the majority of Santa Barbara High School’s football team, volunteered or were drafted to go and fight in World War I. Football was suspended for a year because so many of the players went to the war. During the first two weeks of November the photos of our fellow dons who bravely passed away fighting for our country are posted in the hallways in remembrance.

Some of our teachers are also veterans, including math teacher, Reid Wagner. Wagner was a pilot for three years when he was in his twenties, then signed up for the Air Force flight program, which trained him in ocean surveillance. Wagner enjoyed his time in the service and emphasized that so many soldiers, especially soldiers in Vietnam, had it way worse. When asked how Wagner celebrates for Veterans Day he says with a smile, “Take the day off.”

Veterans Day is a very important day for Dons because of our highly respected veteran history and it is important for Americans because it is a day to remember and look back on the hard times. It is a time to be thankful for those who have served, and are serving, to protect citizens from all over the world.