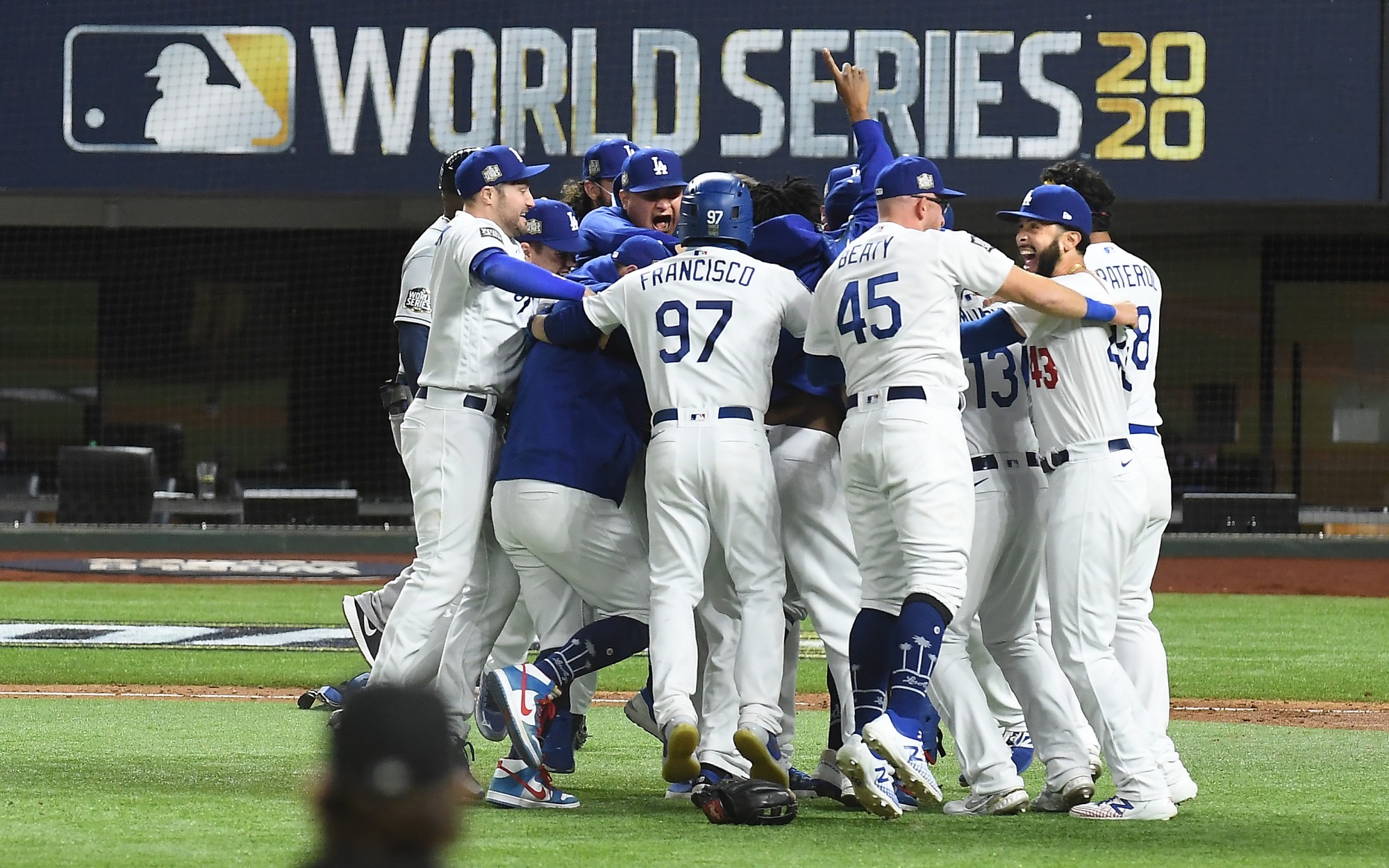 With only a half season and strict social distancing rules due to the coronavirus pandemic, the Dodgers finished the regular season with a record of 43-17. They had the best record in the whole league, were the number one seed in the National League, and clinched the playoffs with ease. The Dodgers made it through the Wild Card round with no troubles as they beat the Milwaukee Brewers two games to none is the best out of three series. They later continued their win streak into the next series, as they then beat the San Diego Padres in three games to none in a five-game series in the Divisional Championship. Their momentum was strong leading into the League Championship, as they only had to beat the Atlanta Braves four times in a seven-game series to advance to the World Series. This would not be an easy challenge though, as the Braves were a very skilled team and put up a tough fight against the Dodgers. The series went through all seven games, and the momentum swung back and forth, but the Dodgers were able to come out victorious in a very close final game, winning by only one point in a 4-3 win over the Atlanta braves.

This was a huge victory for the Dodgers, as it gave them the confidence they needed going into the World Series. This seven-game series would also not be a cakewalk, as their opponent, the Tampa Bay Rays, had also just barely won against the Houston Astros in a different seven-game League Championship series. The World Series was back and forth throughout the series, but it started off all Dodgers, as they won game one with ease in an 8-3 victory. The Rays then picked up their energy in game two, as they won in a well-played 6-4 over the Dodgers. The momentum shifted again in game three, and the Dodgers played extremely well and won 6-2 taking the 2-1 lead in the series. Once again, the Rays came back in game four and won in a nailbiter, 8-7. This was a huge break for the Rays, and they evened the series at 2-2. But little did they know the rest of the series was all Dodgers, In game five, the Dodgers didn’t hold back, and won 4-2, then won again in game six, 3-1, ending both the series and their Championship drought. Game six was an outstanding performance by Right fielder Mookie Betts, who scored two runs and shifted the momentum in the sixth inning, where he stole for home giving the Dodgers the lead. The Los Angeles Dodgers beat the Tampa Bay Rays 4-2 in the 2020 World Series.

As the Dodgers threw the final strike in game six, all of Los Angeles erupted, as they were already celebrating due to the Los Angeles Lakers NBA Finals victory. But due to COVID-19, there was to be no parade for either of the teams. However, many people did not pay attention to this rule and stormed the streets after the Dodgers game six victory. This was a huge day for Dodger fans as the Dodgers won their first World Series in 32 years! Furthermore, it does not look like they are slowing down, and they are hoping to continue this success next season as many of their stars are returning to play for the Dodgers once again in the 2021 season.