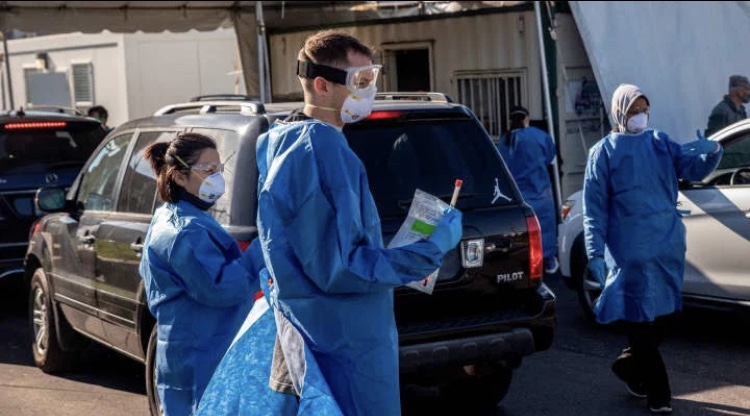 Researchers discovered a new strain of the coronavirus that causes COVID-19 which was first found in the United Kingdom. It is a mutant of the original virus. The more this mutant spreads the more mutated it gets, which could lead to more variants of the original virus. This  strain is identified as B.1.1.7, the first variant found with 23 mutations.

There is no evidence proving that these strands are more lethal. Although USAToday states that B.1.1.7 has been reported in 5 states and 33 countries, no one has yet to die.

Here in California, there have been 6 cases detected, and one person has been hospitalized. In response, the California Department of Public Health stated that public health providers are gathering bits of B.1.1.7 for genetic sequencing, and the state is gathering swabs of this new conjectured variant.

Researchers are yet to know if the new COVID-19 vaccine is able to fight against B.1.1.7. They say that it most likely can, but they are still collecting a sufficient amount of data. It has been found that the mutations and variants in the U.K and South Africa may actually be a threat to how sufficiently the COVID-19 vaccine works, and it may weaken your immune response from the vaccine. Pfizer’s vaccine allegedly ‘works’ against the variants, but they did state that the more the mutants change, the weaker your immune response will be from the vaccination.

Vox says scientists are warning that these newly found mutations could lead to “another wave” of the virus, and are even questioning how these mutations are able to spread so quickly, even with people in quarantine who have not traveled whatsoever.

The Los Angeles Times says “scientists are really worried” about the  new virus variants. They have found that it does not make people any more ill than the regular virus, but they are still worrying about how contagious it is. At this point, all they can tell people to do is to quarantine in order to help prevent the spread of the new variants.

Published in Fall 2020 and Coronavirus