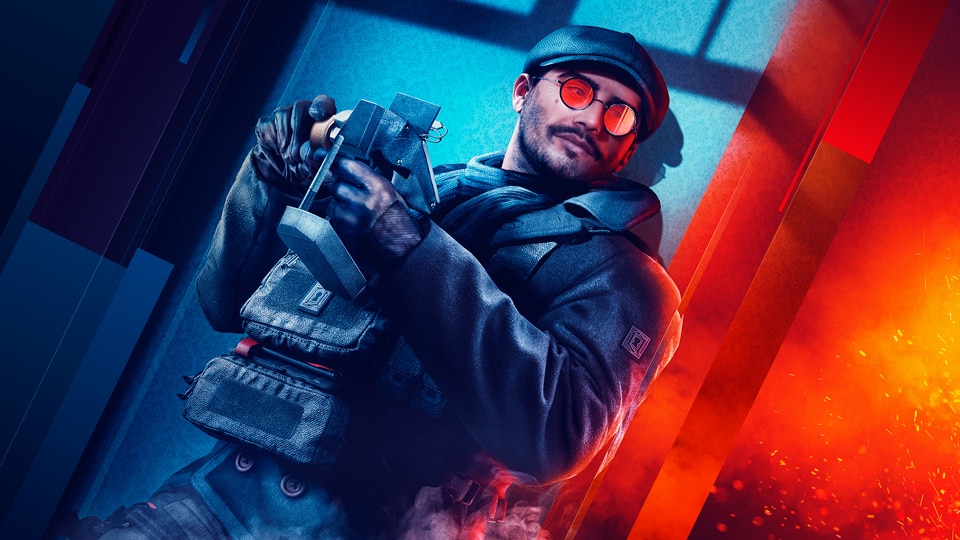 Operation Crimson Heist is the 20th expansion for Tom Clancy’s Rainbow Six Siege. It was announced on February 16th, 2020 that this new update to the game was coming during the Six Invitational 2020. The expansion’s name was officially announced on February 16th, 2021, and was fully revealed on February 21st, 2021 during the Six Invitational 2021 Community Event. The expansion became available on Test Servers on February 22nd, 2021. It was released on March 16th, 2021 for owners of the seasonal Battle Pass and will be released worldwide on March 30th, 2021 for all content users. In this update to the game, there was a huge rework to a map called a border. It takes place in a Middle Eastern Border where terrorists have taken control and a special unit team named Team Rainbow is sent in to go and take them out. But in the New rework, it has given a now more balanced advantage for both the defending team and the attacking by making certain areas in the map bigger and making it to where both teams will now have to fight each other with more strategy and using more teamwork and their abilities to win.

Also in this update, there was a new character added named Santiago “Flores” Lucero who is a two armor and a two-speed. He is equipped with two familiar weapons, the AR33 Assault Rifle that deals 41 damage and holds 26 rounds in one mag, and the SR-25 DMR ( designated marksman rifle) that does 61 to 52 damage and holds 21 rounds in a single mag, and lastly he has the GSH-18 which does about 44 to 37 damage and holds a capacity of 19 rounds in a single mag. While he has those decent ranged weapons he also has his new ability. The RCE-Retro Charge, a moving explosive drone that can only move vertically and horizontally. It can jump on walls and it has a 3-second timer before it blows up to take out whoever you are looking for, or whatever needs to be blown open. It is a nice and fast way to make quick getaways and nice rotations to get around and flank your enemy, it is also good for distractions but can be destroyed by other explosive gadgets from both the defending team and the attacking, so this device does have a counter. There is also a new gadget/ Secondary weapon called the Gonne-6, it’s a weapon that fires a single explosive round that destroys gadgets and deals light damage to Operators. The explosive round of the GONNE-6 travels in a straight line once fired, it detonates on impact and will destroy all gadgets within a short-range, including bulletproof gadgets such as Deployable Shields, Bulletproof Cameras, Maestro’s Evil Eyes, Castle’s Armor Panels, and Melusi’s Banshees. The explosion of the GONNE-6 deals a maximum of 10 damage to Light Armored Operators. Direct impact from the explosive round will deal a further 10 points of damage. The operators that were given this secondary to use in action are Glaz, Lion, Dokkaebi, Finka, Gridlock, Amaru, Iana, and Zero. That’s pretty much all you need to know for Operation Crimson Heist.