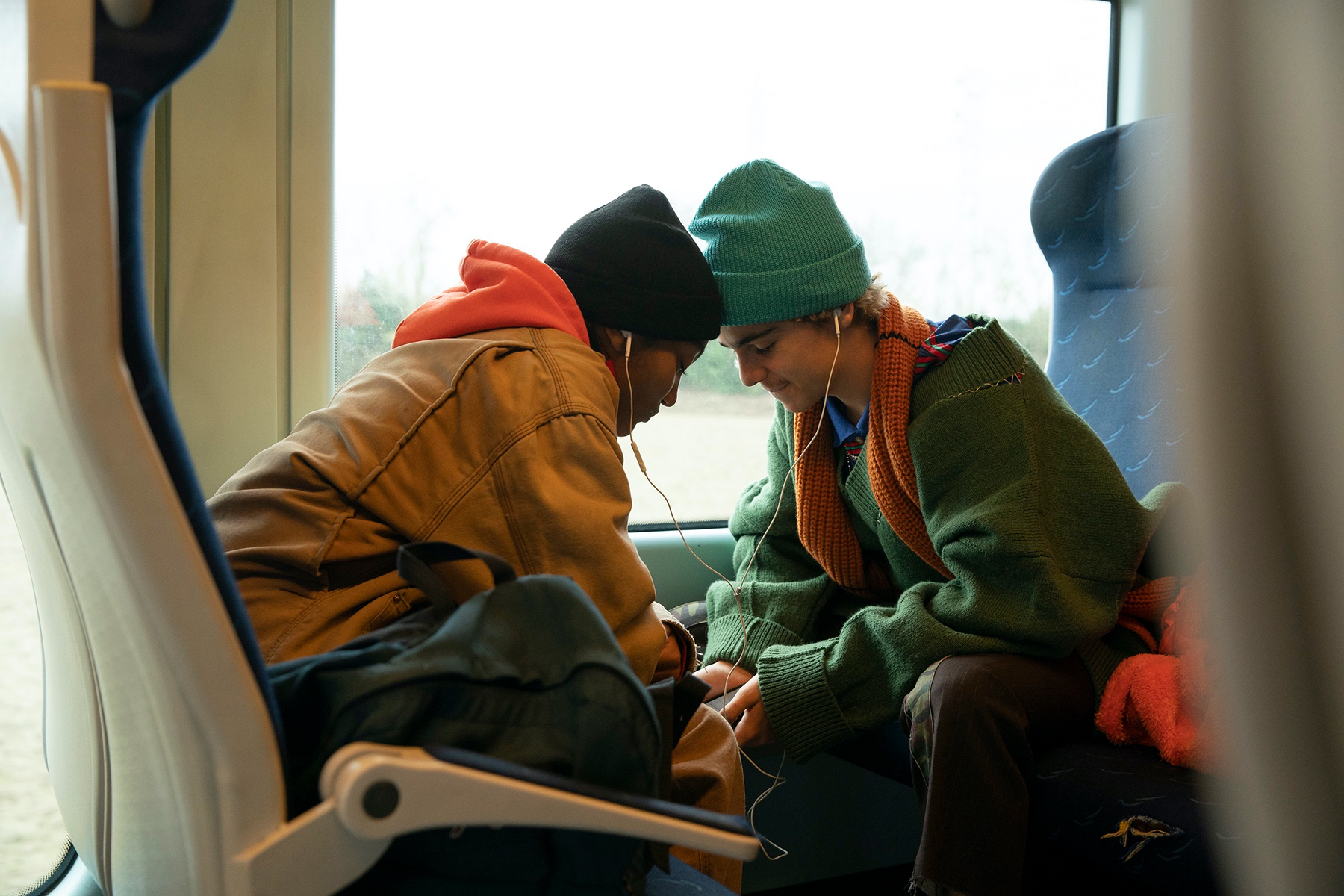 We Are Who We Are Review

We Are Who We Are, is a beautifully crafted TV show directed by the talented Luca Guadagino. Luca Guadagino not only directed this masterpiece of a show, but he also directed Call Me by Your Name. A movie about Elio and Oliver and their blossoming summer romance. There are definitely nameable elements in both of his similar pieces. The way he films is the same. The non-intrusiveness of the camera and the way he finds beauty in simplicity. He is such an incredible director. Other movies he has directed include The Staggering Girl, The Protagonist, I Am Love, and Antonia.

This show follows the lives of Caitlin Harper and Fraser Wilson testing out the deep waters of teenage adolescence. It is set in a military base located in Italy. When crafting the show Luca and the set designer wanted to create an Americanized bubble, but when the characters stepped out they find themselves in Bagnoli di Sopra, Italy. This show is uncomfortable, raw, and unforgettable. The series explores themes derived from everyday life. The actors and actresses do a wonderful job portraying real, authentic characters. This cast includes Kid Cudi, Chloë Sevigny, Alice Bragga, Jack Dylan Grazer, Fransesca Scorsese, and breakout star Jordan Kristen Seamón.

One of the most memorable lessons taken away from this show is that identity is not a static state of being, but rather a dynamic one. Throughout the show, both Fraser and Caitlin are trying to figure out sexuality, gender, and preferences. It is shown that Fraser might be gay and Caitlin transgender. Although it is never labeled the audience assumes based on the on-screen behavior of these two characters. At the end of the show, Fraser and Caitlin share a kiss after attending a Blood Orange concert in Bologna. This kiss broke down any preconceived notions the audience had about them. A lot of the time across the world there is a need to have everything figured out. Including “who we are”. For me, this show broke down those walls. It made me comfortable with the fact that it is ok to not have everything figured out.

Not only does this show explore identity, but it also explores a teenager’s relationship with their parents. The conflicts and the beautiful moments. Both Caitlin and Fraser have strained relationships with their parental figures. For Fraiser, his conflict lies with one of his moms-, Sarah. For Caitlin, it is with her father- Richard. It shows the good and the bad. That’s another thing that is so well done. The show’s ability to portray not only good but also portray the bad. Death and conflicts are portrayed just as well as partying and fun teenage antics.

Musical director Devonté Hynes did an amazing job curating the music. His own music group Blood Orange featured songs in the show. These songs included “Time Will Tell” and “It Is What It Is”. In the show, Fraser and Caitlin’s favorite band is Blood Orange so it was inevitable that they eventually attend a Blood Orange concert where the music group actually played for the scene in the show.

We Are Who We Are explores identity, self-discovery, relationships, love, and the general ups & downs of life and growing up. This show changed my perspective on so many aspects of my life and the world around me. The show is out on HBO max and Hulu as a limited-time TV show. I recommend you go give it a watch!