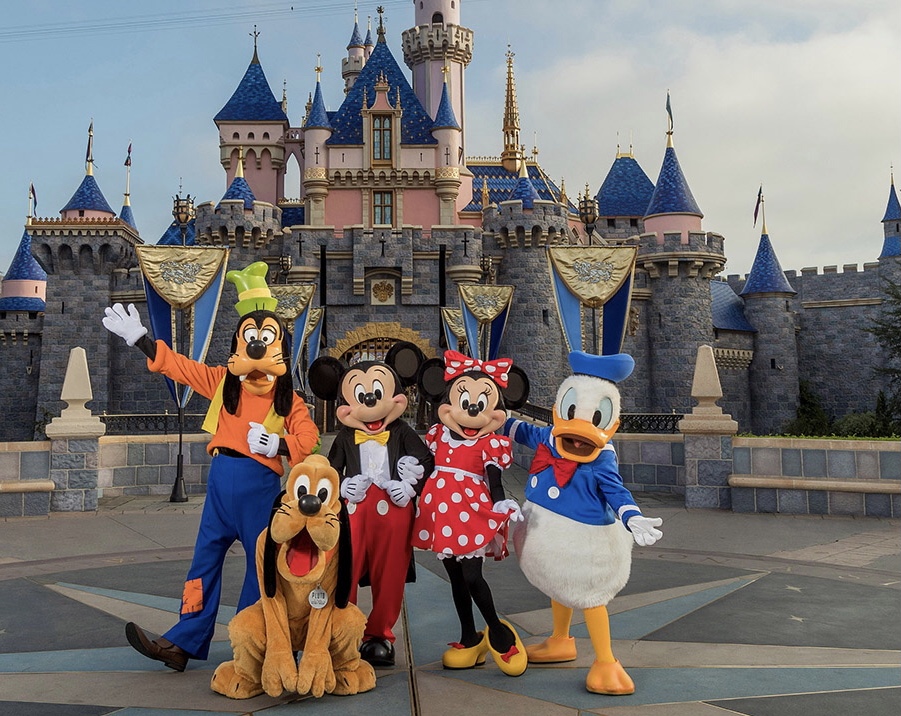 The secretary of California Health and Human Services Mark Ghaly announced that on March 5th, they were changing the state’s blueprint for a safer economy and allowing amusement parks to open at a 15% capacity in the red tier and a larger percentage in less restrictive tiers beginning April 19th. Immediately all the amusement park fans were thrilled and the parks started to set up for their opening. Disneyland and California Adventure will open to the public on April 30th following all the COVID guidelines. Universal Studios Hollywood will reopen on April 16th. Six Flags Magic Mountain is now open and you can attend the park with a reservation, however they are only allowing California residents to visit. Knott’s Berry Farm plans to reopen May 21st and season passholders may enter as soon as May 6 with the park’s new reservations system. LEGOLAND California and LEGO CHIMA Water Park reopened on April 15.

Disneyland has announced that not all rides and attractions will be open due to COVID. These rides are Animation Academy, Boudin Bakery Tour, Buzz Lightyear’s Astro Blasters, Chip ’N Dale Treehouse, Davy Crockett’s Explorer Canoes, Disneyland Monorail, Great Moments with Mr. Lincoln, Donald’s Boat, Finding Nemo Submarine Voyage, Frontierland Shootin’ Exposition, Golden Zephyr, Goofy’s Playhouse, Grizzly River Run, Jungle Cruise, Main Street Cinema, Matterhorn Bobsleds, Mickey’s House/ Meet Mickey, Minnie’s House, Pirate’s Lair on Tom Sawyer Island, Red Car Trolley, Redwood Creek Challenge Trail, Sailing Ship Columbia, Sleeping Beauty Castle Walkthrough, Sorcerer’s Workshop, Star Wars Launch Bay, and Storybook Land Canal Boats. Most of the rides are closed because they are indoor-only. However Astro Blasters and the Matterhorn are listed as “closed for refurbishment.” The Jungle Cruise is closed so that Disney can renovate it to remove culturally insensitive depictions. Another famous spot that will be modified is the Bibbidi Bobbidi Boutique where many princesses and princes got fairytale makeovers which will be open for merchandise purchases only. Most of Six Flags Magic Mountain’s rides are opened, however BATMAN The Ride, CraZanity, and The Looney Tunes Lodge are temporarily closed and do not have a date set to allow riders on. At Universal Studios Hollywood most rides are operating however like the other parks some are closed to comply with health restrictions such as DreamWorks Theater- Featuring Kung Fu Panda, The Simpson’s Rides, Despicable Me Minion Mayhem, Ollivander’s, WaterWorld, Special Effects Show, DinoPlay, and Super Silly Fun Land play areas, however the Silly Swirly Fun Ride is open. There are two new rides for guests to enjoy: a new Secret Life of Pets ride and a new Jurassic World attraction as well. Knott’s Berry Farm has not announced which rides will be open or closed, however they announced that in honor of the 100th year anniversary of the park, guests will be able to enjoy a brand new Knott’s Bear-y Tales: Return to the Fair ride that is going to be a 4-D interactive and pays a tribute to the classic attraction from 35 years ago. Lastly the rides that are temporarily closed at LEGOLAND California are Dune Raiders, Kid Power Tower, LEGOLAND Express, LEGO CITY: Deep Sea Adventure, The Hideaways, Pharaoh’s Revenge, and DUPLO Playtown.

Zoos and Aquariums are also announcing their opening dates at this time. SeaWorld San Diego is currently operating and almost all the rides are open, but the rides that have remained closed are Skytower and Tidal Twister. There are five new rides that will be coming to SeaWorld San Diego. There are two high thrill ones that are called Manta and Journey to Atlantis. The two medium thrill rides are named Riptide Rescue and Shipwreck Rapids. The last one being built is Bayside Skyride which is a low thrill ride. Shipwreck Rapids and Journey to Atlantis are both water rides. San Diego Zoo and Safari Park are both open but now require reservations or dated tickets like most parks do. The zoo has also temporarily closed the Botanical Tours, Guided Bus Tours, Kangaroo Bus, they have shut down all the shows that take place in the theaters and are indoors, the 4D theater, Animal encounters and feeding the animals, play areas, and the Balboa park miniature train. However the attractions that are still open are the inside look tours, Animals in Action Experience,The Early Morning Cheetah Experience, Discovery Cart Tour, and Crazy About Cats.

While remaining in a red, yellow, or orange tier, these are the guidelines you must follow to attend one of the parks. All parks have stated that every guest older than two years old must wear a mandatory face covering unless they have a medical condition, are hearing impaired and the mouth is essential for a conversation, or wearing a face covering would create a risk to the person related to their work as determined by local, state or federal regulators or workplace safety guidelines. People who are seated at a restaurant or other establishment that offers food or drink also don’t have to mask while they are eating or drinking, however they must be able to maintain a distance of at least 6 feet away from persons who are not members of the same household or residence. Your face covering must also remain on in photos. The park suggests that people exempted from wearing a face covering due to a medical condition, who are employed in a job involving regular contact with others should wear a non-restrictive alternative such as a face shield with a drape on the bottom edge as long as their condition allows it. Until further notice, the parks are only open to California residents/ The parks will in force this is by the ticket reservation using geocoding and GPS data to determine where the visitor is buying the tickets from. The reopening guidelines have allowed theme parks to sell tickets at the ticket booths but all ticket sales require contact information such as a name and phone number for contact tracing. The ticket booths may be open, but that does not mean that theme parks will have tickets available at the ticket booths. It is recommended to buy your tickets in advance because of the capacity limits. The park could sell out and have full reservations in advance. Guests may not eat or drink anything in the queue, and eating and drinking are only allowed in designated areas. Theme parks may discontinue the use of equipment lent to guests unless it can be properly disinfected after each use. The height check stations will be touch free. There will be no single-rider lines and indoor rides are restricted to 15 minutes. Everyone that is going to be riding in a vehicle together must all be in a family together. Outdoor entertainment must have physical distancing as well as characters maintaining 6 feet distance between them and guests. If you rent out a locker you must stay a safe distance in the locker area. To ensure parking, the entrance and exit areas are marked, monitored, and configured for physical distancing and to prevent congregating and any big crowds. Guests are going to be encouraged to consider alternative queueing, directional entry and exit for show areas, and make purchases online or through an app. Governor Gavin Newsom has limited the guests in the park to just be California residents, however he is allowing parks to have fully vaccinated visitors from out of state. Disneyland and Universal Studios are still only allowing the California residents just to have less people in and out of the park and keep others safe. SeaWorld however is letting vaccinated out of state visitors in. The other parks have not announced their plans yet. Every amusement park is limiting the groups to a household unit and discontinuing tours that combine multiple groups of families. You may have heard that parks are trying to limit screaming on rides, though the California Attractions and Parks Association has never recommended limiting yelling or screaming on amusement park rides. The theme parks are doing everything they can so their guests can have a safe and enjoyable experience, and they hope that soon they can fully reopen all attractions and have guests from all over come visit the park.