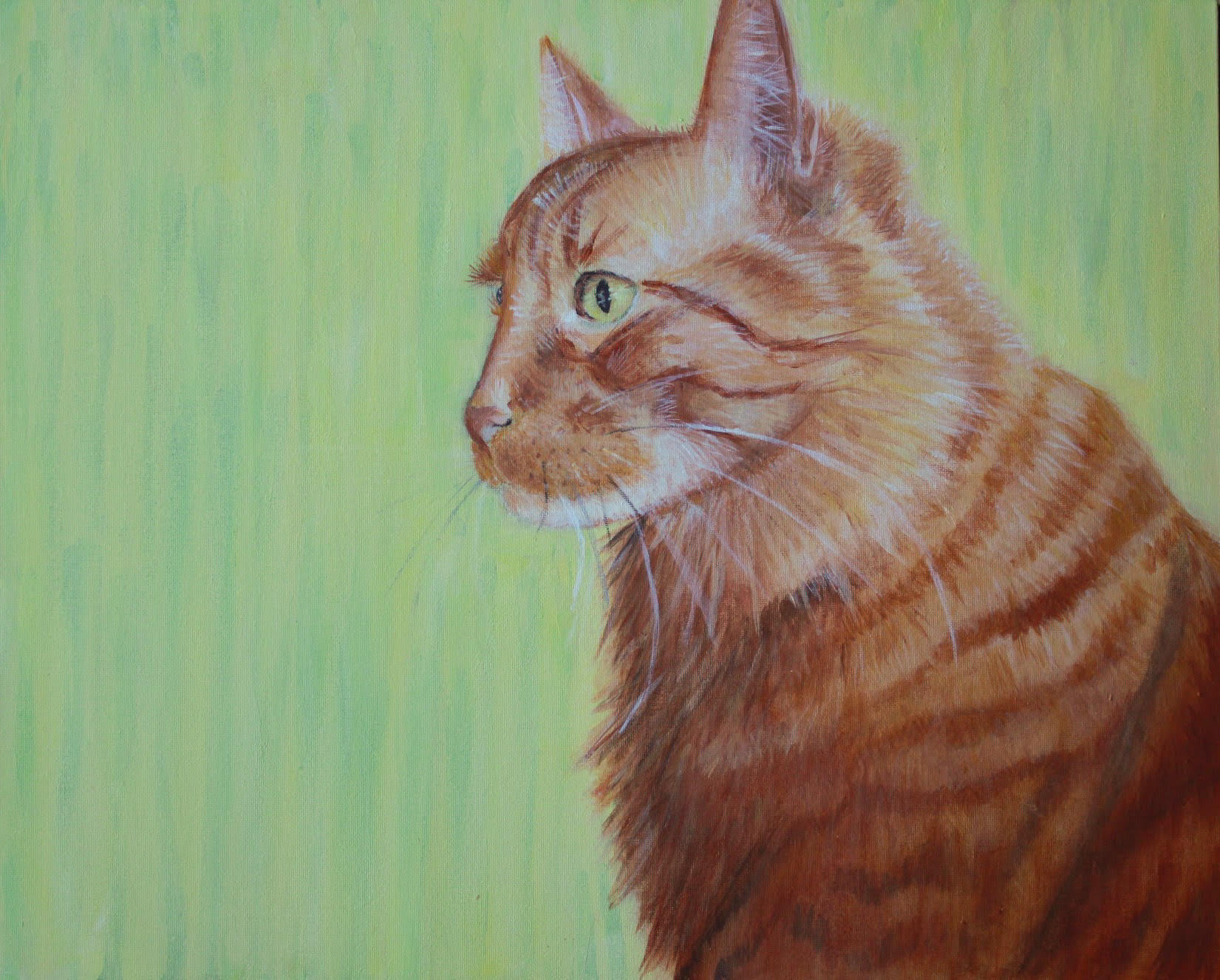 Shea Lily Whelan is a senior at Santa Barbara High School. She is involved in Green Club, Ultimate Frisbee Club, Architecture Club, Fashion Club, Music Production Club, and even Small Scale Food Production. However, this is not all; Shea Lily is also an incredible artist here at SBHS and an active member and leader of the Visual Arts and Design Academy.

Shea Lily was first introduced to the world of fine art when she was a kid sketching with her mom and sister. However, it was not until she took her first art class in fifth grade that she realized her passion for creation. As a perfectionist, Shea Lily sometimes finds it challenging to work on projects because she gets so caught up in the details of her piece. Her fifth-grade art teacher, Miss Kaufman, helped her feel more comfortable with the messy endeavors of creation. Shea Lily explains, “She always made sure to share the idea that art is not perfect. I think that made me feel a lot more comfortable in experimenting with new things.”

Whelan explains that although perfectionism and overthinking can sometimes get in the way of her artistic endeavors, she still loves making art. I asked why she thought she loved creating so much. Shea Lily answered, “I think it’s an interesting way for me to express myself and it’s kind of fun to try to make something by experimenting with different materials.” Whelan’s favorite mediums to experiment with are acrylic paint as well as working with clay and wire in sculptural art.

No matter what the medium, Whelan finds that inspiration is the key to beginning an art project. She is especially interested in human figures as well as nature, inspiration that heavily plays into her art pieces. Whelan also explains that she usually finds her inspiration right before she falls asleep. She will then quickly write it down in her sketchbook. If it is sculptural, she also will try to plan the mechanics of it. From here, Shea Lily Whelan enters her flow state. She finds that she is most productive in her VADA classroom, but she also works at home while listening to music or a podcast.

After many hours of hard work, the end product is finally presented. A few of Shea Lily Whelan’s pieces can be seen here. Whelan explains, “I’ve been working on animal portraits and seeing if there’s something that I’m interested in there with the hyperrealism and the detail.  I am also interested in seeing what kind of textures I can make with the new brush strokes in painting.” Both of the animals shown are Shea Lily’s pets. In her human flower portrait, she also explains that she had been experimenting with human figures and she felt like something was missing from this piece. “I wanted to make a 3D element of it and so I put the vines wrapping around. But the vines are wrapping around like tiny heads and little tiny hands. So it’s like, there’s a creepiness, but it’s also kind of pretty.” She states that the purpose she tries to put behind her art is finding beauty in unique human features and normalizing that everyone and everything is different. Whelan continues that she is also interested in the way humans interact with one another and how they interact with the natural world.

Shea Lily Whelan hopes to pursue art professionally, whether this is within fine art, design or even architecture. She believes that architecture and design could align with her eye for perfectionism, as well as sustainability and animals, which Whelan also finds herself passionate about. As for now, she is focusing on new exciting projects and beginning her senior year at SBHS.