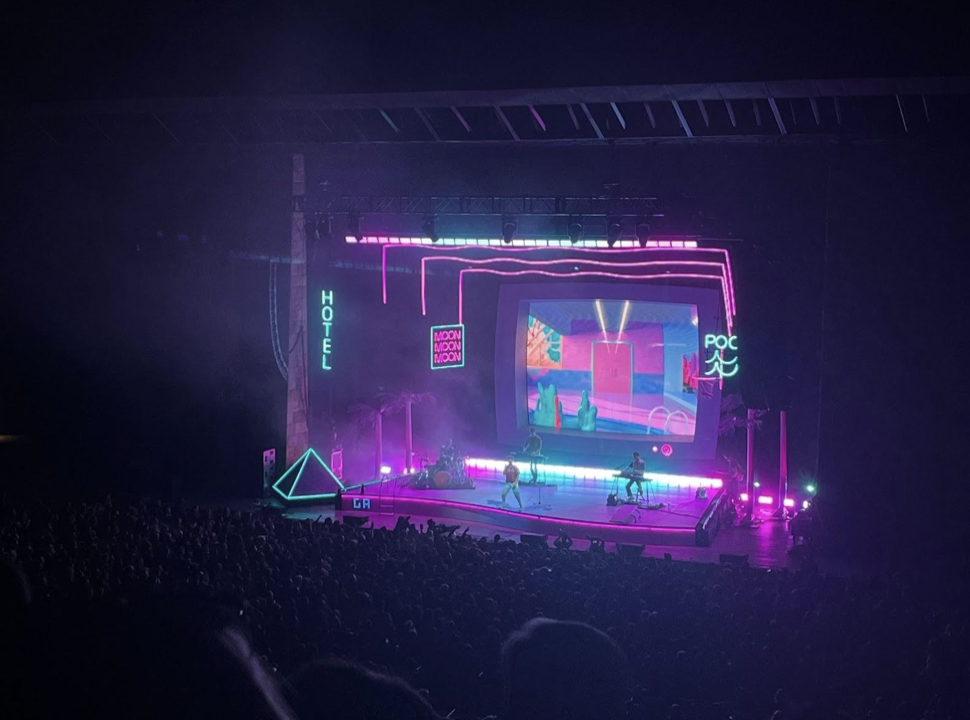 Glass Animals was formed in Oxford, England in 2010. The alternative indie-pop band is composed of childhood friends Dave Bayley, Joe Seaward, Ed Irwin-Singer, and Drew MacFarlane. Producer and singer-songwriter Bayley leads the group, with Seaward on drums, Irwin-Singer on bass, and MacFarlane on guitar. The band’s distinctive sound is a fusion of electronic, alternative, R&B and pop. Bayley’s vocals are unique and dynamic with considerable range. He often uses this talent to his advantage, changing his tone depending on that of the song. The band blends mesmerizing guitars, hypnotic synth and catchy drum lines to create their iconic radio-worthy, indie psychedelic sound.

Glass Animals debuted their first album, ZABA, in 2014. It had worldwide success. “Gooey” was an especially popular track, becoming a certified platinum song in the U.S. nearly a year after its release. Just two years after the band’s first album, a second was released: How To Be A Human Being. Soon after, it attracted international attention, and was eventually nominated for the 2016 Mercury Prize. Specifically, tracks “Life Itself” and “Youth” rose to the top of numerous charts. The album featured a 70’s retro aesthetic and underlined Bayley’s growth as a songwriter. After a long four years, the group released their third and most recent album to date: Dreamland. The album fuses 90’s pop with modern upbeat electronic beats – a perfect summer soundtrack. Almost a year after the album’s release in August of 2020, the band began their U.S. and Canada tour.

The performance attracted an audience of mostly teenagers and young adults – a result of the city’s large student body from the nearby high schools and university. There was, however, also a considerable middle-aged crowd, consisting of large friend groups and couples. Opening the show at around 7pm was BLACKSTARKIDS, an up-and-coming alternative-pop trio. The band originated in Kansas City and includes members known as Deiondre, Ty and Gabe. The group blends hip-hop, indie and rock to create a distinct, innovative, and fun sound. They’re often described as “1990’s nostalgia reinterpreted for a new generation”.

When Glass Animals finally appeared on stage, the crowd burst into cheers, high-spirited from BLACKSTARKIDS’ energetic performance. The arena was decorated with pineapples, palm trees, neon signs and vintage TVs, tapes and CDs – staples of the album’s aesthetic.

The first song of the show featured soft and slow vocals and instrumentals, a means of building suspense. Eventually, with the audience’s anticipation at its breaking point, the first song melted into the second, and the vocals, instrumentals and visuals erupted into a lively climax. As the group moved from one song to the next, the group’s high energy was maintained, increasing that of the audience. Throughout the show, neon light displays and hypnotic visuals accompanied the band’s impressive musicality.

The upbeat and enjoyable atmosphere of the venue was upheld by the overwhelmingly enthusiastic crowd. The moshpit, filled with people, danced as one, hands in the air and reaching on stage as Bayley walked along the edge. The thousands of other audience members remained standing for most, if not all, of the performance, shouting and singing along. Due to COVID-19, live music has come to a screeching halt over the past two years. Thousands of tours and shows have been postponed and canceled, negatively impacting the industry, artists, and regular concert-goers. COVID-safe shows have only recently resumed in certain regions of the world, many still being entirely shut down. Being a small part of a large, lively, and smiling crowd on this beautiful night in October was a moving reminder of the power of unification and connection that live music offers – necessary in a time of severe divide and isolation.