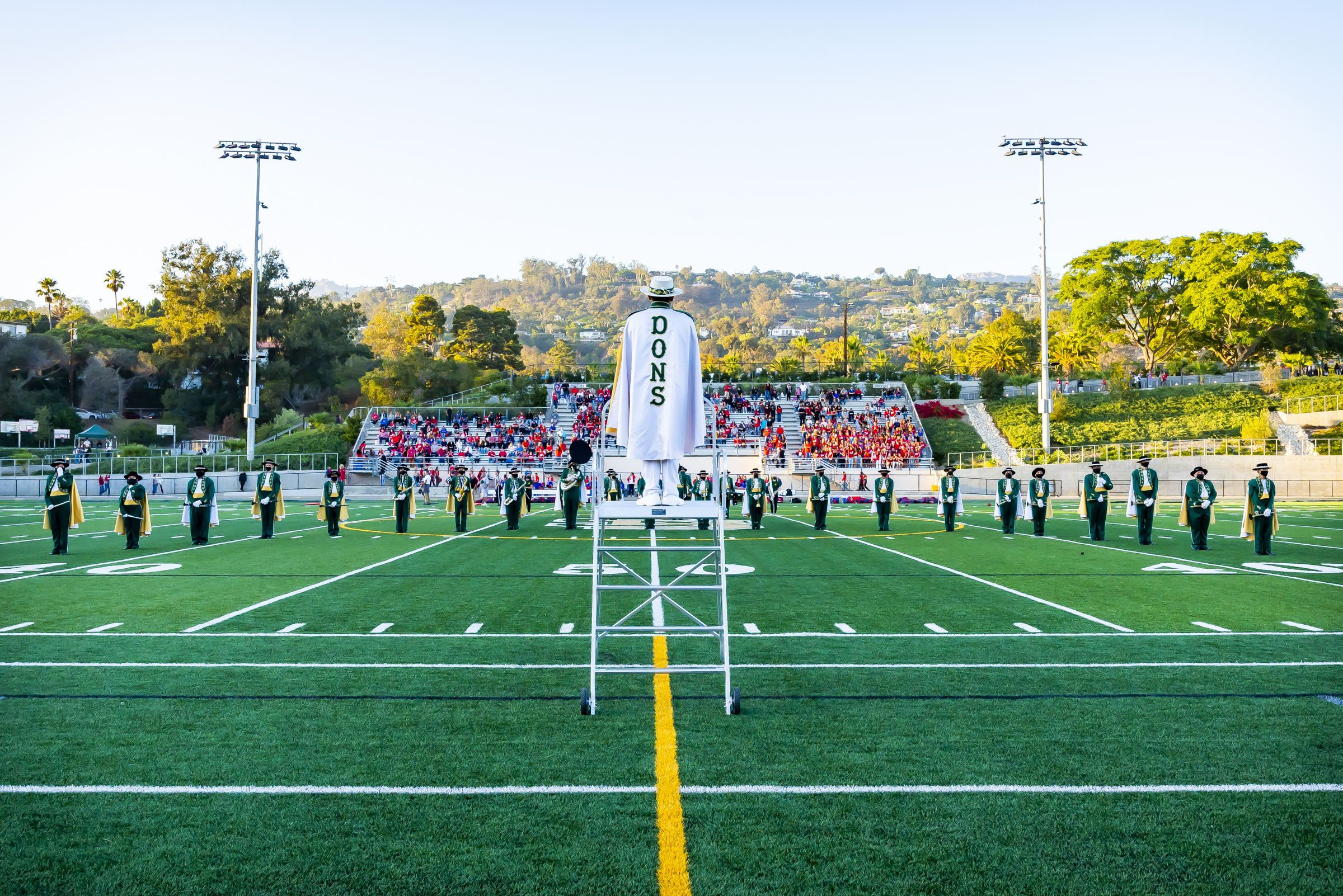 You have probably seen Santa Barbara High School’s Marching Band pump up the energy at a raucous football game, but when they have a stage all to themselves, they are a force to be reckoned with. Under the direction of Dylan Aguilera, SBHS’s Marching Band competed all over Southern California this past semester, taking home some of the biggest titles. In Moorpark and Oxnard, they came in second and third place respectively, often scoring higher than bands with many more players. Most notably, they won their competition at Royal High School in October and scored first place for Percussion and second place for Color Guard. As championships approached, they had their highest total season score since 2004.

After a year of “performances” being recorded in band members’ bedrooms around Santa Barbara, RJ Perez, the Marching Band’s drum major, was thrilled to lead his classmates to the Southern California championships for the first time since 2009. Perez has been playing since fourth grade and always knew he wanted to be part of SBHS’s Marching Band. In his fourth and final season, he credits their accomplishments to the dedicated group of upperclassmen who mentored newcomers and the freshmen and sophomores who worked hard during their first year playing together in-person. After the uncertainty of a season still threatened by the spread of COVID, making it to championships was a dream come true.

Sophomore Charley Raymond felt that the band became extremely tight, personally and musically, as the season went on. Because school was online last year, it was her first season playing at games and live competitions, and it was also her first year playing vibraphones. She particularly remembers the joy of the full band retreat at the championship competition. During normal competitions, only members of the band’s leadership receive the awards, but during the full retreat, the whole band is a part of the ceremony. Despite the intense rehearsal and performance commitment, Raymond is excited to be a part of this family for the rest of her high school career.

At the championships in Downey, SBHS ultimately scored 72.99 points and finished in seventh place overall but finished in third place for percussion. While the rapid spread of Omicron has brought back some uncertainty—all performances are on hold district-wide—these musicians are excited to see where the future will take them as they head into Drumline and Color Guard season and hopefully return to Marching Band championships in coming years.