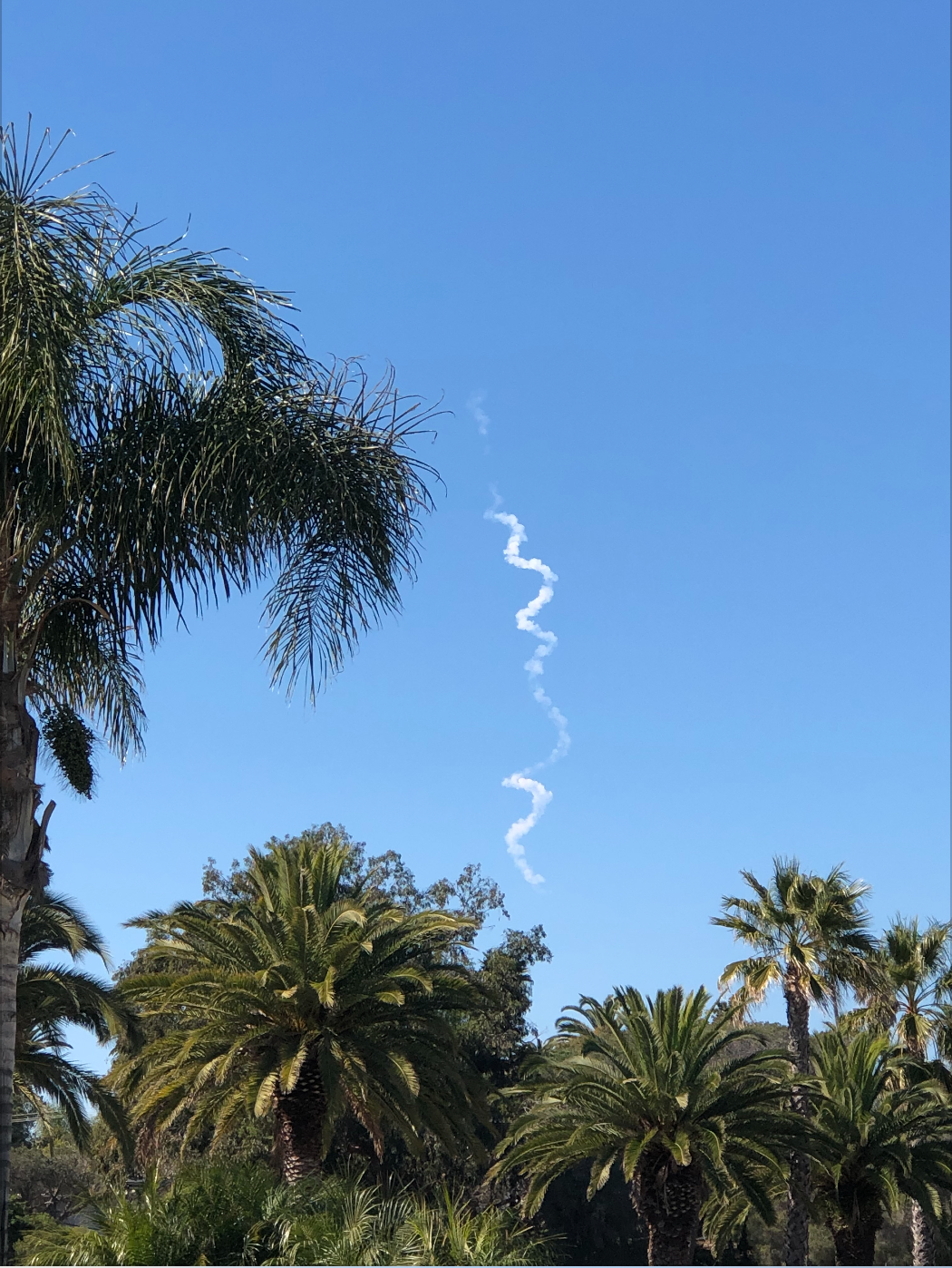 The Streak in the Sky – SpaceX Launch

February 2, 2022 – At 12:28 PM, the second Falcon 9 SpaceX rocket was spotted soaring over the SBHS campus. Varying groups of students gathered near the Senior Lawn to view the launch and the return to Earth, and to the shared glory of those watching, both the ascent of the rocket and the descent of its boosters were successfully seen from campus.

The second Falcon 9 launching of the week, the third National Reconnaissance rocket launching of the past 5 days, and the fifth SpaceX rocket of 2022, NROL-87 lifted off at 12:27 PST from the Vanderberg Space Force Base with a mission to dispatch a classified payload into Earth’s orbit. The rocket itself was once of SpaceX’s 2-Stage rockets; the first stage being the boosters propelling it beyond our atmosphere, and the second being the boosters and corresponding parts returning to Earth. Blasting off from the east launch site of SLC-4E, it was the 20th SpaceX rocket lifted off from that particular site, and one can only wonder in bemusement of what SpaceX will accomplish in the coming years. Though the rocket was technically using SpaceX technology, the customer of the project was the National Reconnaissance Organization (NRO), a US government agency. Both a symbol of technological advancement and the epitome of massive government spending, NROL-87 is shrouded in mystery, mostly due to its classified contents. As far as the public knows, the NROL-87 brought with it a spy satellite as an addition to the already massive US fleet, though the exact purposes of the satellite are unclear.

But, whether the rocket be an attempt to spy or a mere example of scientific advancement, the genuine joy brought to its spectators during the launch, at least those at Santa Barbara High, was yet another reminder that we can still feel a sense of togetherness in spite of  Covid’s presence.