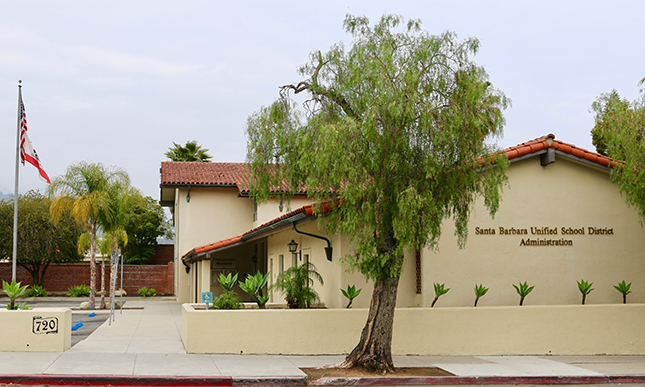 New guidance from the State of California allowed SB Unified to officially drop the mask mandate for students and faculty at all schools on March 12th. When students returned to school on Monday, March 14, classes were very split in terms of mask wearing—a fact that was already true in many cases but now officially sanctioned. These new guidelines arrived almost exactly two years after school shut down at the beginning of the pandemic. For Governor Gavin Newsom, they signal the beginning of the “endemic” phase of his COVID response plan. For students, this is a major milestone. After months of online learning and months of in-person but masked classes, school has finally returned to that elusive “normal” that has so frequently been a topic of discussion.

Just as mask-wearing has varied since the mandate dropped, so have people’s opinions on the new guidance. Signs around school inform students to respect others’ choices regarding masks and cite reasons some may continue to wear a mask, including immune disorders, concerns for family health, and general level of comfort at school. Many students echoed this sentiment of respecting others’ choices. One senior said, “I really think it’s dependent on your surroundings and how you feel comfortable. If you feel comfortable not wearing a mask then it’s your decision and if you feel comfortable wearing a mask then it’s your decision.” She said that she would base her own decision to wear a mask off of the people around her so that she would not make anyone uncomfortable. Another student said that he feels “neutral on the issue,” and that “everyone should be able to do whatever they want.” So far, there have not been any reports of altercations related to mask-wearing since the mandate was dropped.

Teachers were similarly split in terms of mask-wearing. Choir teacher Mary La Face said, “I feel torn. I know the numbers are going down, but I don’t feel totally comfortable unmasking.” She said that going forward, if the COVID case rates continue to decrease, she may begin to unmask at school. For now, she would have liked to have seen the mandate stay in place a little while longer, but she says that she is happy “not to have to police [mask-wearing] anymore.”

While some people were still wearing masks to protect themselves, their families, or even just their spring break plans, many others were excited to be able to take them off. One student said they feel very safe unmasking on campus because other COVID prevention protocols such as testing and the daily Crisis Go screening are still in place. Another student simply said, “I don’t really care.” After two years of strangeness, it appears that this step towards normal has mostly been greeted by apathy.