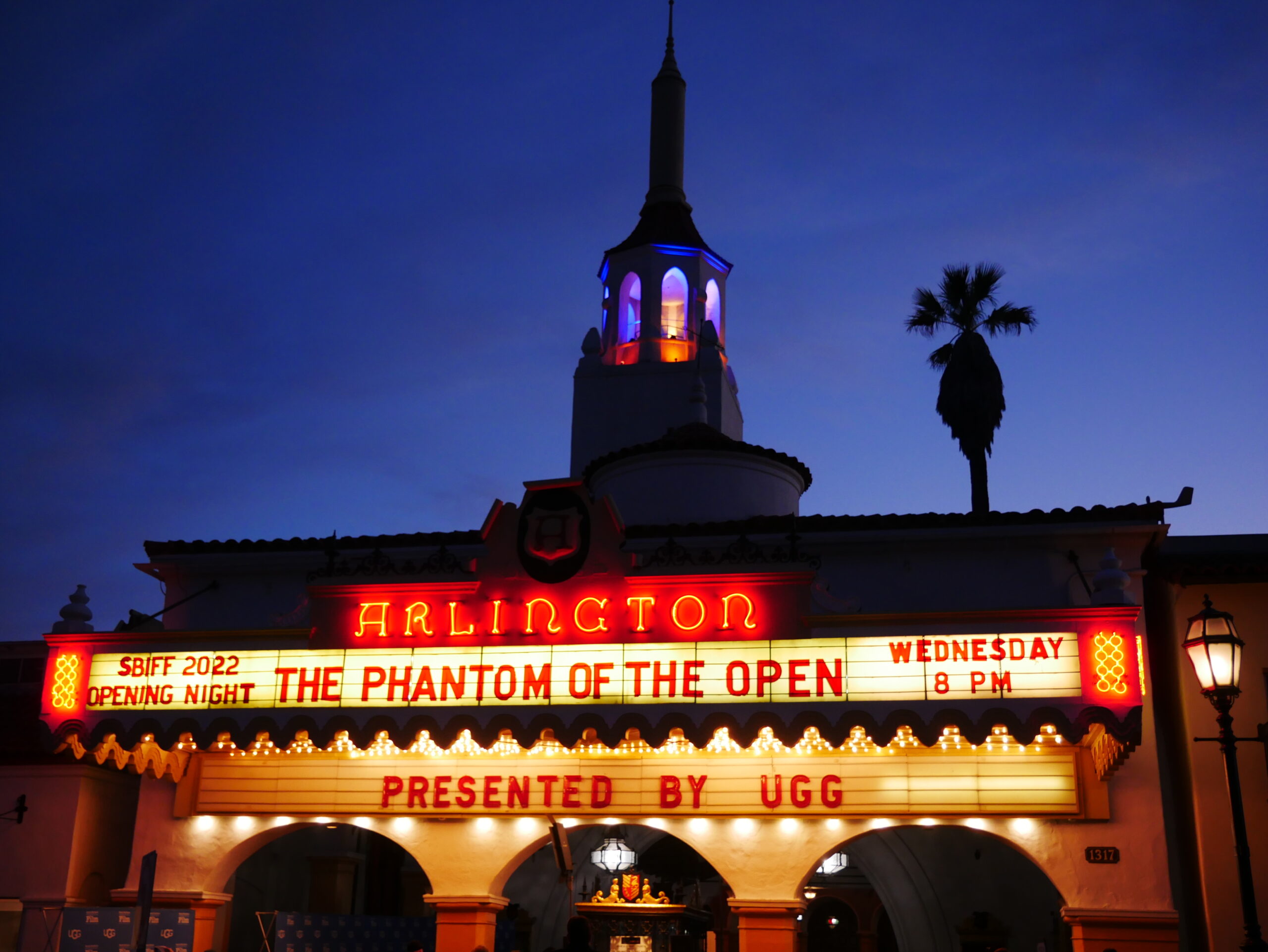 On March 2nd, 2022, the 37th annual Santa Barbara International Film Festival commenced. People from all over the world filed into Arlington for the first time in two years, giddy from the smell of freshly popped popcorn and exhilarated at the chance to watch a movie in a real theater again.

The stars on the Arlington theater’s ceiling shone brightly as the lights dimmed and the crowd quieted down. Roger Durling, executive director of SBIFF, strolled on stage and the crowd erupted in applause.

“Hello! And welcome to the 37th annual Santa Barbara Film Festival!” he exclaimed as he burst into a smile.

Another round of applause rang out.

Durling began his welcoming speech by first addressing the war in Ukraine with Russia.

Every night at the SBIFF, protesters stood outside the Arlington theater carrying signs saying, “More military support now!”, “We stand with Ukraine.”, and “Stop Putin!”

Emerson Steady spoke to two of the protesters who immigrated to Santa Barbara from Ukraine and still have family there.

Santa Barbara High School’s very own English teacher Paul Forster was also there every night outside of the Arlington standing alongside the protesters with his signs.

When asked why he decided to go out and protest, he explained that his family is from Ukraine, and when he saw what was happening there on the news, “It just broke [his] heart.” He saw an article in The Independent with contact information for some local protesters: “I immediately reached out and said, ‘What can I do?’ ‘How can I  help?’ And they said they would be at the film festival. That’s how I ended up there.”

Many of Forster’s current and former students were inspired by seeing him out protesting and came out to protest alongside him.

One of those students, Grady Walsh, can be seen pictured below holding a sign up alongside Forster. Walsh explained that he saw what was happening in Ukraine on the news and asked Forster what he could do to help. Forster then informed him about the protests that were going to happen in front of SBIFF, and Walsh immediately leapt at the opportunity and went to protest

When Walsh was asked why he wanted to go out there and protest, he said, “Mr. Forster put it really well, ‘You can either sit around and do nothing or you can do something and I think this is doing something.” He continued to explain, “…I am 14, I can’t go over and help Ukraine physically, I don’t have enough money to donate. You know, I am just a high school student. All I can really do is protest and try to get other people, if they have money, to donate. That’s really it: just donate.”

Based on a true story, “Phantom of the Open” “follows Maurice Flitcroft, a dreamer and unrelenting optimist who managed to gain entry to The British Open Golf Championship Qualifying in 1976 and subsequently shot the worst round in Open history, becoming a folk hero in the process.”

As everyone sat and watched the movie, there was a sense of togetherness beyond words that many of us forgot existed during quarantine. The simple act of watching a movie reminded us of the peace that humans can enjoy when we all come together with love for something. Which is, as the Santa Barbara Film Festival reminded us, the joy of movies.

The 37th annual Santa Barbara Film Festival brought those truths back to the surface by bringing artists from around the world together in celebration of one another. This celebration emphasized that making art, music, movies, and expressing what you stand for is more important now than ever. They remind us of the peace and love that came before the conflict and emphasize that we are capable of finding that place again.