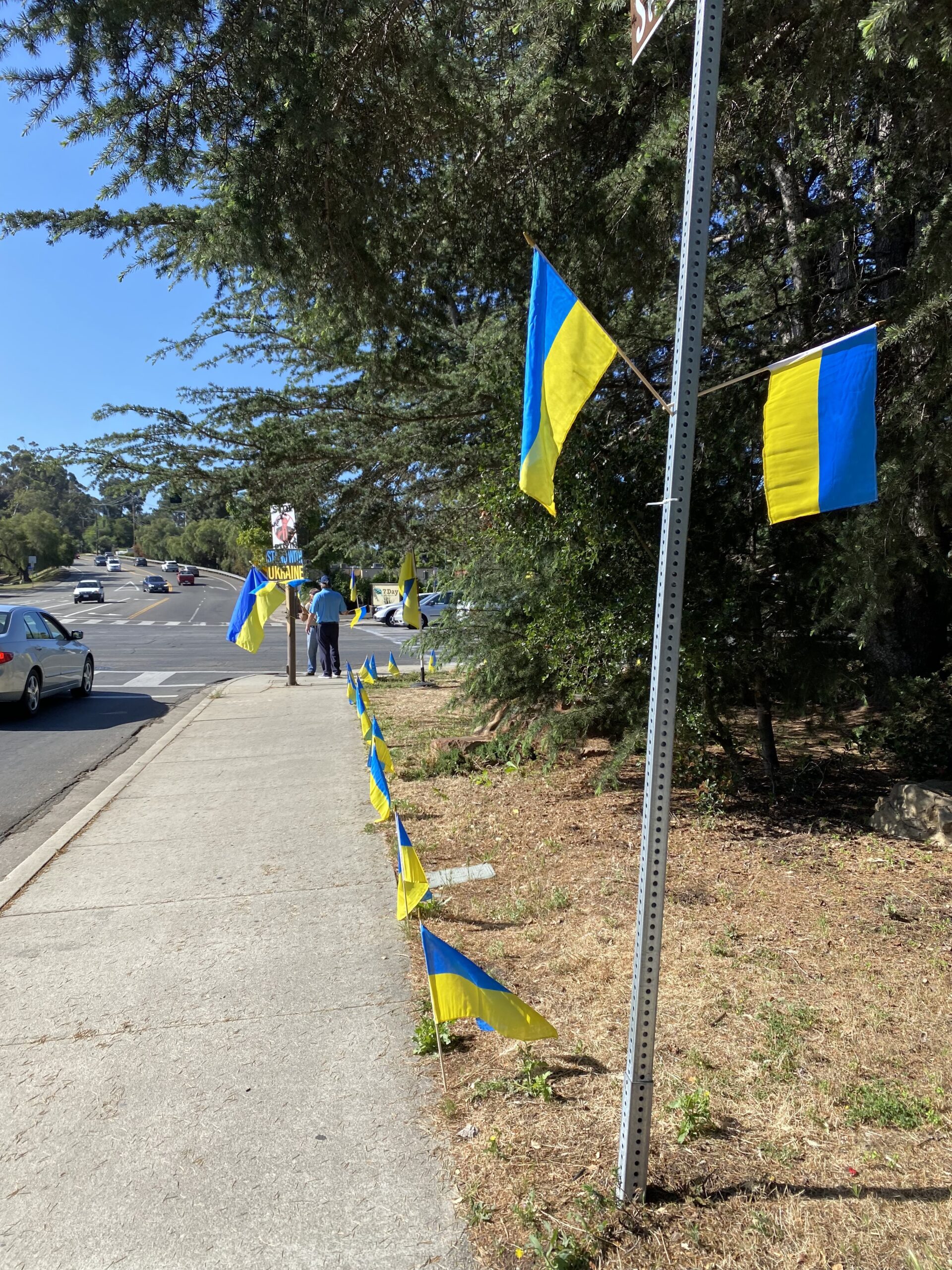 Russia and Ukraine: A Continued Fight

Over the past month, the conflict between Russia and Ukraine has become an unwelcome source of uncertainty and an ongoing guessing game of what is to come next for each country involved. While Russia’s invasion and continual efforts to assume power within Ukraine have left much of the country devastated by the loss of their people and infrastructure, citizens around the world have united to support Ukraine and urged for even greater action to stop Russia. We have seen evidence throughout the city of Santa Barbara, where protests have been held and Ukrainian flags can be found waving. The conflict between Russia and Ukraine has taken many complex turns throughout its duration. It has painted a picture of both unnecessary aggression by one country and incredible resilience from another.

The war between Russia and Ukraine has come with many unexpected wins for Ukraine as well as brutal aggression from Russia. Initially, the Chairman of the Joint Chiefs had said that the capital city of Ukraine, Kyiv, could fall within 72 hours after the Russian invasion. However, the war has lasted for over a month, and the Ukrainian military is in counteroffensive positions in many parts of the country. The use of bombardments by Russia’s military to major cities in Ukraine had dealt a great amount of damage to the lives of many civilians. The office of the United States High Commissioner for Human Rights verified on Apr. 12 that 1,932 civilian deaths have occurred since Russia began its military attack, and at least 3.8 million people have fled Ukraine. The U.S has provided billions of dollars in military aid to Ukraine and imposed sanctions on Russia in its efforts to support Ukraine. According to Al Jazeera, tens of thousands of Ukrainian civilians have joined the Territorial Defense Forces, which are the volunteer military units of the armed forces. In the most recent deliberations between Ukraine and Russia that occurred in Istanbul, Moscowsaid that it would “fundamentally cut back” offensive operations near the Ukrainian cities of Kyiv and Chernihiv in order to boost trust in further discussions. However, Moscow’s lead negotiator has said that this promise does not represent a ceasefire. Kyiv has offered to remain neutral to the North Atlantic Treaty Organization (NATO) and suspend its wishes to join the alliance in exchange for security guarantees from Russia. As the Russian war against Ukraine carries on, foreign policy experts and average citizens alike continue to hold their breath in the hopes of a peaceful resolution. While concerns over increasing civilian deaths and major cities left in ruins are racing through the minds of citizens across the world, many have been forced to change their previous views on world leadership and the capabilities of both Russia and Ukraine.

Prior to the Russian invasion, The Forge published an article called “U.S. Involvement in the Russia and Ukraine Dispute” that described two Santa Barbara High School teachers’ opinion of the conflict at that point in time. Initially, both John Gannon and Melanie Hodgdon believed that the conflict could be resolved through diplomacy and that a resolution could come before Russia felt the need for military action. This, of course, proved to be incorrect. Gannon has since said that the news of the invasion had surprised him because, “I felt that in our modern world something like this just wouldn’t take place. And yet … we still are in a situation where some people try to take what they want through the use of force … So I was surprised, and … maybe I hoped that it wouldn’t happen. That there wouldn’t be a loss of civilian life, that there wouldn’t be the unnecessary killing that’s taking place.” Speaking on our wrongful assumptions of how a Russian invasion would result, Hodgdon said that she had not been surprised by Russia’s missteps militarily, but had been somewhat shocked by Ukraine’s successes. “I think that the world has been impressed with Ukraine and how well they’ve been able to hold off the Russian forces … I think that the Russian military supplies are outdated, I think that their leadership is flawed, and if we’ve learned anything throughout history it’s if … as a soldier … they [don’t] think [what] they’re doing is the right thing to do, then it’s likely that it’s not going to be a success.” In response to Russia’s vow to “fundamentally cut back” its forces in Ukraine, both teachers have said that they don’t think this can be trusted. One of the only similarities between the situation occurring now and the time before the invasion is the omnipresent fear of what is to come next.

The war between Russia and Ukraine has sent a wave of fear and devastation for Ukrainians. While some fears of the results of a Russian invasion have proven inaccurate, such as the swift capture of the Ukrainian government, these have resurrected into anguish over what we never could have imagined, like the astonishing loss of human life. While people around the globe wait hopefully for news of an end to this conflict, all that is left to do is wish that a return to an independent Ukraine can stem from their outcry and undying support.