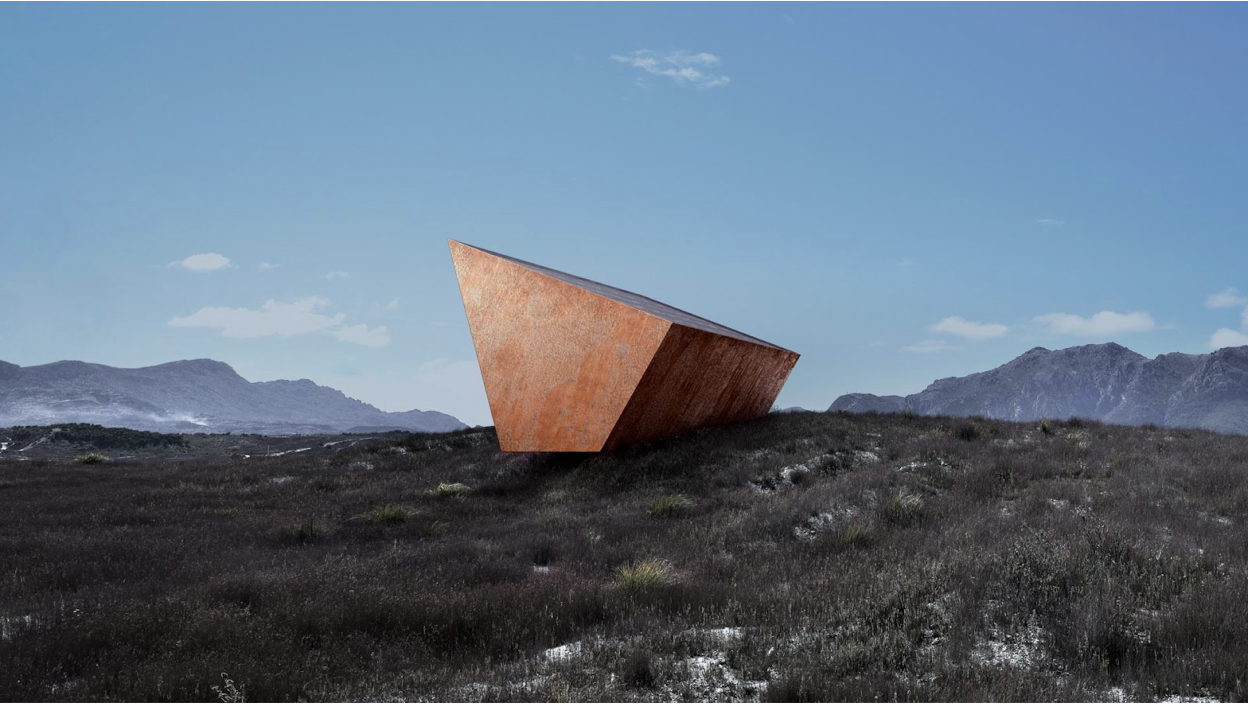 Earth 500: “The Unbiased Account of Where We Went Wrong”

In a world of environmental uncertainty and political unrest is a beam of light, or rather, a box of darkness. Earth’s Black Box (EBB), the first structure entirely dedicated to collecting data regarding humankind’s failure to take care of the Earth, has been planned, designed, and is expected to be completed mid 2022. Standing 33 feet long, made of steel and concrete, and covered in enough solar panels to survive countless centuries, Earth’s Black Box seems like something out of a sci-fi novel, and honestly, it is too close to sci-fi for comfort. Nestled in the grassy plains of Tasmania, EBB sticks out like a sore thumb, but despite seeming out of place, Tasmania was specifically chosen for its “geographical and political stability,” meaning a lack of conflict and natural disasters.

Starting in December of 2021, inspired by the ending of 2021 United Nations Climate Change Conference, a group of semi-anonymous artists, engineers and climate activists decided to build a capsule of humankind’s failure of taking care of Earth. “Unless we dramatically transform our way of life, climate change and other man-made perils will cause our civilization to crash…” the designers’ website reads, “only one thing is certain. Your actions, inactions, and interactions are now being recorded.” But why now? Why did it start after COP26? The exact answer is uncertain, but it could have been inspired by the unfortunate results of COP26, which was  widely known among scientists as a failed attempt at change. The 2021 United Nations Climate Change Conference caused little change, and given the increasingly extreme weather conditions, it may well have been the last straw.

But why is it called Earth’s Black Box? Though it may seem like a very straightforward name with little circumstance, the real purpose of the name is much more grim. In 1953, Dr. David Warren of the Aeronautical Research Laboratory designed a semi-indestructible recording device meant to document the moments leading up to and after a plane crash. Placed in a fire proof, impact proof, and overall bulletproof box, these boxes filled with data have been in almost every plane since, and for good reason. Through their meticulous data collection, analytics experts have been able to determine the cause of crashes and fix future planes using the data from the black boxes. A good idea for planes, sure, but using it as a metaphor for Earth’s doom? It is a pretty pessimistic outlook on our future. However it was not inspired by pessimism but by desperation to spark change in Earth’s future, before it is too late. “Hundreds of data sets, measurements, and interactions relating to the health of our planet will be continuously collected and safely stored for future generations [to learn from].”

Likening the Earth to a plane crash is certainly troubling, and sorrowfully indicative of Earth’s demise. So now, I’ll leave you with the EBB slogan that left me so utterly jarred… brace for impact (and Happy Earth Day).