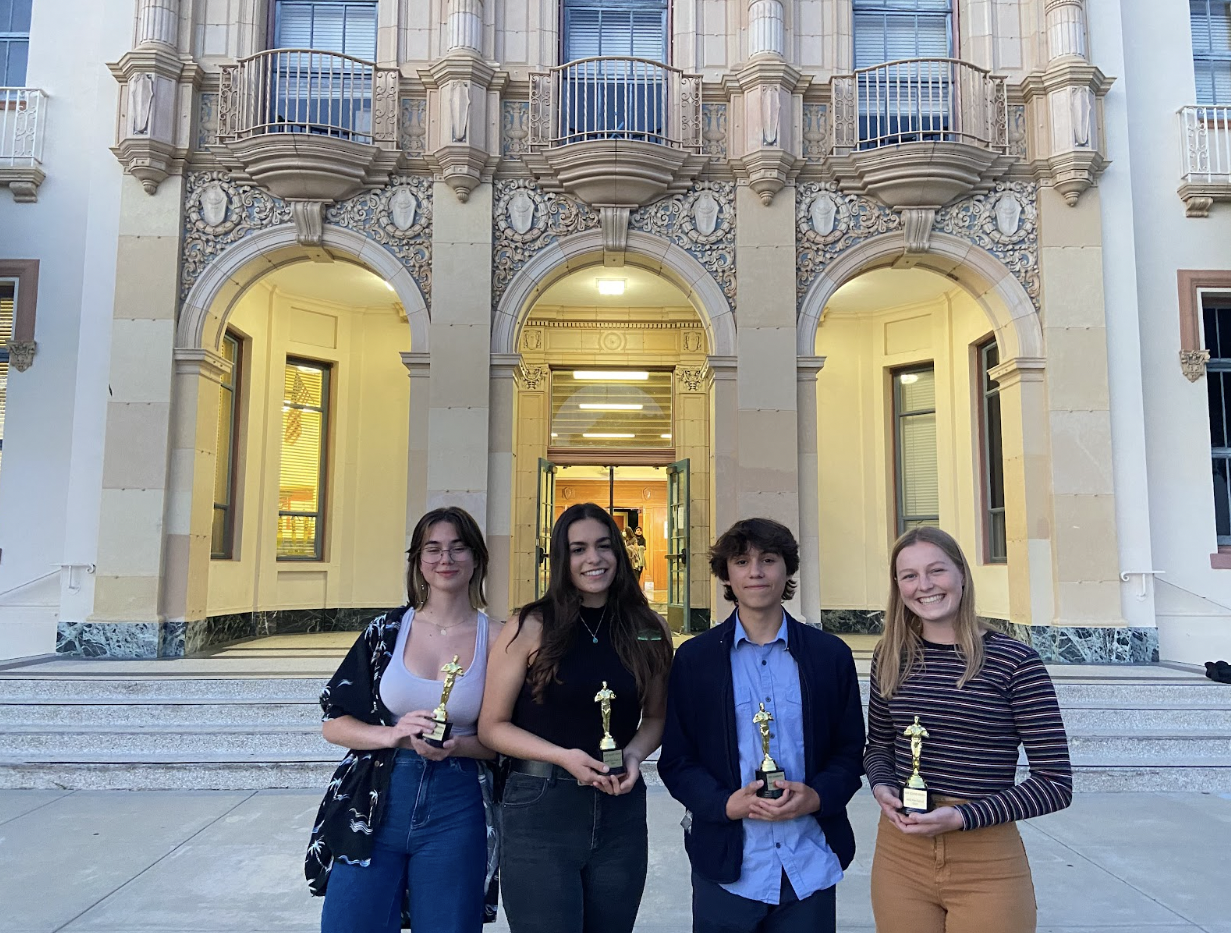 The event started off with a speech from two MAD students, welcoming those who attended and presenting various prizes that award winners and nominees could receive such as gift certificates to various local businesses in Santa Barbara, MAD academy merchandise, trophies for award winners, and a sit-down lunch with an industry professional discussing the individual’s future in the film industry. The event then kicked off with each category’s nominees getting their film presented and evaluated by the judges.

The event had a total of four awards. The best sound design winner was “Quadruple The Fun” by Sarah Fisher, Warren Williams, Luke Mcnaughton and Zoran Cora. The best music video was “The Upside of Down” by Isabella Vasquez. The best narrative film was “The Big Fella” by Carlo Maguire. The best storytelling award went to “My Love” by Alizee Lytle.

When asked how he felt winning best narrative film Carlo Maguire said, “Besides obviously feeling thankful and happy for the award, I felt encouraged and supported when I won the award.  Because filmmaking is something that I really want to pursue in the future, I couldn’t help but feel supported by the people who enjoyed my movie.” Carlo also said, “While it’s amazing to have won an award for my short film, I feel like the overall support from friends, family, audience members, and judges meant much more to me.”

Carlo said that he is “considering pursuing a film career,” and that “Working on creative projects like this has always gotten me excited, and I couldn’t really see myself going down a much different path at this point. A career in the film industry would mean that I get to do this thing that I love everyday.” Carlo is currently working on his MAD senior project and a short story adaptation that he will hopefully be co-creating“with his friend Jack Hirsch. Carlo will be attending Chapman University’s Dodge College of Film and Media Arts in Orange, California.
The MAD academy aims to give students opportunities for major success in whatever multimedia arts career they find to be the best fit for their future. In terms of filmmaking and screenwriting, the academy has established the MAD Film Festival to help inspire and build foundations for those who want to pursue filmmaking by platforming their early work and rightfully awarding it. Hopefully, this platform will allow filmmakers like Carlo to see their future films in other more well-established film festivals like the Santa Barbara International Film Festival. The full festival can be seen on Vimeo here: https://vimeo.com/705174377