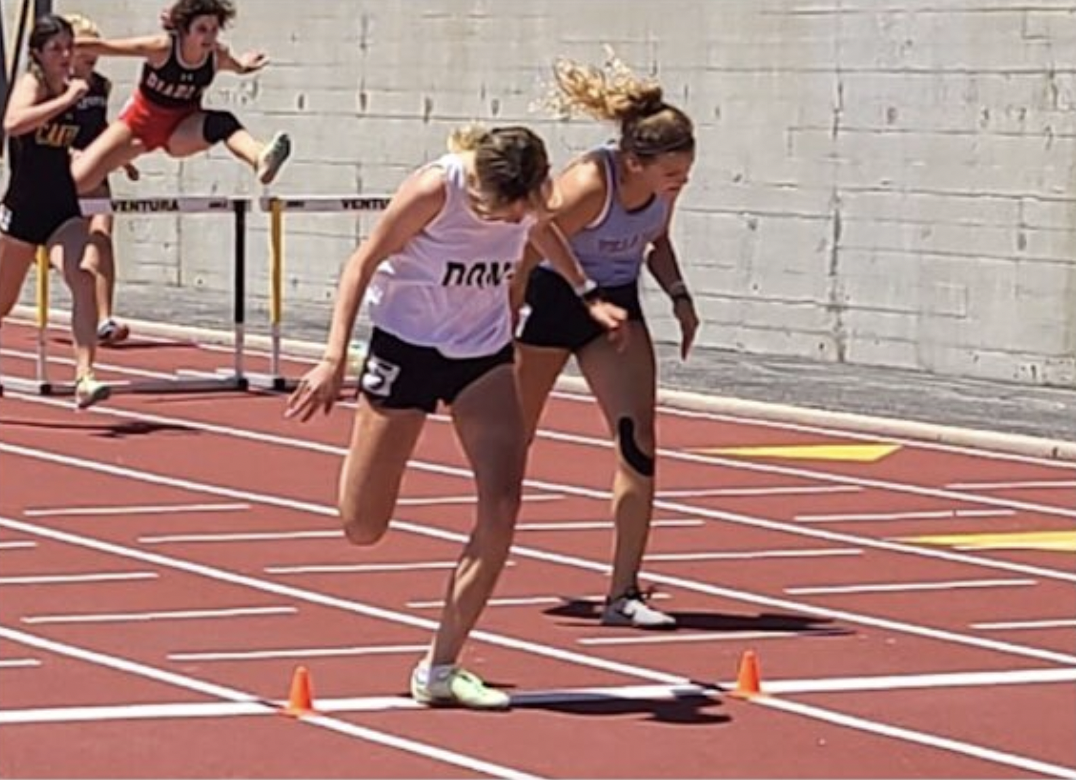 On May 7th, 2022, the Southern Section CIF Track and Field preliminaries took place at Ventura High School. The Santa Barbara High school athletes that qualified to compete in this meet were Mackenna Show, Laila Goodman, Katherine Hedrick, Gianna Stump, Krystal Valdez, Drew DeLozier, Blaise Snow, Andreas Dybdahl, Oliver Levine, Jack Ransdell, Davis Flanagin, Oliver Andrews, and our Santa Barbara High School 4×400 and 4×100 relay teams. After interviewing Santa Barbara Track and Field athlete Drew DeLozier, who competed in the 800 meter and 4×400, I discovered exactly what inspires him and motivates him to put his best foot forward on the track. He is a junior who has been running track all his years in high school. In the CIF Southern Section preliminaries, he ran the 800m with a time of 2:05.21, and he and his relay team ran the 4×400 with a time of 3:35.61. Neither are personal bests for DeLozier, but the performances in both events are still impressive.

What would you say to younger athletes hoping to make it to CIF themselves one day?

Know the qualifying times and consult your coach asking what you need to work on and try to work towards that time-mark and constantly work on cutting it down and working on improvement. I analyzed and studied races and worked on finding a good split.

Did you feel confident before getting onto the track?

Kind of. I had been dealing with muscle strain for the past few weeks, but I had a good heat and knew how to run with the other guys. I was still a bit apprehensive because of the injury in my right gracilis.

What events did you compete in?

Were you happy with how you did?

No, terribly unhappy. I had my worst race in both events that day.

What inspired you to get into track and field?

I had always been doing sports and other stuff, but was never really skilled in anything. I was always pretty fast, so I decided to try out track and field and cross country, and I found it’s something I really enjoy. I’ve been running since third grade, but was never really into it until I experienced the team culture.

What is your favorite part of doing track and field and being on the school team?

I honestly really just like the easy runs with the guys because we can all just talk and screw around while we’re running. They’re some of my closest friends. I also love the workout because although they suck in the moment, I know they are helping me get stronger. I also like the feelings of knowing that you did the best you could and feel accomplished and happy with yourself.

Will you continue to run track your senior year?

I plan to run in college at a D-I school. I’m reaching out to UC schools, or schools that are in that academic range that also have stellar track programs.

From our own SBHS track team, Davis Flanagin and Katherine Hedrick proceeded to advance on to the CIF Southern Section finals. Each of them did great and we are so proud of how far they’ve come. Hedrick, who specializes in hurdles, ran the 300 meter hurdles in 46.88 seconds and the 100 meter hurdles in 15.53 seconds, claiming third and sixth place overall in each event. Both were lifetime bests for Hedrick. Flanagin competed in long jump and triple jump. For long jump, he jumped 20’11”, and for triple jump, his best was a whopping 43’10”, earning him sixth and fourth place in those events.