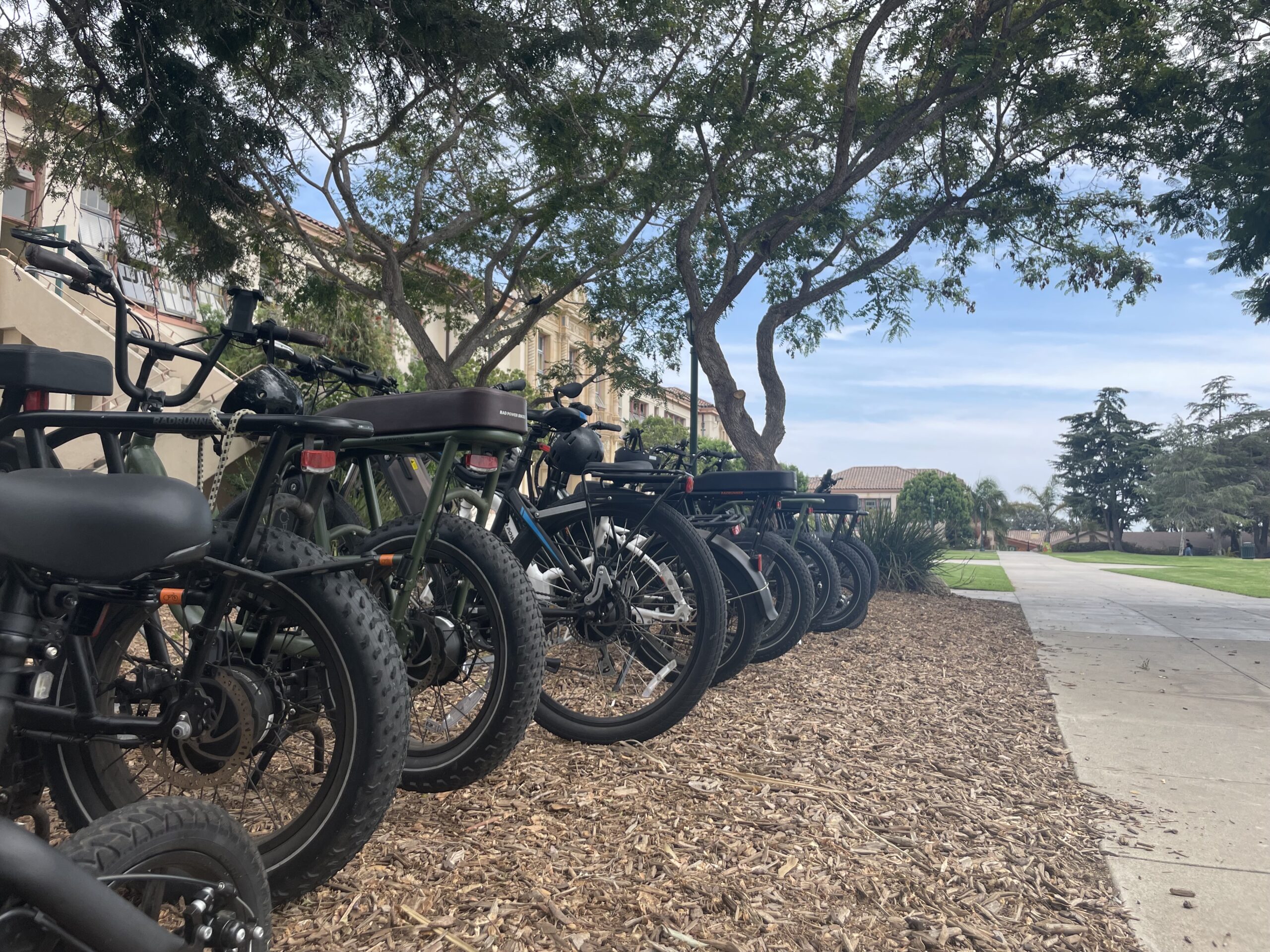 Over the past few years, Santa Barbara has seen a surge in a new method of transportation, electric bikes. E-bikes are bicycles that can typically reach a top speed of about 20 miles per hour via a battery connected to the bike. Within our community e-bikes have pros and cons; they are much better for the environment compared to non-electric motorcycles, cars, and buses because they use renewable energy instead of fossil fuels, resulting in less pollution. However with the demographic of e-bikes being teenagers, they can quickly become a nuisance to drivers or pedestrians when riders fail to grasp traffic and safety rules. The e-bikes themselves can be dangerous to riders if not used correctly, and can become fatal without a helmet. The school decided to address some of these issues regarding youth and e-bikes with a new set of rules for the 2022-2023 school year. I interviewed Dean of Student Engagement Nate Mendoza to get a statement on the new policy.

The official new school rules confirmed by Mr. Mendoza are:

The operator of a electric bicycle:

Continuous breaking of the rules may result in students no longer being able to bring their bike to school.

Concerning these rules, Mr. Mendoza said, “…We took a lot of the language from the actual laws surrounding e-bikes and are enforcing them here. Such as rules around helmets and that you have to be sixteen, that one’s a little tougher however. If we see an issue with a student on an e-bike and if they are under sixteen that could cause us to have a parent meeting, maybe that’s when we make it clear they can’t ride the e-bike anymore until they’re sixteen. There are also laws around passengers on e-bikes so again….it’s not just us creating rules around it.”

In actuality, it is not illegal to ride a Class 1 or 2 e-bike under the age of 16 or transport passengers according to the official California DMV website. That is only a school rule.

Mr. Mendoza went on to state, “The second component to all of this is just student safety. I would feel negligent as an admin to know that we have safety issues around these e-bikes and then not do anything about it…Will it be perfect and will students follow everything? No, because that’s life. We have 2,200 students. To me, if we can make an impact and make students think twice, and possibly save a student from getting hurt then it will be worth it. That’s why we’re doing it.”

Students have mixed opinions about the new rules, however a common stance on the issue has emerged, that riders younger than 16 should still be allowed to ride e-bikes to school if they are not breaking any other rules.

Here’s what freshman Alisa Alyakrinksy had to say, “The “over 16” rule doesn’t make sense, unless someone’s riding too fast, because it’s not a car, it’s a bike. It’s much easier to control.” There’s a reason e-bikes don’t require a license. Freshman William Engberg noted, “I personally don’t like the new e-bike rule because there are a lot of kids who need them to get to school.” Ramsey, a sophomore, said, “I think it’s good for safety rules, I just think a lot of kids are going to be upset, especially freshmen and sophomores.” This sentiment definitely rings true from the discussions I’ve had with lower classmen. Finally Sydney, a junior, remarked, “Honestly I think the age limit rule is kinda stupid because a lot of kids don’t have a different way to get to school, a bike is their main source of transportation.”

Time will tell if SBHS admin will decide to change the new set of rules based on student input. Until then… just don’t forget a helmet.