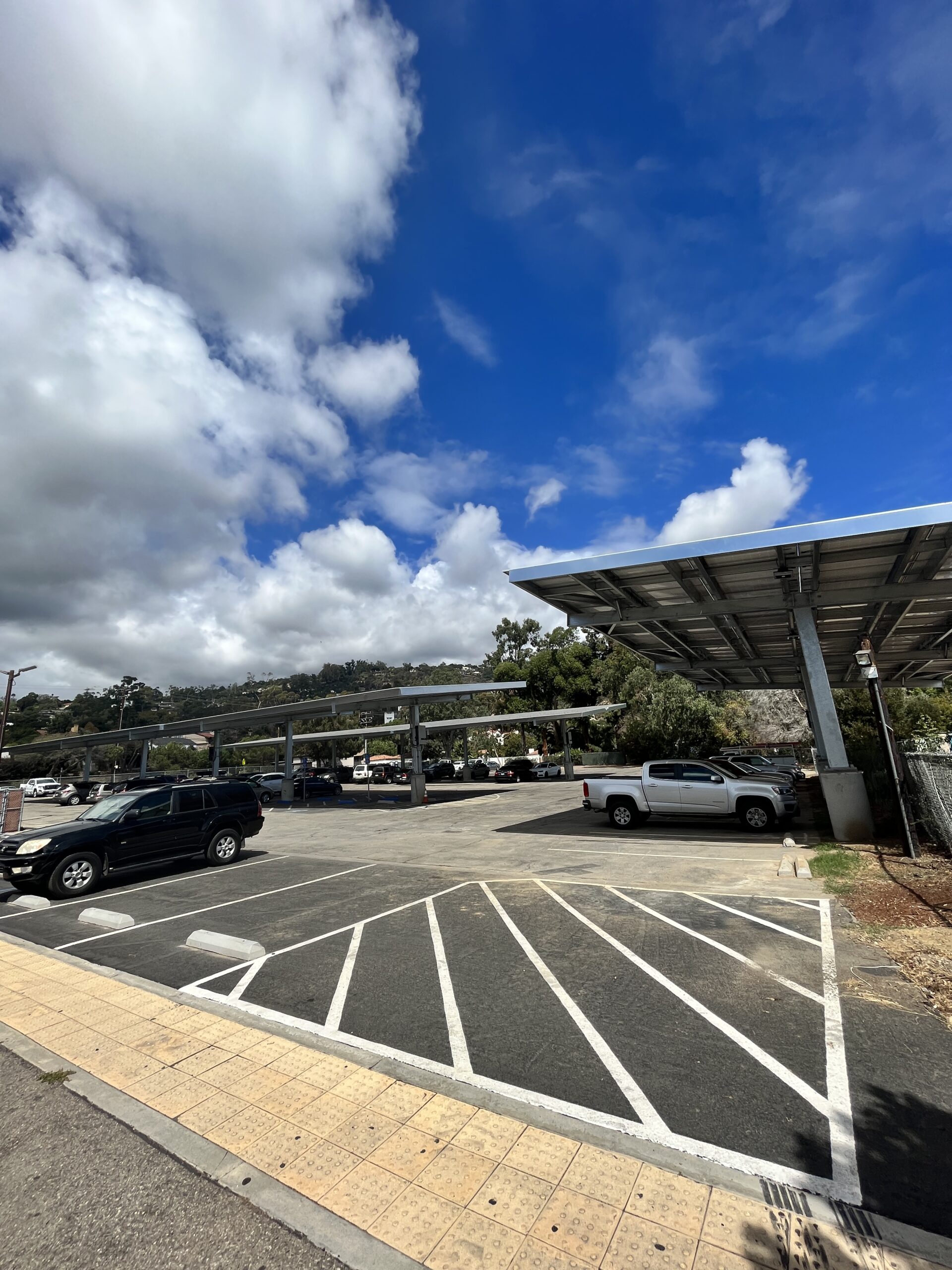 Over the past summer, Santa Barbara High School has been installing solar panels in both the junior and senior lots. As the school year started, an issue arose as the junior lot was unfinished in the installation of the solar panels. This issue became very well known as the junior lot is the largest lot for students to park in, which resulted in students having to find parking in either the senior lot or somewhere off campus.

On January 12th, the Santa Barbara Unified School District had a unanimous vote to install solar panels at Dos Pueblos High School, San Marcos High School, La Cumbre Junior High School, the District Food Warehouse & District Office, and finally our Santa Barbara High School. The board agreed to pay ENGIE, a French multinational utility company, $800,000 upfront with the district saving around, “$7.8 million in electricity costs over the life of the contract” and another “$6.5 million in resiliency costs that it would have had to been spent on backup generators,” states Clean Coalition, a nonprofit organization surrounding renewable energy, on an article about the solar panels. Installing these solar panels will help the effort against climate change and also save the district millions of dollars.

In the short term though, there are mixed feelings about the solar panel construction being delayed in the junior lot. Cailyn Hooper, a senior at Santa Barbara High School, stated that the construction of the junior lot affected her in a negative way. “Some juniors and sophomores were parking in the senior lot which caused traffic.” She also said, I am a little bit frustrated with the time it took to install the solar panels.” But she is now happy the juniors can finally park in their own lot. Tobin Shyrock, a junior basketball player at SBHS, also stated that the junior lot being under construction during the start of the year was a “big issue early in the school year because so many juniors got their license over the summer. As we got further into the school year my good relationship with Bri (a security guard at SBHS who helps manage the lot) has helped me park in the senior lot and also make all my classes on time.” Tobin said. He also mentioned on a day-to-day basis that he sometimes had to park down by the softball field or in the senior lot due to street sweeping.

The solar panels aren’t just an issue for students, but also for the neighbors of Santa Barbara High School. Mark Meinzer, a homeowner living directly next to the junior lot, talked about how it “wasn’t very attractive” but he was “hopeful with some smart landscaping it would soften the look.” Mark did state he was very supportive of the project and “I think we all have to do our part to slow the issue of global warming.” Solar panels help slow global warming through renewable energy as instead of getting energy from fossil fuels, it is harvested through energy from the sun.

The construction is coming to a close and Santa Barbara High School recently announced that the junior lot is now open. In the short term, it seems the junior lot solar panel installation has created a lot of problems but as it does come to a close both students and neighbors are happy to see the project both saving the school money and helping our active issue of climate change. Because of the solar panels the school won’t have to spend money on paying utility companies for energy and can harvest energy from the sun for no cost at all. It also saves them money through not having to spend money on backup generators and other utility and electricity costs.